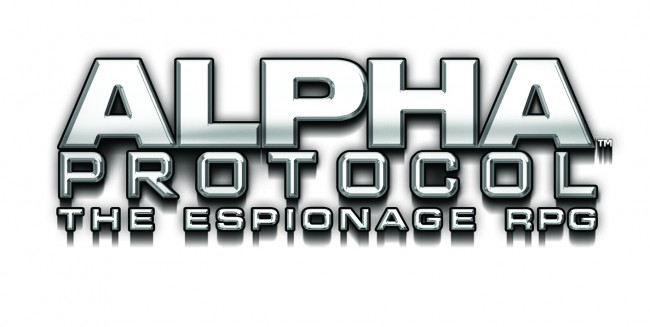 As an espionage RPG, Alpha Protocol tells the story of your typical spy-flick. As Agent Michael Thornton, you try to prevent World War 3 from going down only to find that the elusive branch of the government you’ve been working for has betrayed you. So, you’re stuck in the middle, having to thwart both the bad guys and your ex-employers. 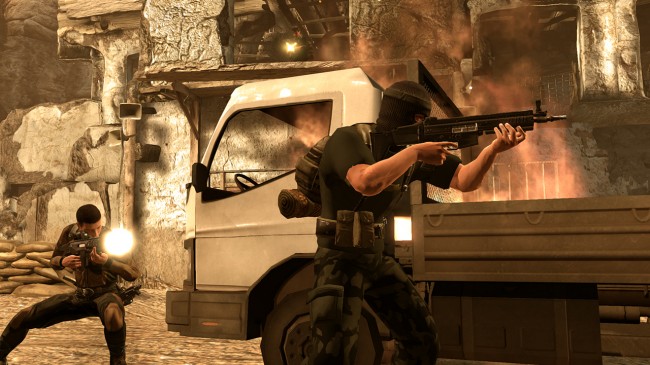 Thornton will meet about 15 NPCs that he maintains relationships with through the course of the game. Dialogue sequences often feature three main choices: suave, aggressive, and professional. Characters will like you or dislike you depending on how you choose to speak to them (think Mass Effect meets The Sims). The interesting bit is that things will go better for you if certain characters hate you. So, it’s not always a good thing to go around befriending everyone you meet. The plot is heavily influenced by how you choose to speak to people and what you choose to do in certain situations. In this respect, the game succeeds in giving the player a unique experience per playthrough.

Unbeknownst to someone who just booted the game up for the first time, some of the most important decisions you make in Alpha Protocol will occur when you’re customizing Thornton for the first time. You get to choose between a few types of characters. Two choices, for example, are the spy and commando classes. The commando class could lead to hours of frustration as Obsidian has chosen to bring more RPG into the shooting mechanic by making it probability-based. Aiming down the sights and having your target right in the middle of the retical will not always be a guaranteed hit. This is an unfortunate choice in design because the shooting mechanic is one of the things that really ruin the experience. Of course, you can improve your chances of hitting your intended target by upgrading certain stats with ability points after you gain a level. But keep in mind that after one playthrough of doing all the missions that were made available to me, I still only had enough ability points to fully upgrade about three out of nine possible stats. 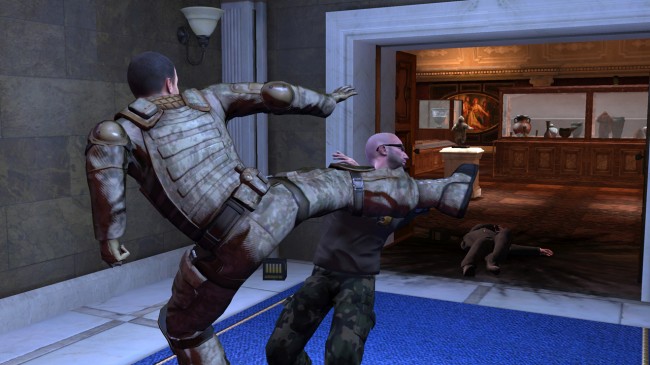 Luckily, I chose to play as a spy and mostly restricted myself to stealth and sneaking around, making sure to stay out of my enemies’ lines of sight and security cameras. And I enjoyed it. That is, I enjoyed it until I would get caught and pulled into a gunfight where I’d be reminded of the broken shooting mechanic.  Sometimes it was just better for me to reload the previous checkpoint and try again without being detected — which happened a lot.  The shooting is that bad.

Mini-games involved in picking locks, hacking, and bypassing security devices were enjoyable, but sometimes frustrating. The punishment for screwing up was a little severe as it would turn the alarm on and alert every enemy in the vacinity that I was around. Setting off an electrical/digital alarm by picking a pad lock on a fence and messing up is another thing that will always be beyond me.  How do you wire a pad lock on a fence into a security system?

Alpha Protocol’s issues aren’t limited to its combat. The enemy AI is nonsensical because enemies (with guns) would sometimes run toward me, punch me, and then walk away while shooting. Outside of dudes that do that, don’t do that, and the occasional boss fight, you won’t see much variation in enemies. 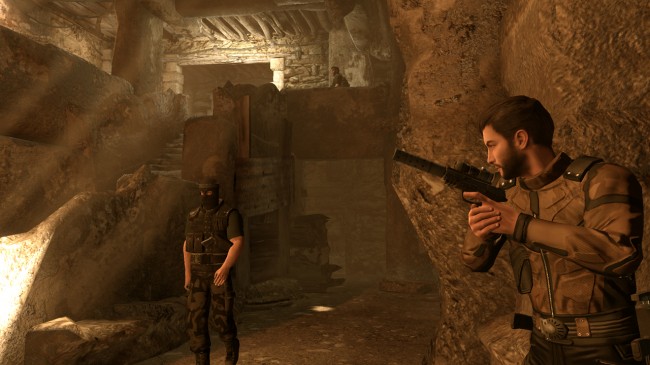 Alpha Protocol also seems to be riddled with bugs. The Unreal texture pop-in problem that was present in the original Mass Effect is prevalent everywhere, which is really disappointing for a game that has seen so many delays. You can be in your inventory, flipping through different sets of armor and wait seconds until all the textures load up.

Although the game does have various middles and endings, these bugs make it difficult to do a second playthrough. At one point, I had respawned after death and went through the door that I had just come from, only to see the city skyline and black ground. But Thornton was on a mission in a park, and the door I was looking through was supposed to be more park ; there was supposed to be grass where there was a black hole. I walked through to check it out, and I fell into an bottomless abyss.  Again, I ended up having to reload my previous save.

This review is based on an Xbox 360 version of Alpha Protocol that was sent to the reviewer by Sega.