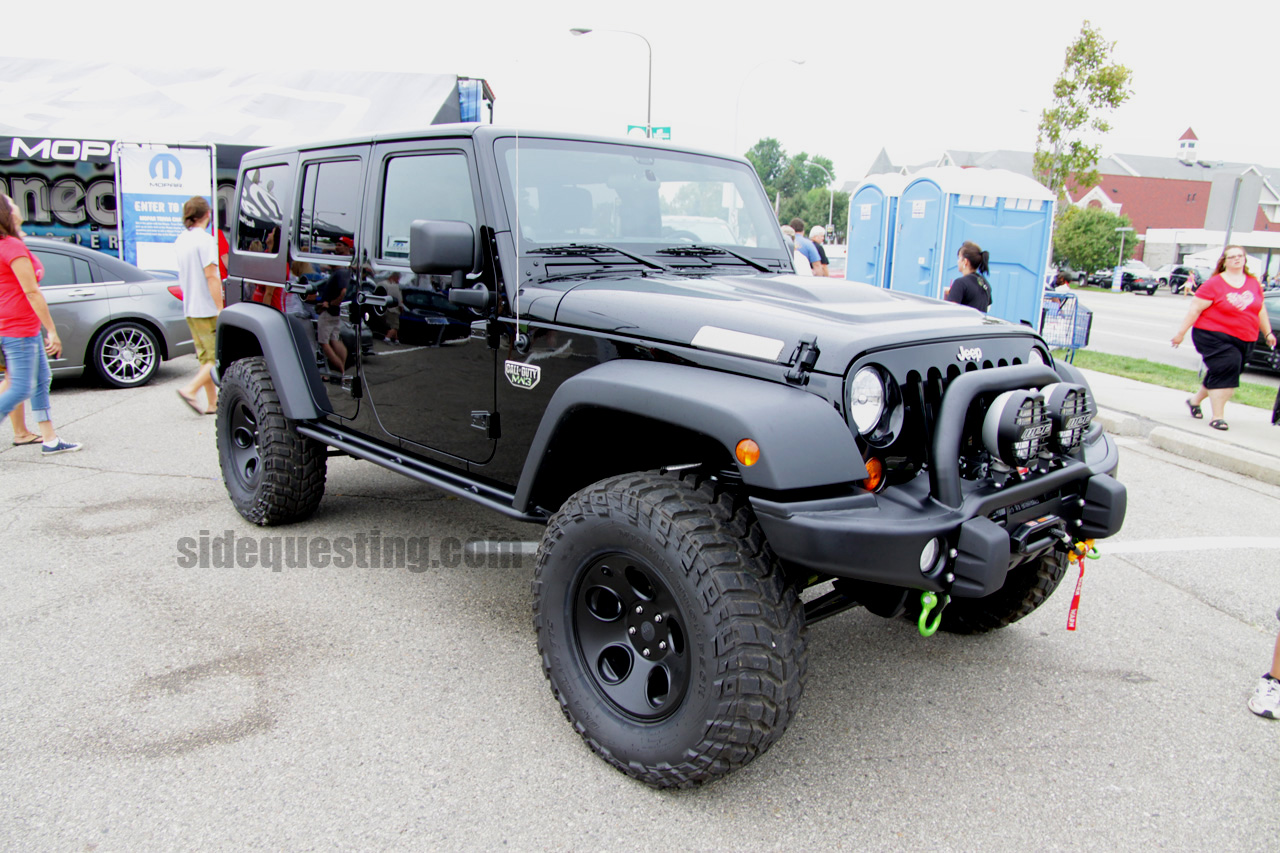 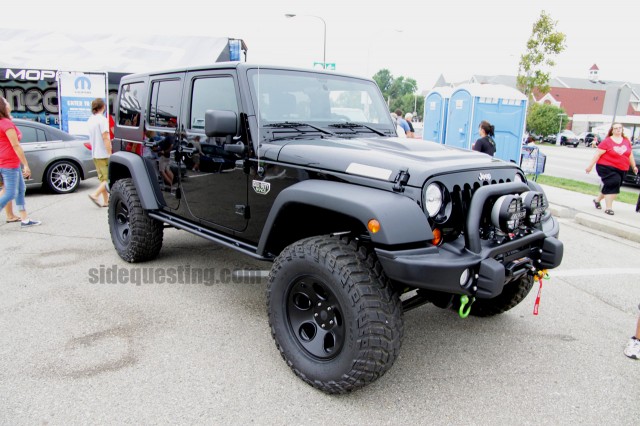 Is a classic car show a good place to find gaming news? Probably not.  At least, not unless the show is Detroit’s annual Woodward Dream Cruise. The rolling event, which spans several miles and over a million people in one day, brings hobbyists, collectors, and manufacturers together in a epic display of muscle.

Chrysler’s MOPAR division chose this location to showcase several of its own muscle, including the update to last year’s Call of Duty Black Ops Edition of the Jeep Wrangler Rubicon, and we had a first look. 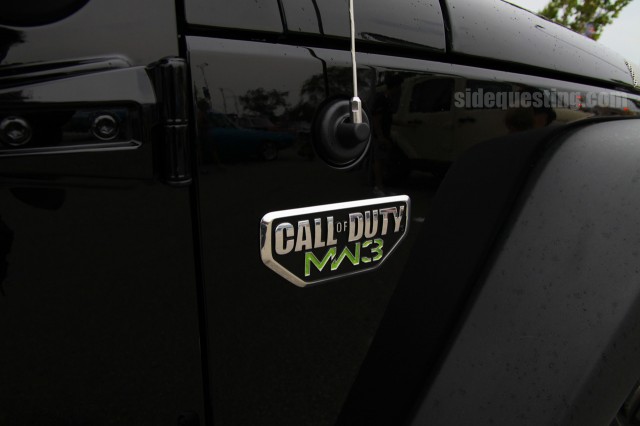 The aptly named Call of Duty Modern Warfare 3 Edition looks to be a worthy successor to the Black Ops Edition for one reason alone: you’ll actually be able to drive this one without terrifying neighborhood children. Where the Black Ops version was offered with over-the-top accessories like snorkels and break-away doors, the MW3 Edition is based more on stealth and designed-in utility. 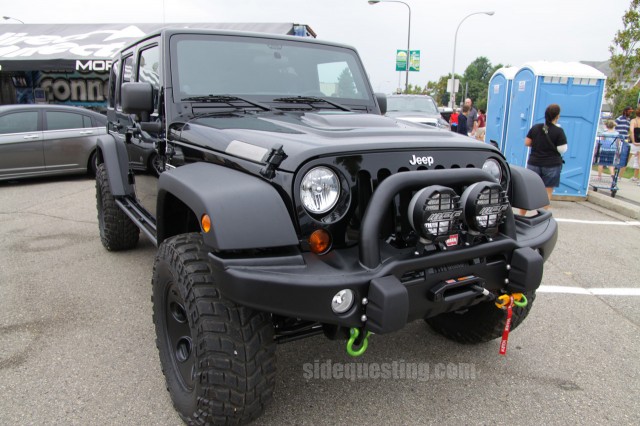 We spoke to some of the Jeep staff on hand to get details on the vehicle.  The most important thing they told us, which they’d learned from the 2011 model year version, is to put more attention to some of the finer details.  This includes a bumper redesign in the front that spaces the fog lights further apart, an update hood with several functional mesh grilles , new wheels, and a rear bumper that can be filled with water for “a variety of uses”. 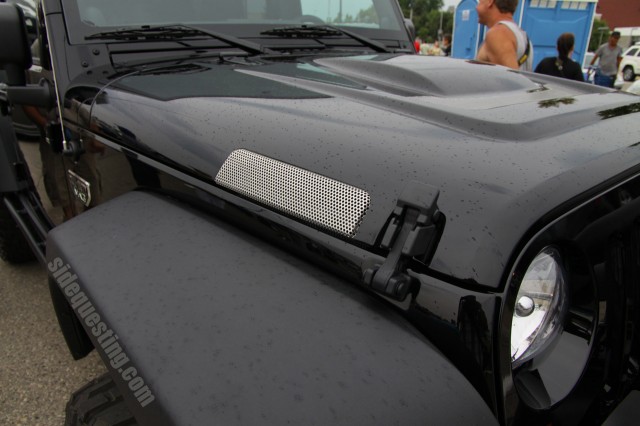 Other details include updated emblems. Where BlOps used flat decals, the MW3 edition uses metallic emblems and badges to showcase its newness. This was all part of an attempt to help not only differentiate from last year’s model, but to also to emphasize the “Modern” part of the game’s name. In the very near future, it seems that sculpted features are more important that slapping basic badging on a car. Smart move, as it’s quite striking as a feature. 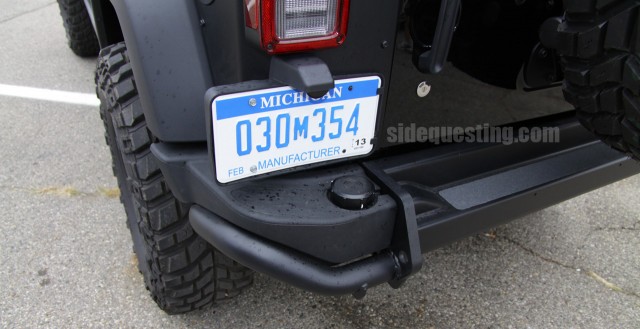 The team told us they still have a lot to do before this Fall’s release, including working on the interior elements (the seats and many IP elements were still being designed) and exterior accessories. From what we saw, though, the changes that they’ve made are already looking great.

Look for more information to be revealed this Fall. 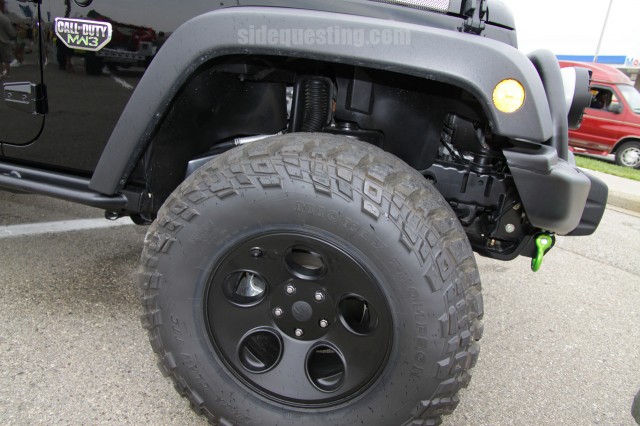