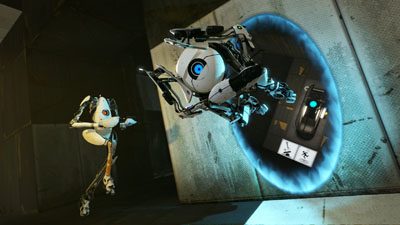 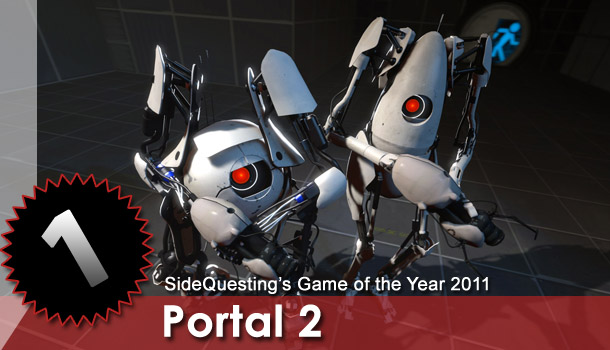 It’s a difficult task to top a nearly-perfect gaming experience. Excellent storytelling, engaging characters, and thrilling puzzles are already a rare combination, and one that is usually impossible to follow up in a sequel. In fact, it becomes very easy to be let down by a sequel to a game we love as a less-than-stellar sequel can ruin our impressions of the first.

Valve Software has an incredulous record of sequels that top their predecessors (when they actually release, that is), so when they announced that the wonderful Portal would receive one the entire Internet let out an excitedly happy “whoop” without knowing a lick of what the game would encompass. The initial expectations were massive; how would the beloved game’s simple brilliance of mechanic and snappy, humor-filled plot translate to this new game, and would it need to be similar to the original or something completely new?

The development team quickly let fans know that the core of the game — shooting portals — would remain, while new mechanics and physics-based puzzles would be added. Further on, cooperative play was announced and a wonderful voice cast was revealed, and even Steam integration for the game would come to the Playstation 3. The game seemed to be pushing all of the right buttons leading up to its release, but the niggling feeling remained: would Portal 2 actually live up to the hype? 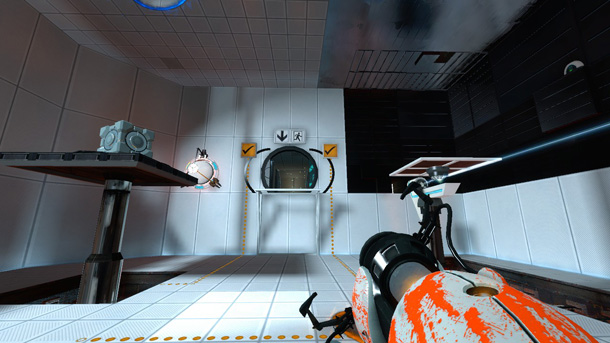 It’s not just the “When Nature Calls” version of Portal. Yes, it carries over many of the same constructs of the first game — notably, the mind-mending puzzle structure and the humor — but it uses them as a pedestal to jump from instead of copying. The new mechanics that result from the gels, vortexes, jump platforms and gravity lifts allow for some of the greatest puzzles in video game history, almost always resulting in “oohs” and “ahhs” and “holy shit, it worked” responses when playing. What may seem like an accidental solution is almost always the one that Valve intended. We are supposed to figure this out, in any way possible, even if we’re meant to break the game.

The co-operative play is itself an amazing feat. It isn’t just an extension of known Portal 2 levels, or a clone of it’s magnificent plot, but an entirely separate game on the same disc. Heck, it’s perhaps a better experience than the single-player mode.

And speaking of the plot: the character development and several narrative twists throughout the adventure are simple, yet extremely fulfilling. It’s not a new plot, by any means, but the delivery is magic. Wheatley, voiced by Stephen Merchant, may be the greatest bumbling sidekick in video game history, and his rise within the game’s plot left us hoping to see him again post-Portal.

Valve created a true masterpiece that should be played over, and over, and over again, with and without friends, for everything it has to offer. It’s better than a sequel should be, even for an already-beloved classic, and sits alongside Bioshock and Uncharted 2 as the greatest games of this generation. Quite simply put, Portal 2 was an easy selection for Game of the Year.