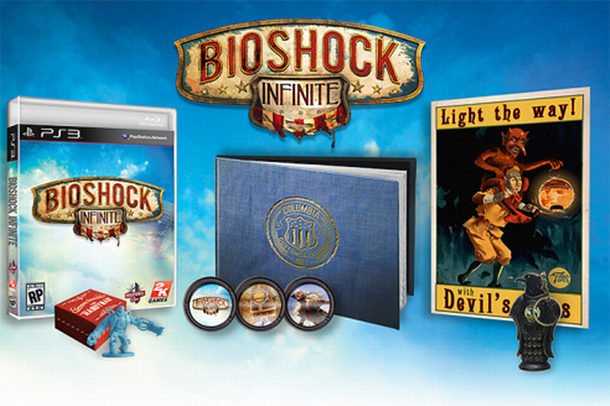 Best Buy is honoring many of its canceled BioShock Infinite preorders with free copies of the game. That’s right: some of the canceled orders are getting fulfilled, for free.

“Recently, your order for X360-BIOSHOCK INFINITE PREMIUM EDITION (6970182) was cancelled in error. I apologize and understand the confusion and inconvenience that this has caused.

We would like to make it up to you by sending you this product, via expedited shipping, free of charge. You can expect to receive your product around the street date or when the inventory becomes available.”

That was the email that many received today. A phone call in to Best Buy Customer Service confirmed the news, though it’s unclear if all or only some of the canceled orders will be fulfilled this way, and if this affects both the Xbox 360 and PS3 versions, or just the Xbox 360 (all of our contacts have been Xbox preorders). The representative we spoke to cited calls and communication from several customers as the reason for the move. It’s a good showing by the retailer, and it’s a positive customer service and PR move.

We’ve also confirmed with several people that this includes the Songbird edition of Infinite, which means that I know which version I SHOULD have preordered.

So yeah, sometimes it pays to preorder.

[UPDATE] It includes both Xbox 360 and PS3 orders, we have confirmed.