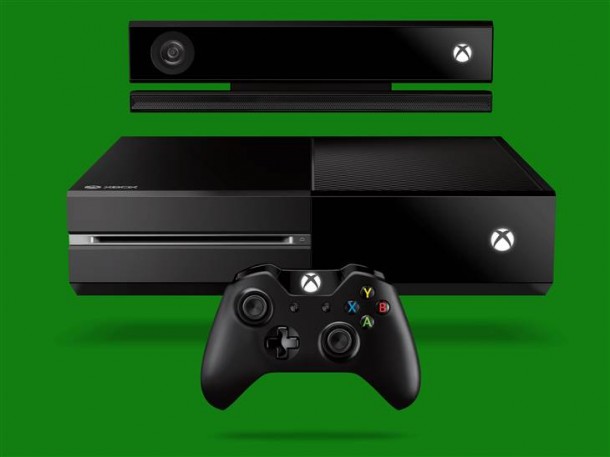 Update: Eurogamer clarified how the Xbox One will handle game ownership and used games with Phil Harrison.

The disk, or the content of the game can be on any Xbox One console, but the rights to play the content is tied to the profile. Everyone can have the content on their console, but can only play it if the owner is signed into his or her profile. Without the disk, but still the content, the friend who owns the console can’t play on their profile unless they pay a fee for it, which Harrison has said will be similar to, if not the same price the original owner paid for it. If that doesn’t make sense, read Harrison’s explanation from Eurogamer below.

“So, think about how you use a disc that you own of an Xbox 360 game,” he began. “If I buy the disc from a store, I use that disc in my machine, I can give that disc to my son and he can play it on his 360 in his room. We both can’t play at the same time, but the disc is the key to playing. I can go round to your house and give you that disc and you can play on that game as well.

Harrison then explained what happens when you want to take that game beyond the borders of your own home and into a friend’s place.

“I can come to your house and I can put the disc into your machine and I can sign in as me and we can play the game,” he explained.

“The bits are on your hard drive. At the end of the play session, when I take my disc home – or even if I leave it with you – if you want to continue to play that game [on your profile] then you have to pay for it. The bits are already on your hard drive, so it’s just a question of going to our [online] store and buying the game, and then it’s instantly available to play.

“The bits that are on the disc, I can give to anybody else, but if we both want to play it at the same time, we both have to own it. That’s no different to how discs operate today.”

The freshly announced Xbox 360 successor the Xbox One will require an Internet connection every 24 hours to play games, according to Kotaku who recently spoke with Microsoft Vice President Phil Harrison after the unveiling event in Redmond, Wash. today.

Microsoft has not said why the system needs an Internet connection. One reason could be to verify if the player owns the rights to their games.

Various reports cite Harrison claiming Xbox One games will require players to input a one-time activation code before installing the game on their console, similar to PC games, requiring used game buyers to pay a fee to install and play it on their own console.

In a post on the Major Nelson blog, Xbox’s Larry Hryb wrote, “… should you choose to play your game at your friend’s house, there is no fee to play that game while you are signed in to your profile.” Hryb doesn’t say whether or not players will have to pay a fee to install and play a game tied to another player’s profile on their own.

Harrison told Kotaku games will be playable by all other profiles on the same console, but we’re not sure what that means if a player downloads his or her profile on a friend’s Xbox One.

Harrison also said Microsoft has “a solution,” that will let players trade used games online that will be revealed at a later date. Hryb doesn’t deny the report, but wrote, “While there have been many potential scenarios discussed, today we have only confirmed that we designed Xbox One to enable our customers to trade in and resell games at retail.” “Beyond that, we have not confirmed any specific scenarios.”

Given Microsoft’s inconsistency with its answers about used games, and if they’re tied to individual consoles or profiles, we’re going to take everything with a grain of salt until it shows us exactly how the Xbox One functions.