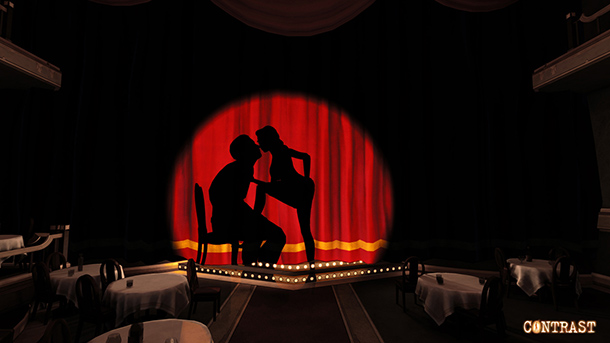 One of the games we’re most excited about around the SideQuesting parts is Contrast. Back at E3, we called our demo “fascinating” and “often touching and heartbreaking.” The combination of music and art creates a sublime environment, tied together through the evocative shadow-play game mechanism.

Well, the game is now available to preorder on Steam, and to celebrate publisher Focus Home Interactive has released a new trailer. Trailers! Yay!

The story trailer gives us a glimpse into the relationship that Didi, the child which the game centers around, has with her father and mother, and how that manifests into the character of Dawn. The ideas of shadows representing memories, Dawn as a courageous imaginary friend, and music as an almost seductive lullaby seemed to work together so well back in June. We’re hoping the theme is strong enough to make it through to the final product.