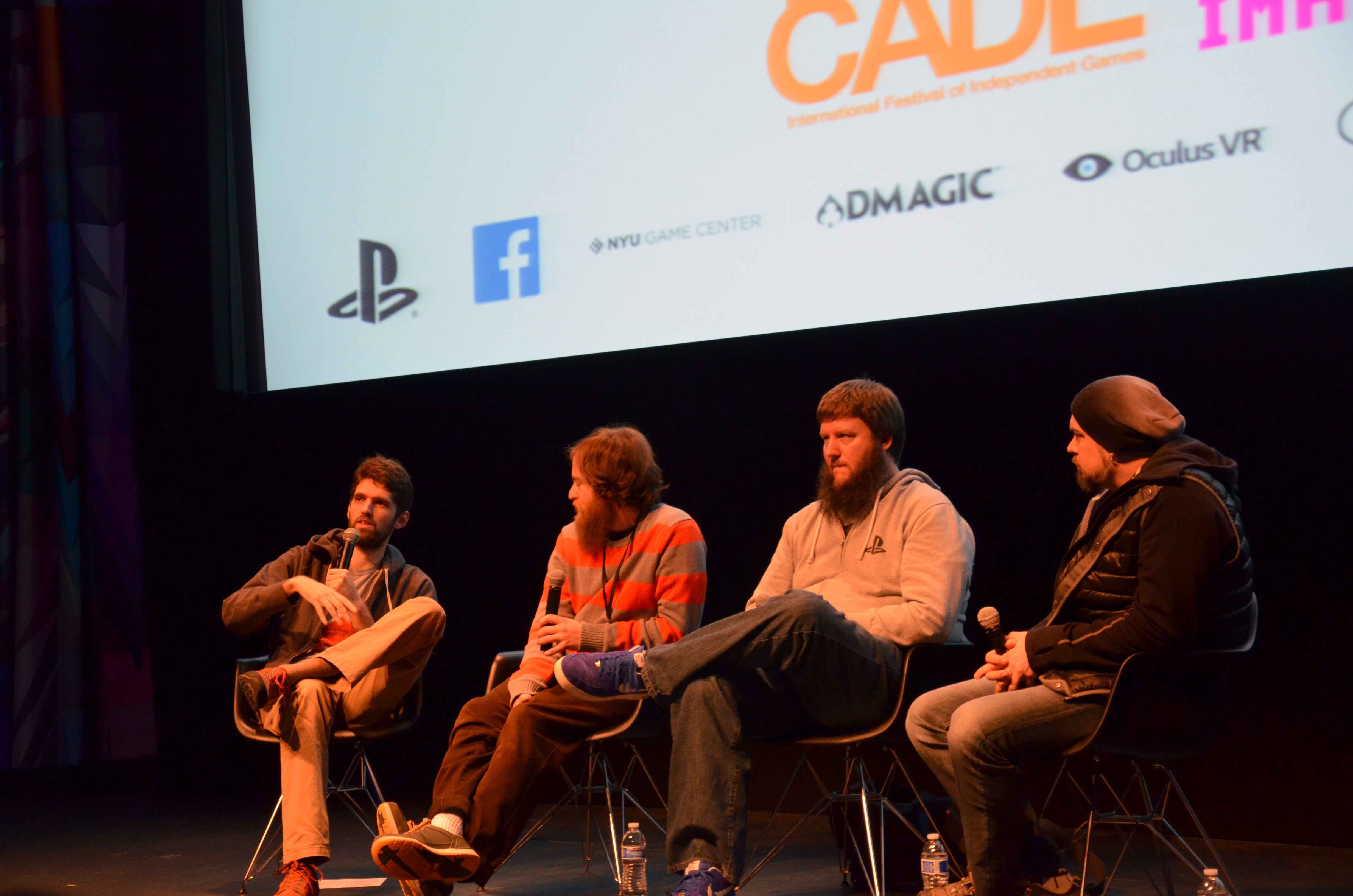 One year ago at the PS4 announcement keynote, Sony followed the release of the trailer for Jonathan Blow’s game The Witness with big news: Sony’s new aim to partner with the independent game development community. So it’s no surprise Sony started the second day of IndieCade East with a casual keynote staring two exciting independent developers, Doug Wilson, creator of J.S. Joust, (Sportsfriends) and Jack Kazdel (17-bit).

Sony highlighted their commitment to the indie community by spotlighting Wilson and Kazdel in a discussion about their experiences working with Sony on console games. Kazdel showed off Galak-Z and teased a late summer release while thanking Sony for the new way they approach licensing. Wilson brought a new trailer that will go online when Sony finally nails down its Q1 2014 release, and spoke honestly about how many parts to game development he and the rest of the Sportsfriends team did not expect.

From Kickstarter campaigns to different engines, both developers told stories highlighting the ups and downs of an overall good new partnership with the Sony team. Other intriguing topics of the panel included challenges that come from Unity development on the system, ideas about how Sony could approach an “Early Access”-esque service that differs from Steam’s approach, and zero charge for downloadable game patches. More thoughts about Sportsfriends, Galak-Z and the rest of IndieCade East to pop up over the next week.

More thoughts about Sportsfriends, Galak-Z and the rest of IndieCade East to pop up over the next week.