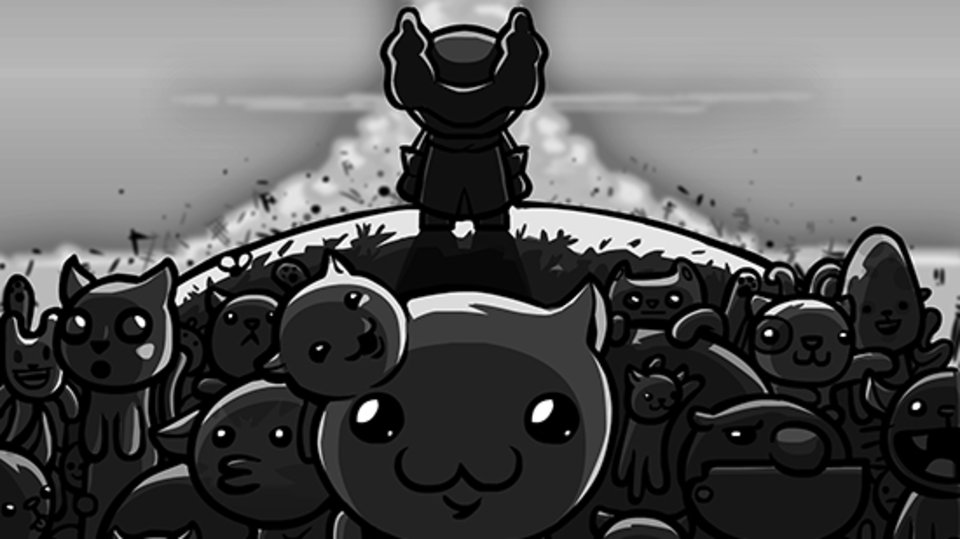 Mew-genics, the follow up to Super Meat Boy by Team Meat, was playable for the first time during PAX East 2014 last weekend. To quote Edmund McMillen in an early update about the game, “at its core the game really isn’t like anything we’ve seen before.” After spending some time with it at PAX East I can confirm that it is indeed madness and not like anything I would have expected.

The demo begins with a charismatic character explaining to you that cats are one of the most advanced creatures on earth and that it is your job to breed them to create the perfect one. As you can tell by images and the video above, Mew-genics embraces the surprisingly dark themes surrounding the subject matter but with a lot of charm. Dialogue from all of the characters is funny, and invites people into situations where you are battling cats or throwing a dead one in the trash. 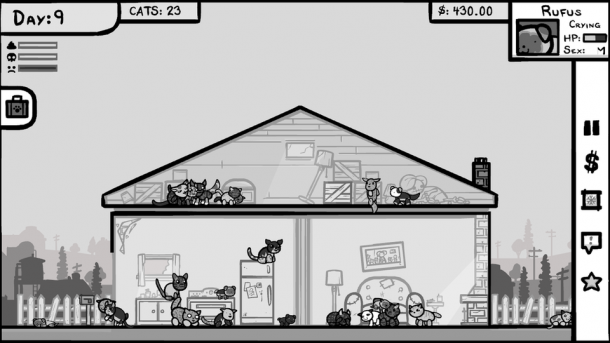 Team Meat describes the game as part Pokemon, part Sims, part Animal Crossing and a “dash” of Tamagotchi, and again they are not wrong. Only two shops were open in the demo and the game floods you with enough money to buy plenty of food for the cats. None of the forthcoming customization options were present, because the focus of the demo was on the Pokemon-esque back alley fights.

Right outside of your house is a bulletin board with flyers for the events that you can enter the cats into. In the full game there will be beauty pageants and races, among other events, but if the fights are any indication the full variety is going to be unpredictable. The battles are turn based, where stronger moves take more turns to recover from than the simple ones. Some simple moves are splash and flail while the more complicated moves involve the cat separating its limbs and fusing them back in order to recover.

Something special happened during my play through, when one of my cats got pregnant and gave birth to several kittens. I thought I over fed her until tiny cute cats came out, and one of them had the classic items an old-timey hobo would have. Apparently there is a small chance that the cats being born will take on the quality of the house, and mine was in bad condition.

In that bizarre moment I realized that Mew-genics has the potential to suck hours of my life away. It has no firm release date yet.