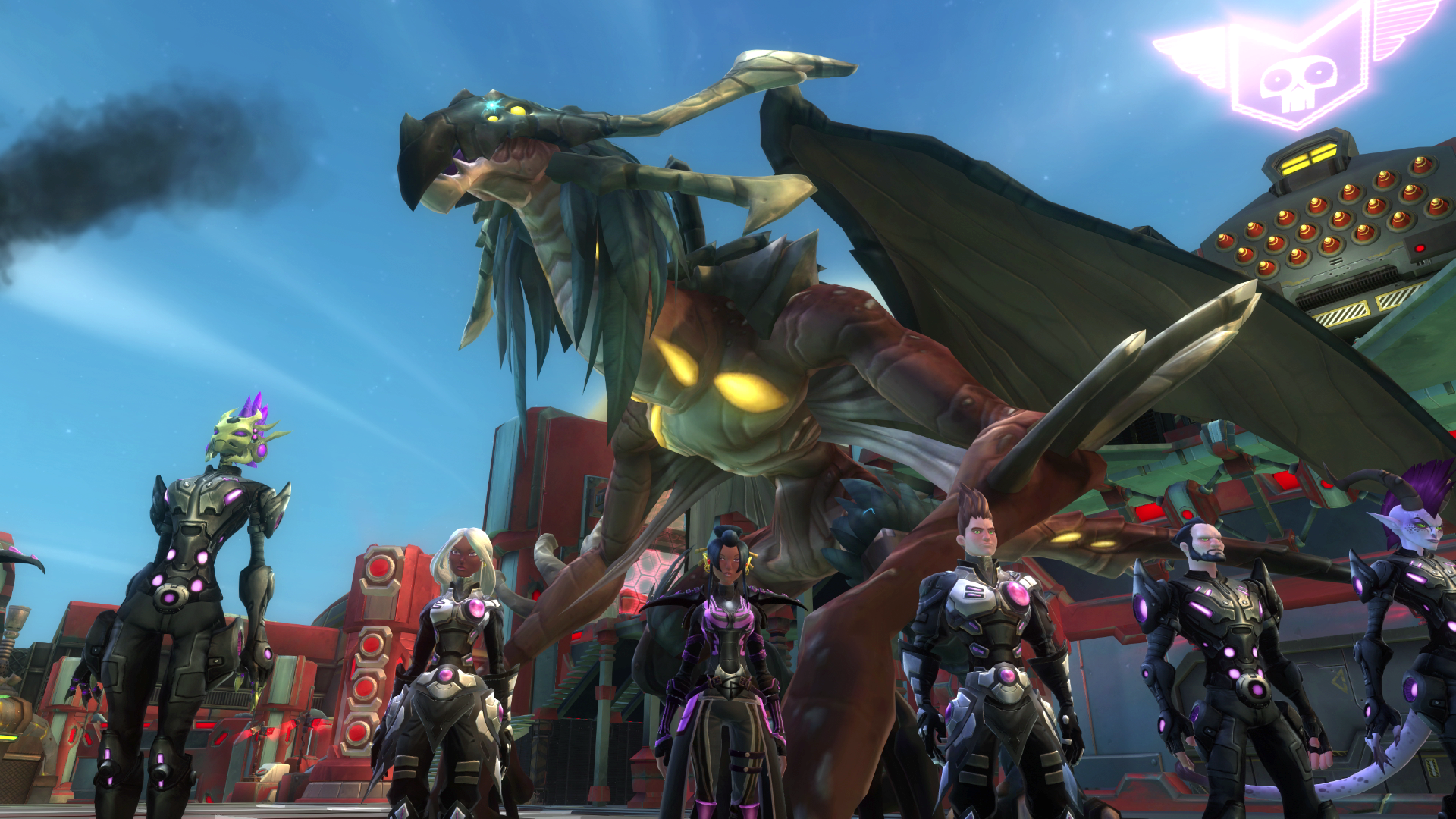 Carbine Studios’ Lead PvP Designer Jen Gordy unveiled a new endgame mode for NCSOFT’s upcoming MMO, WildStar. Warplots introduces a “red vs blue” dynamic to WildStar and will pit teams of up to 40 characters up against one another on a battlefield. A Warplot is a flying base with 7 plugs that players can customize to their choosing. Don’t have 39 friends? That’s fine; you’ll be recruited by a guild to act as a war mercenary for their team for a match. During each battle (which could last about 30-45 minutes), both teams compete for in-game currency called warcoins, which can then be used to upgrade one’s warplot even further. 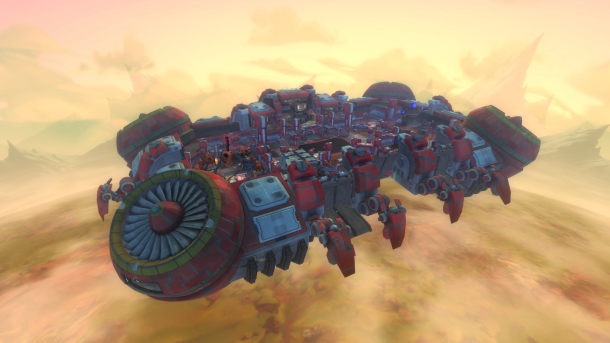 Upgradable additions to a warplot are called plugs. Certain plugs can provide certain bonuses to the team such as providing buffers or items that players can carry into battle. Each plug can be damaged during battle and can be repaired with warcoins during or after each match. One plug that was revealed to us at PAX East allowed you to fill a room with poisonous gas. This will cause enemies who are in your warplot to take damage while any friendlies get to done hazmat suits when they are in the gas-filled plug. Based on your strategy, you may want a plug to supply you with items or act as a defense from attackers. Plugs called superweapons (like the rocket launcher below) can be used as an offense to ward off enemy guild members. 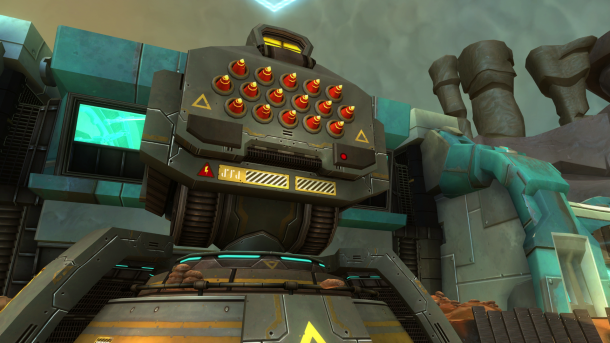 Warplots also brings the need to go out as a guild and take down bosses when not in PvP competition. The advantage of doing so allows players to take that boss and summon them during battle. Other large allies can be created using robot factory plugs which build mechs that fight on your side. Choosing which plugs you place where and what kind will be important as each plug can be deactivated when attacked at a certain location.

Warplots seem to definitely add a new dimension to the MMO experience that WildStar is trying to provide to players, and this could be important as it certainly looks like something that other MMOs don’t have. It seemed to be a mash-up of a tower defense game and a traditional MMO. One question that we do have left, however, is how much a warplot will cost for gamers who are not in the endgame experience. Warplots is definitely an interesting addition to the game, but one can’t help but be wary when the phrase “in-game currency” keeps getting tossed about.