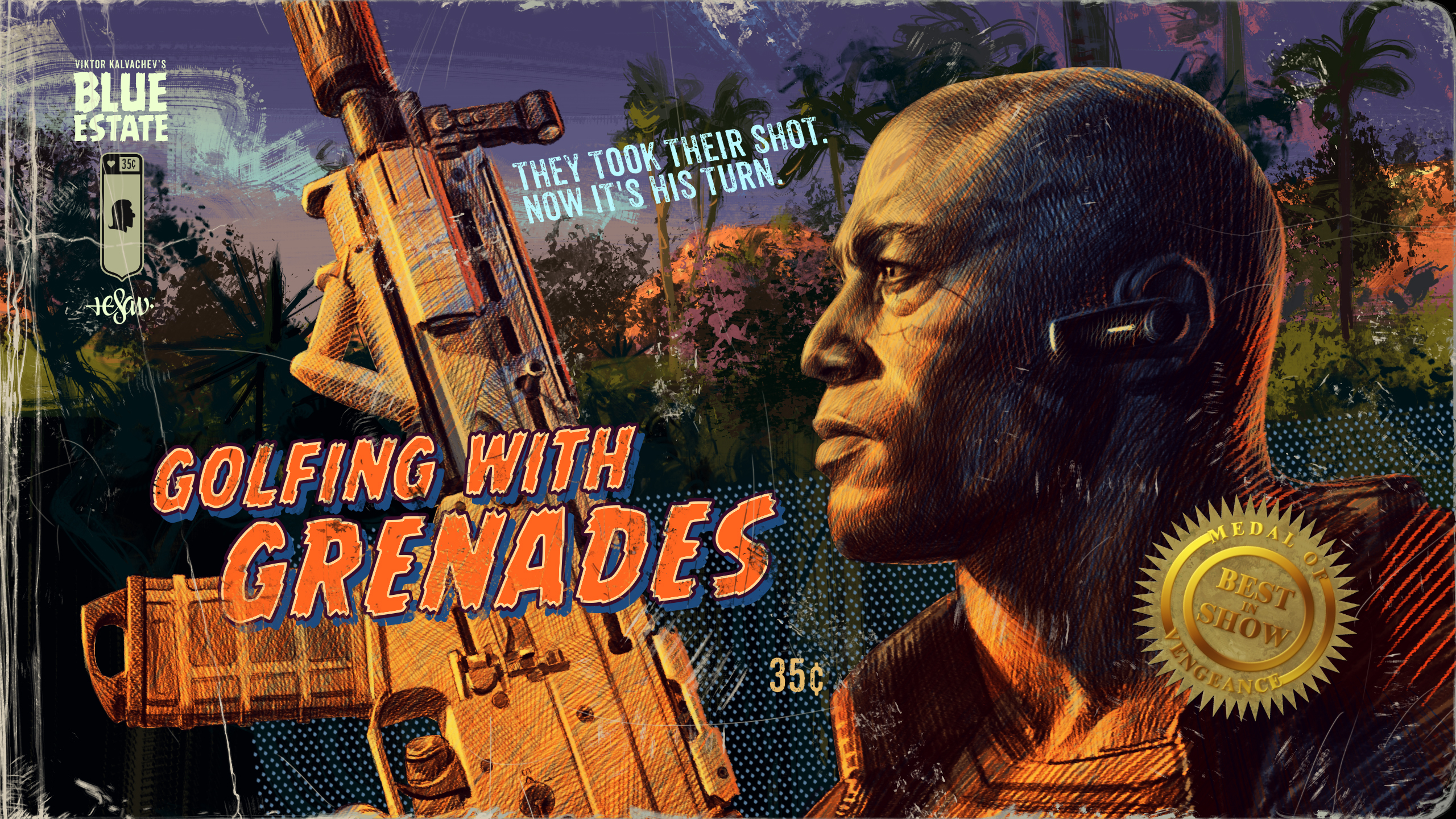 Blue Estate opens with a disclaimer, warning that what constitutes the next three-and-a-half hours of your life consists of “horrible things.” If you dare to venture that far ahead, enduring a genuine conveyor belt of shoddy one-liners, embarrassing stereotypes, and awkward controls, you’ll realize just how tame a notice that is. Even with some moderately-functional DualShock 4 support, Blue Estate’s story and characters are near-universally deplorable, to the point where I was embarrassed to play around others. No amount of mechanical success can make the mental barrage lying at the heart of Blue Estate into something acceptable. 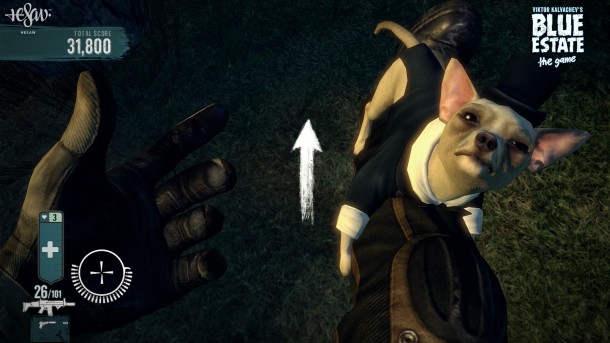 Where actual playability is concerned, Blue Estate is a reasonably successful rail shooter. The DualShock 4 works as a lightgun for a good ten to fifteen seconds at a time, at which point you’ll have to press L1 to re-calibrate it. You can swipe in all four cardinal directions on the touchpad to pick up health and ammo, but you’ll mostly be using it to swipe away your hair or kick chihuahuas getting busy with your leg. Those two events will happen about fifty times too many over the course of seven levels.

Blue Estate concerns two playable characters, one of whom is, at the very least, tolerable. Clarence, a man who I don’t believe revealed his last name over the course of his adventure, manages to squeak out some chuckle-able moments from his radio banter with the bumbling Lino and Mauro. When he stumbles into a women’s locker room, he expresses what could be taken as genuine embarrassment. He’s the focus for a slim majority of the game, coming across as a character who’s aware that his actions are morally questionable, continuing to mow down hundreds of individuals to fix the untenable crimes of our central eyesore, Tony Luciano. I’ve almost run out of nice things to say.

Everything else is horrendous, both in content and simple aspects of gameplay. Luciano is a misogynistic pig without a redeemable quality, whose utterances make Duke Nukem seem like a tame schoolboy. Every woman in the game, of which there are two, are either made fun of or displayed only in a grossly sexualized fashion. The game’s narrator, an obnoxious and breathy private eye, is interrupted and subtitled by a series of revisions from the “Bureau of Procrastination,” which amounts to a freeze-frame while some approximation of a bad, outdated joke from The Colbert Report’s “The Word” skit is displayed. This will happen a hundred times, and you will sigh at ninety-seven of them. 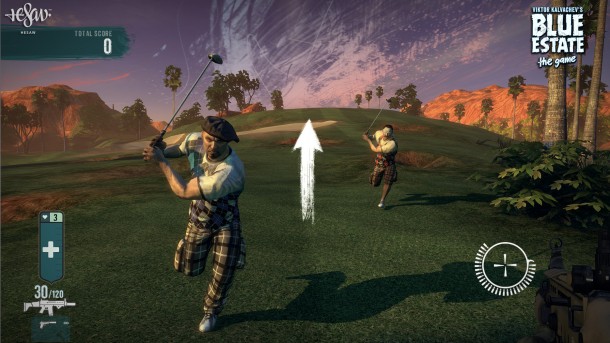 There are about five weapons, and two of them have such a dramatic auto-aim that they make slogging through with the basic handgun relatively tedious. One can also find frequent use of “reload” and “cover” mechanics in Blue Estate: cover is mostly useless, and reloading occurs so often and takes so long that the adrenaline surge of a good rail shooter rarely has time to settle in. Many of the swipe gestures for environment interaction are drawn out for no reason, further contributing to this. It shouldn’t take a hardened ex-Seal three seconds to jump over a hip-high gravestone when eight dudes are shooting at him.

What makes me saddest about this is that, despite all of these glaring and disfiguring problems, there’s the occasional flash of good rail shooter design. If you keep a trigger finger locked to L1, moving the controller about is actually reliable. The levels are fairly short, which makes the $20 price tag even more absurd, but the encounter design is varied until you realize how laughably inaccurate every single person you shoot must be. At one point, I sat four feet away from four different caricatures blasting their Glocks with glee for a good four seconds or so before one actually shot me. It was unsettling.

I just can’t, in any good conscience, recommend that you buy Blue Estate. Though the foundation is solid, nearly everything built on it is a sophomoric example of where games need to move away from with all due haste. Glaring problems with the story aside, the game itself is just lifeless encounter after dated joke.

This review is based on a PlayStation Network code sent to SideQuesting by the publisher.