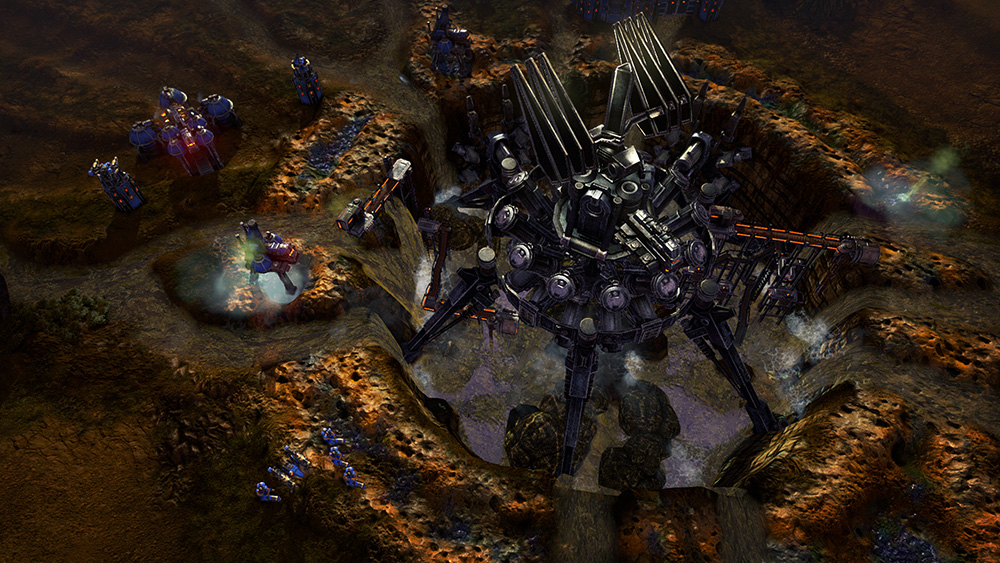 There’s quite a bit to admire about Grey Goo, and a lot of “but(s)…” to throw about. It sets up a bleak world with a handful of interesting characters, but doesn’t stay around long enough to be all that memorable. The hallmarks of its macro-focused core strategy are familiar but innovative, giving birth to one of the most unique RTS play-styles since the Baneling Rush in the gelatinous Goo. Though my frustrations with its campaign were numerous and mounting the further I got, there’s little denying that the very asymmetric nature of Grey Goo’s three races lay the foundation for clever strategy on the competitive side. If the single-player-centric content was allowed to breathe a little, it would make a much more impressive mark on the genre.

In its current form, Grey Goo is a fine but flawed real-time strategy experience for solo players.

On an undisclosed planet, a science experiment gone awry brings the fiercely resilient Beta into contact and conflict with a technologically advanced humanity. As their skirmishes play out and the Beta attempt evacuation aboard an enormous flagship, the Goo – a construct of hyper-intelligent nanotechnology – crashes onto the planet as well, eventually forcing the two humanoid races into an uneasy truce. It’s a story told before, with character arcs we may remember from other popular space-centric RTS games, but the relative likability of Beta commander Aran Saruk and Singleton, an artificial intelligence given a second chance in the battlefield, kept me engaged when the actual content of the campaign wasn’t.

Grey Goo’s campaign is equally anemic and aggravating, giving us just enough time to get used to a race’s quirks and strategies before giving us a whole new mindset to wrap around. The stark differences between the races work against the campaign in this respect, as the mission difficulty continues to ramp up even while we’re coming to terms with a new base layout or, in the case of the Goo, an entirely different play-style. Aggressive AI can make for several instances of screaming and mission restarts, the most egregious being the fourth mission (out of fifteen) where groups of Goo assault our tiny Beta base at the 90-second mark. Nothing presented is insurmountable, and mission objectives are varied enough to not feel boring, but several “bonus” objectives are not optional and the overall swings in difficulty feel awkward. 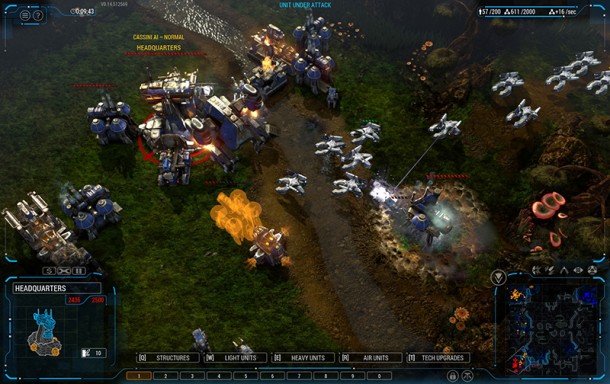 The actual strategic differences between the three races are Grey Goo’s strongest point, each presenting their own unique twist on the core RTS procedure. The Beta will be a familiar play-style to most, relying heavily on defensive structures, artillery and “hub” buildings that our factories and hangars will build off of. Humanity relies on Protoss-like power grids, like those found in Starcraft, opting for physical electrical lines to be constructed in order to build anything. If those energy conduits happen to get blown up, everything not connected to the central headquarters (of which there can be only one) is immediately taken offline. It can be a bit frustrating to try and spread out very far as the Human side, as this reliability on hub connectivity makes it a much larger risk-reward scenario.

Straying much further from these two relatively normal races are the Goo. Beginning each match with a single Mother Goo, they sidle down over a pool of “catalyst,” Grey Goo’s sole currency, absorbing it in order to undergo a mitotic split into smaller Proteans, factory equivalents and units unto themselves. The Goo never feel constrained to one spot, darting from pool to pool and slowly controlling the map in a manner similar to but still different from Starcraft’s Zerg. I can imagine that playing against the Goo in a multiplayer match is a drawn-out affair due to their slippery nature, but they represent the most original and refreshingly new way to conquer. 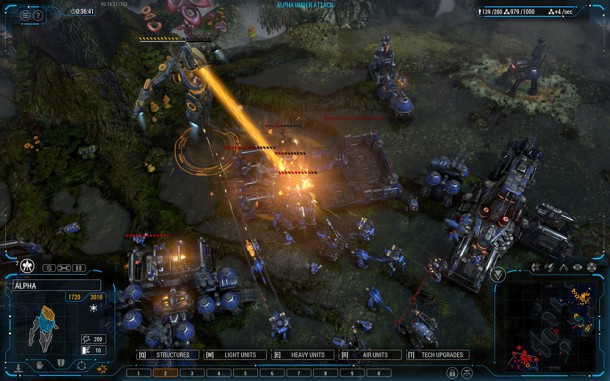 There’s a place for Grey Goo in the still-recovering RTS genre. Its campaign is far from strong, but the core strategy is promising and accessible, with the Goo likely having a skill ceiling much higher than its competition. If the campaign is able to be fleshed out more post-release and the racial balance receives a few refinements, there’s a chance this could become a hallmark strategy game in the years to come.