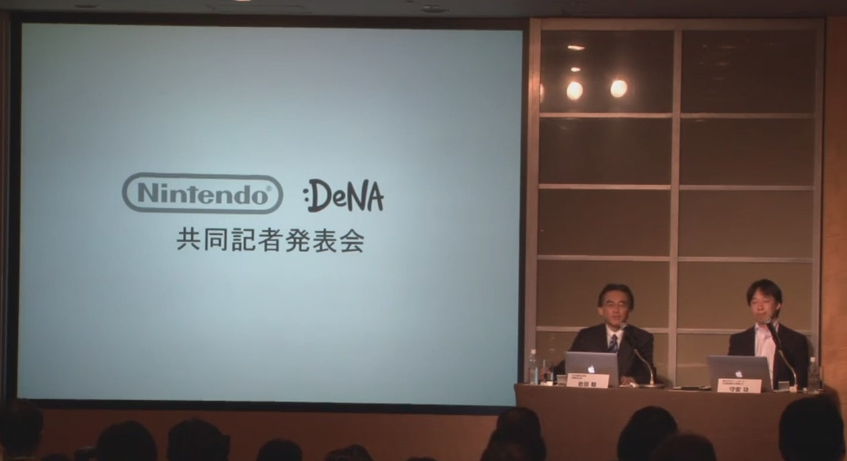 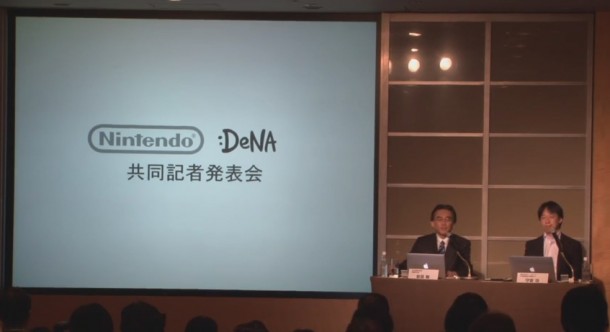 During a press conference today, Nintendo has announced a partnership with mobile services company DeNA. The joint venture, which includes an exchange of stock (10% of DeNA to 1.24% of Nintendo), will allow Nintendo to leverage its extensive IP across a variety of devices. Yes, this means that Nintendo characters like Mario and Link will finally make their way to mobile phones. President Satoru Iwata did reiterate that no existing games will be ported over; rather, new experiences starring the characters will be created.

Though there’s no timeframe for the new apps, a couple hints point to when things will finally start to take place. First, the company made a point (last year, actually) that it would enter the mobile market at some point within 2015. Perhaps they realized that tackling it on their own just wasn’t working, as they’ve never really had any successful development in that space. The partnership with DeNA should free up the company to work on actual games instead of a mobile infrastructure.

Second, the press conference revealed that the joint venture would yield a new membership service that would launch this coming Fall 2015. Is this what Club Nintendo is being replaced with? It would appear so, as the company is moving away from just games on its devices into a more IP-based area. Will it cost any money? More is said to be revealed later this year. The service would extend from phones and tablets to PCs and their existing game devices… and new devices. 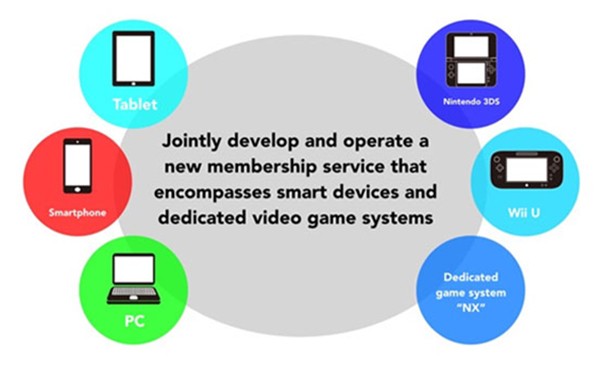 Yes, Nintendo has finally officially announced that they’re working on their next games device, codenamed the NX. Little was revealed about the hardware, which Iwata says is a “brand-new concept” that is dedicated to gaming, but more will be announced next year. There are still Wii U and 3DS games to arrive, after all. Could this be the fable single portable/home unit that has been rumored around the internet over the last several months? Could it be VR-based? Something all-together different?

It looks like 2016 is going to be an interesting year for the company.

You can watch the full press conference below.