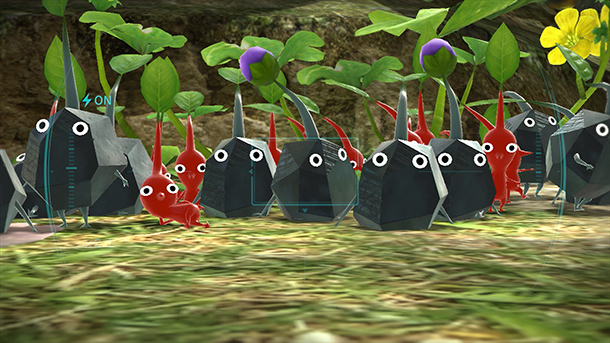 Though the wait in between the release of Gamecube’s Pikmin 2 and the Wii U’s Pikmin 3 was far too long — 9 years — it looks as though the next game in the series won’t fall into that same timing.

Speaking to Eurogamer in July, and just revealed in an article this week, Nintendo game designer/director/masterpiece creator Shigeru Miyamoto confirmed that Pikmin 4 was in development and that it was fairly far along. In fact, it’s “very close to completion,” Miyamoto stated.

Eurogamer followed up with Nintendo, which also confirmed the news — though gave no other details about which platform (Wii U, 3DS or the forthcoming NX) or if Captain Olimar would return to the top role in the game (something that Pikmin 3 changed):

If it is indeed close to completion, it could be one of the final games for the Wii U, which is expected to make way for Nintendo’s next console, the NX, in 2016.

Pikmin 3 launched in 2013 for the Wii U to great reviews, and was supported with a plethora of DLC over the following year.