Let me set the scene for all of you, dear readers.

It’s mid-July, and my workflow is severely hampered because both of my monitors died within a day of each other. I had, on hand, a single not-good backup that gets the job done for the basic tasks, but not much else. In these dire straits I finished up my Stormblood review, passed it up the chain, and kicked back, fully expecting to slowly lose my mind from being unable to do much of anything. I cannot stress enough how antiquated my backup monitor is.

“I got a code for Kingsway, that retro OS style RPG. Interested?” asked Dali. Off to Google I went, to quickly look up this game I’d not heard of. But those were some of the right words to pique my interest, and what I was able to Google in a few seconds sealed the deal. 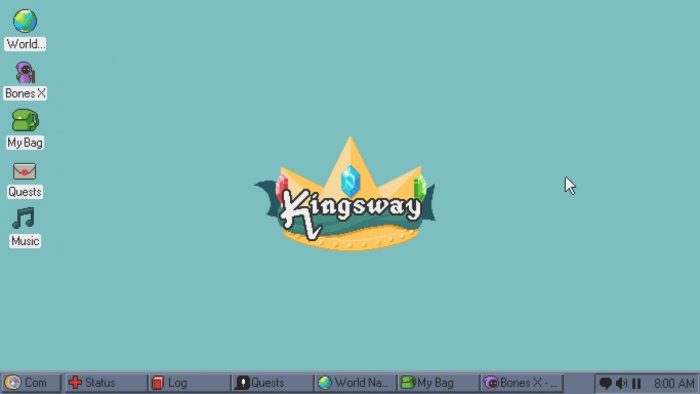 Similar to Hacknet’s style, Kingsway is played entirely through a fake OS which looks vaguely like old school Windows — large icons, thick task bar, and meaty buttons all pop out at first glance, but they’re seasoning. The real flavor is in the restricted space. The entire fake desktop is your play space, and it is not large at all. Anyone who gets a few minutes into this game will find out why — part of what makes Kingsway interesting is how the interface fights back.

I mean that quite literally. As you engage in combat, new windows pop up to display the fight you’re engaging in. These windows will move around on their own, simulating the various archetypes common in the fantasy genre. Fighting a skeleton will often spawn a combat window that slowly marches across the screen as you fight. Fighting a bandit is more frenetic; the window bounces around rather quickly, forcing you to act faster to keep your mouse on your fight buttons. Some enemies utilize projectile weapons, which can spawn in windows lobbed from the bottom of the screen upwards, or flying from side to side, or sneakily hovering in behind other windows, forcing you to madly reorganize things in order to click the button to avoid being hit by them. 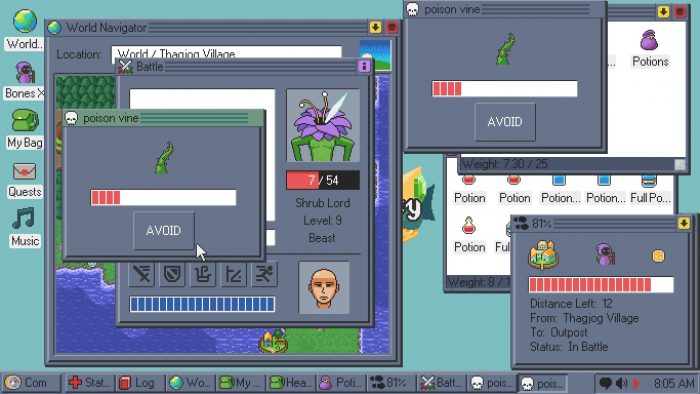 At first glance, it’s a fairy simple game. Once you’ve got a grasp on the combat, it’s a fairly linear thing. Move from point to point on the map, occasionally opening your fake email client to accept new quests, all the while accruing experience points to level up, allocate points to stats, train new skills, and gather and equip new weapons, armor, and trinkets. By the time I was nearing the end of my play though after maybe a little under two hours, I was decently pleased with the game. I had not expected it to be especially long — some of the best indie games aren’t. I reached the end, progressed through the final sequence, fought the final fight.. and then, I died. 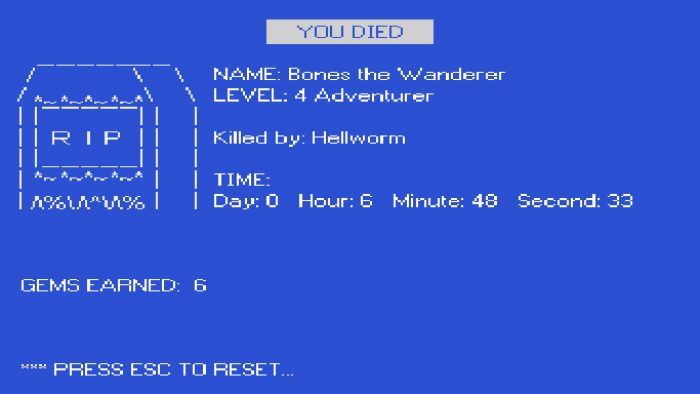 “Alright. What? Okay. Back at the character selection and creation screen. Lemme just.. spawn a new character and try again. Ah, crap. Died again. Lemme just give it another shot. Hey.. is that a daily leaderboard button? Oh. Ohhhh. It’s a roguelike? Okay. Alright, now I’m on board. Now I think I know how to beat this thing.” 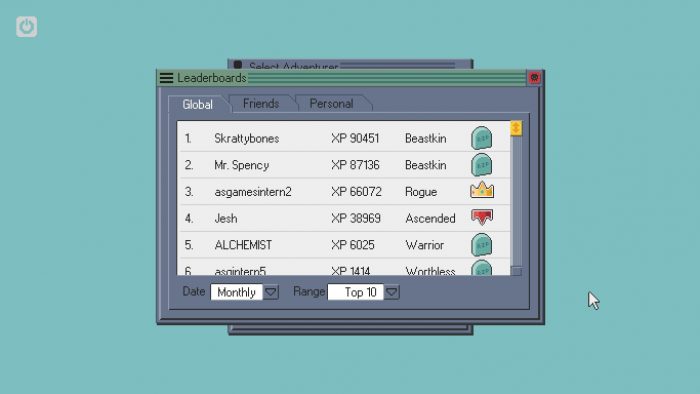 I didn’t know how to beat this thing. I placed high on the leaderboards, but still died at the end. But, in looking at the leaderboards, I noticed something. Different icons I’d not yet seen, for different endings. I truly feel like it would be a disservice to explicitly outline the various ways the game can end, outside of randomly dying. Over the course of several hours, and several play throughs, I poked, prodded, and experimented to work towards what I thought was the most obvious ending. Eventually, I figured it out, and did not die. And then, having matched one icon to one ending, slowly realized how much more work I needed to do to obtain the rest of the endings. With this epiphany, I rolled up a fresh character.

Or, I had been about to, when I noticed the list of classes had changed. There was a new one. And, eventually, by the end of everything the game can offer, several new ones. Look. I’m trying very, very hard not to go into specifics here. The specifics I could delve into are worth discovering for yourself. Kingsway was set to get a hearty recommendation from me when I thought it was a two hour game. As I write this, I’ve got thirty-two hours logged and still one achievement left to get.

Don’t sleep on Kingsway. This game has serious depth.