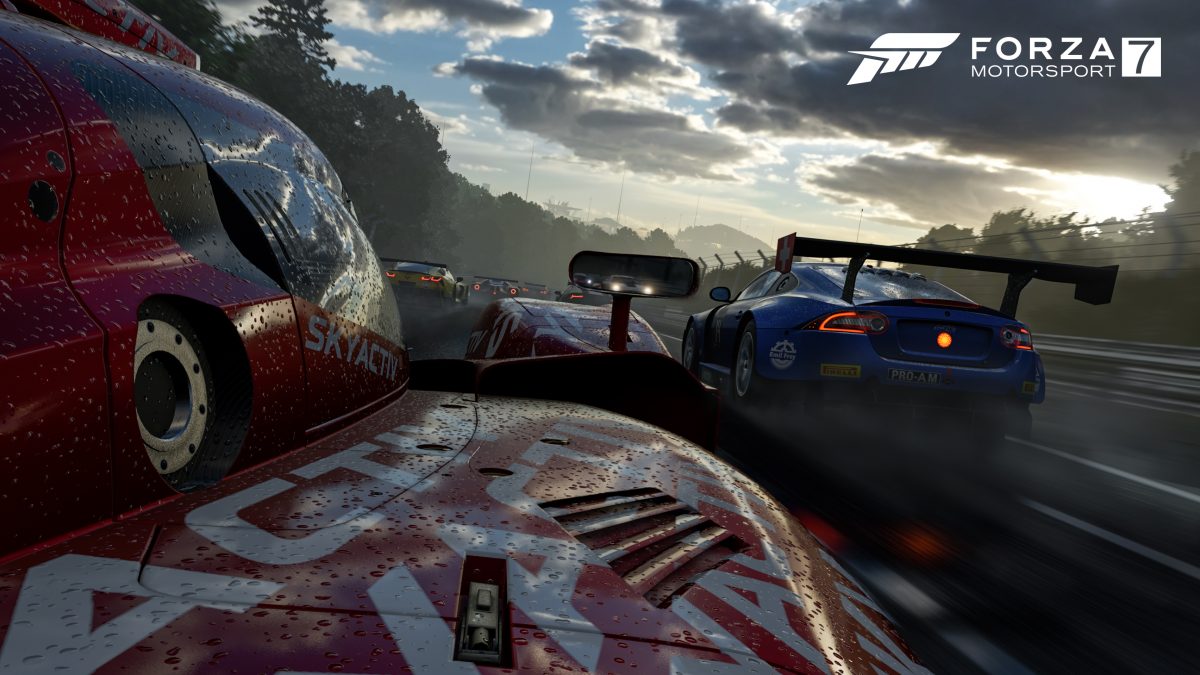 Back in 2007, when the Xbox 360 and the PlayStation 3 were starting to hit their stride, the PC and console divide was starting to regrow. Halo was pretty amazing, and Uncharted was turning heads, both showing how HD visuals would come to rule the day. But to many, the power of the new gaming devices didn’t matter, mostly because they couldn’t answer one simple question: “can it run Crysis?”

The powerful PC definitely could.

Crysis, a visual monster First Person Shooter, focused on depth of detail and realism. It was such a demanding piece of software that few PCs could let it perform at max settings.

The consoles pushed forward however, utilizing state-of-the-art graphic engines to eek out surprisingly advanced work. Finally, and after many years of back and forth between manufacturers, they reached some arguably spectacular results of their own. Gears of War 3 and The Last of Us, along with versions of Crysis, were demonstrations for the hardware. “Look how stunning these are! We’ve hit the peak!”

We surpassed Crysis, at least comparing to it, for a few years.

But, here we are again. New consoles — half step measures between generations — with the need for another showcase to prove their worth. This time around, the FPS isn’t at the center of the reels. Porsches are.

Or rather, the digital ones.

There are a hell of a lot of racing games on the horizon, and they all seem to try and sell us the same thing: the hottest, most eye-melting digital car visuals of all time. And while there’s certainly meat on the bones of the claims, there’s also a caveat in that we’re reaching a point where racing games are already so good that changes are becoming negligible, at least visually. Sure, the stronger horsepower can lead to enhanced visuals on better monitors, but even then it’s in relation to measuring or creating non-realism: HDR, lighting, etc. Simulation racing games can only get so real before they become hyper-real, and by that notion they become more about art direction than horsepower.

Visually, games even as far back as Gran Turismo 5 on the PS3 looked fantastic then and still do now. So when GT Sport was debuted a couple of years ago, the casual fan may not necessarily see the giant leap. The Crysis leap was evident: you couldn’t do it on most PCs, and you certainly couldn’t do it on consoles (until it was pared down later), so when you compared the game to, say, Halo 3, the visual chasm was wide. Right now, cars are meant to do that; they’re meant to say “hey, look what OUR machine can do!” Cars are, however, not as complex as a human body. There aren’t the twists and turns in forms (even in Aventadors) or the details like the bumps or inconsistencies in human skin. Cars are meant to be perfect surfaces, without blemishes. A perfect car in one game is a perfect car in another.

There are a few of reasons for this, perhaps.

Consoles have become closer in power to PCs again, yielding spectacular results with games like Project Cars 2, which just released. The “pro” level consoles especially mirror the power of 2- to 3- year old PCs, so getting a game to look good on TV screen isn’t a struggle for developers raised on modern PCs.

The tools used to develop much of these games — apart from internal ones — tends to be industry standard, like Unreal or Unity, leading to highly scalable software. A great game on a PC may no be as much of a stretch on a console any more, especially if development tools afford a quicker turnaround time to pump out ports. This is why a game developed for PC can look great on a console, and even hold up on mobile devices. Gameloft’s Asphalt Street Storm looks great, even on a tiny touch screen, and feels as though it could visually challenge the current (or at least last) gen of consoles.

And along with more accessible tools, developers of all levels are able to create more realistic, beautiful racers. From AAA to indie, creating a racing game has never been easier. Smaller developers are able to take a few more risks, too. Milestone’s Gravel makes a name for itself when it comes to off-road racing.

The same goes for Baja, actually a remaster of a 2008 PS3 game, handled by Blitworks. Both look at dirt roads as a canvas, not just a detailed feature within a campaign.

This competition is pushing the AAA publishers to move beyond just visuals, as The Crew 2 (Ubisoft) and Need for Speed Payback (EA) are showing us. In a market where visuals have essentially peaked, it’s features and AI that are being used to entice fans.

By design, a Porsche 911 in one game looks like a Porsche 911 in another, albeit with more or less specs of dust or rays of sunlight. With the rate of speed that cars move, environments are all naturally blurry, zipping by as we hit 90, 100, 150 MPH on a highway or track and becoming less about standout details. Can you *really* see a blade of glass when you’re focusing on just a few feet in front of you? Do you really have the time? Lined up on a retail shelf, the many racing games can become indistinguishable. They’re pretty, sure, but they’re all pretty, and they’re all trying to look as realistic as possible. The vertical climb we’ve had for car game beauty is hitting a ceiling, where perhaps we should be moving laterally and focusing on art direction and variety instead.

We’re more than likely at the uncanny valley of cars, and will remain there until perhaps VR takes the next big visual step.

Don’t get me wrong, car games look great. But they may not be great enough of a leap to sell new hardware again.