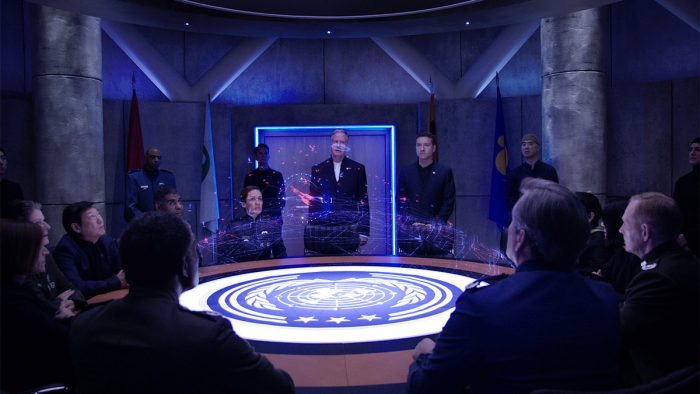 The Expanse is back. TV’s greatest Sci-Fi show has returned after a year-long hiatus (I hate long off-seasons!) and it did so with an explosive start.

One of the terrific design aspects of the series is how it weaves different storytelling styles together into one cohesive narrative. Avasarala’s career is politics, and so her story unfolds slowly and typically around tabled discussion. It feels like we’re watching a futuristic CSPAN. Bobbie’s military background — yay for the desperate, rugged Martians — leads to war film directing, unfolding with a focus on the tactics and the bloodshed, dark grays and dirt. Holden and crew step right our of video games like Mass Effect, with some character building and narrative choices mixed with light combat and monsters. Miller (RIP, bruh) had his own style, a cybperunk Noir that would make Blade Runner jealous.

The show is good. Real good. And it usually stayed separate. This year, however, things start off with a bit of a shake-up.

We kick off the season right after the space chess pieces have been strewn about the chessboard. The OPA has the Protomolecule. The UN is poised to attack Mars. Mars is about to attack Earth. Mao’s thugs are on the prowl. And we’ve just seen a Protomolecule monster tear apart a ship. The pieces are quickly shifting, both in politics and in war situations. leading to lots of tension. It is at the same time both a fallout and a preparation for the worst ahead. 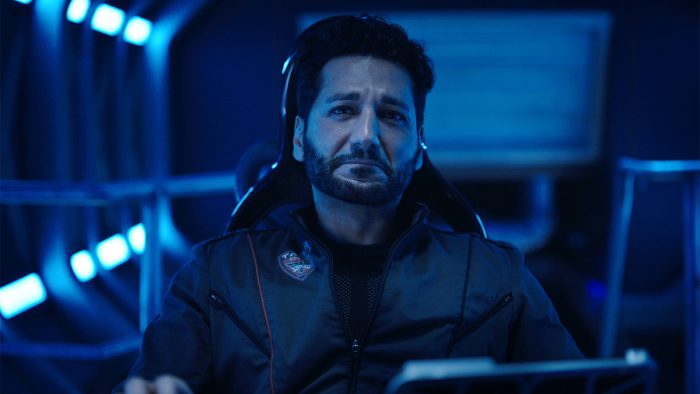 Perhaps it’s best summed up with Space Cowboy Alex’s incredible monologue about purpose. In it, he’s sending what he believes could be his final message to his family. It’s a goodbye, but not one of regret. He misses his wife and kids but that’s not where he wants to actually be. The Martian knows that he’s always been a space fairer, and his life is intertwined with his adventuring. To paraphrase quote Breaking Bad: “I didn’t do it for us, I did it for me, because I was good.” Alex is good at space-ranging, and that’s his place, not anywhere settled down. That sentiment parallels the rest of the characters on the show. They’re driven by purpose, willing to sacrifice their personal peace for whatever drives them. 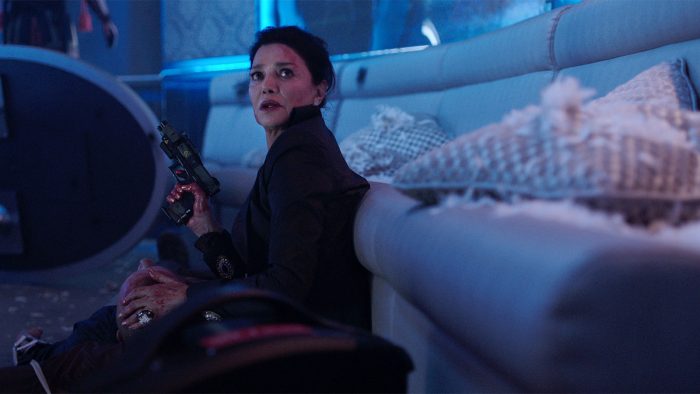 The return of the show gives us a return to two of television’s strongest women: Avasarala and Bobbie. We should be so lucky to squad up with them. Avasarala — whom is normally stoic and tactical — brandishes a weapon and enters true bad ass mode. She’s normally found in an auditorium in front of a mass of lawmakers, but here she refocuses her politicking towards keeping just one person (Cotyar) safe. She stays a politician, even with a gun in her hand, and even with Bobbie making her way out to the hull. The intense moment has Bobbie scaling along the outside while the vessel moves at high speed, stars streaming behind her. It’s one of the best scenes that depict people outside of a spaceship, to be honest. Space is typically vast and empty, but it’s filled with energy and suspense here. The capper is, perhaps, when the Martian soldier returns and helps escort Cotyar and Avasarala out.

“You’ve done your planet a great service,” Avs says to a pilot.

“She says that to everyone,” Bobbie chimes in.

Avasarala, still working her strategies, relies on her duty versus understanding the actual reality of situations that she’s in. It’s humorous, as she’s unable to leave her campaigning for even a moment.

Back on the Rocinante, on the other hand, partnerships are falling apart. When Naomi delivered the Protomolecule to the OPA’s Fred Johnson to help leverage the solar system’s playing field, she inadvertently damaged her relationship with Holden, her lover. He remains distant to everyone, like someone finding out that their spouse cheated on them and having the inability or want to deal with humanity. She keeps trying to explain why, but they all ring as excuses in Holden’s mind. Instead he tries to shift gears as quick as possible to brush her away, reminding everyone that they had promised Pax they’d help him find his daughter. They could go to Tycho Station and save millions, or go to Io to save one.

There is a lot to process out of just this first episode. We have many of the characters together in groups, but that will undoubtedly get shattered as the season wears on. And the powerful Protomolecule’s takeover of Venus and the ramifications of it falling into the OPA’s hands will mean that the US and Mars have more to worry about than just trade.