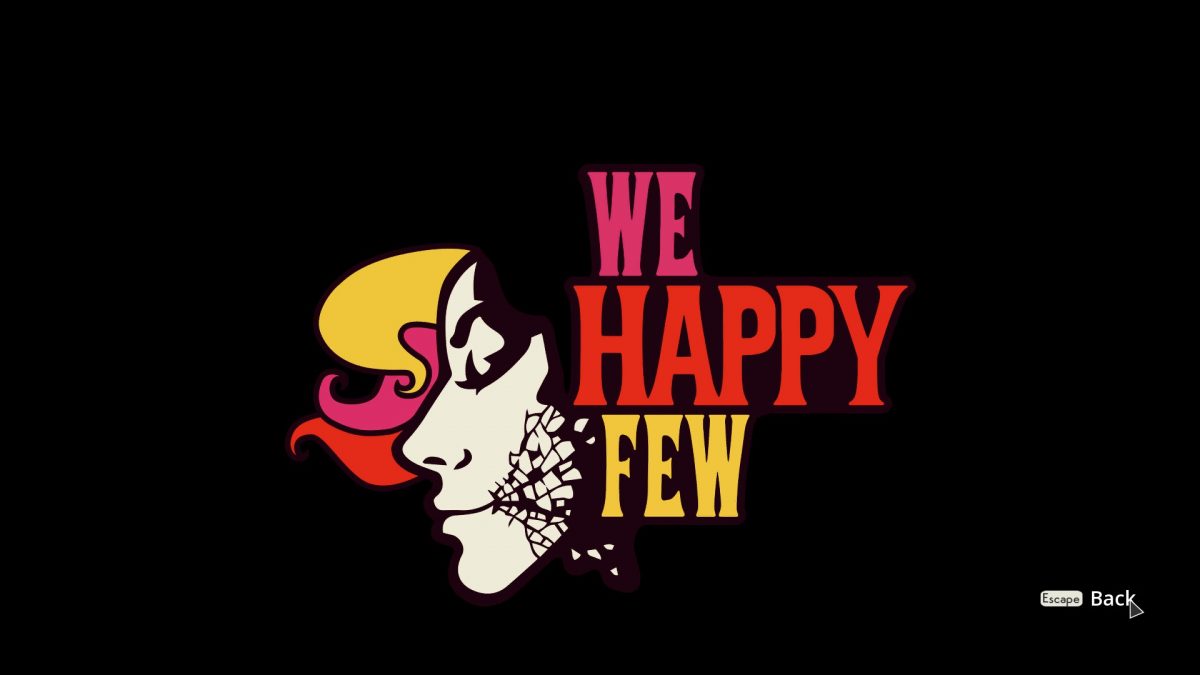 We Happy Few opens with a scene that hits uncomfortably close to home. As the effects of the medicine — a type of pill called Joy that keeps the world in a state of euphoria — wears off, things get bad for Arthur, the protagonist of the scene. The colors in the world become muted as reality sets in and Arthur, in the midst of what feels like a mental crisis fueled by past trauma, is presented with a choice. He can take more Joy, or he can reject the pills.

In taking the pills, the world brightens back up and Arthur gets back to work. The credits roll and an achievement pops up, Far Cry 4’s ‘stand around for a while’ style. In rejecting the pills, the sequence shown off at various trade shows over the years kicks off, leading into the game proper. 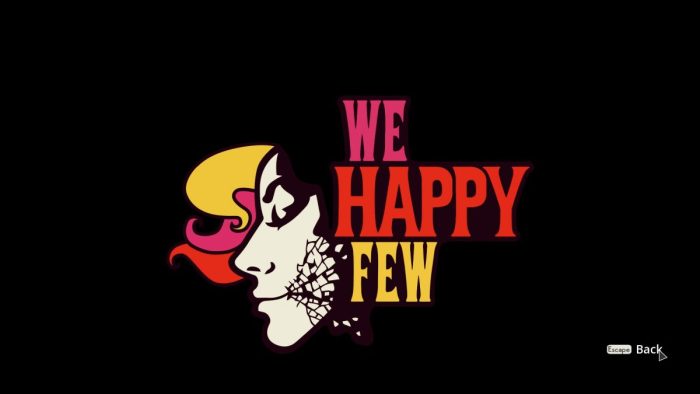 Alex Epstein, the narrative director for We Happy Few, said in an interview on PopRamenNews that, “We Happy Few is inspired by, among other things, prescription drug culture — the idea that no one should have to be sad if they can pop a pill and fix it. It’s also about Happy Facebook culture: no one shares their bad news because it would bring everyone down. As a culture, we no longer value sadness.”

I’m not a big Facebook user, so I can’t speak to what the culture of Facebook was like back in 2016, but if I log in today it seems to be an even mix of the good and the bad. I don’t know, but that Happy Facebook culture doesn’t seem to be a thing these days.

I can speak to depression, though, and what living untreated with it is like. At least, what it’s like for me.

I live in a rural village in Canada, sitting directly on the Atlantic Ocean. This place is a hotspot for tourists, who praise the tranquility and serenity of the place. Every year, sport sailors from all over the world travel here to participate in a week long sailing event. These tourists constantly describe the village as scenic, and tranquil, and vibrant. These sailors speak of the majesty and wonder of our slice of the ocean.

As I sit writing this, I can look out a door and see a massive sign for a well known coffee chain, painted with reds, whites, blacks, and yellows. Just to the right of that, within my tiny slice of view, is a potted flower plant hanging on a power-pole, one of a hundred or more scattered along every street in the village, filled to bursting with purple flowers. Visitors and locals alike describe these flowers as lovely, and vibrant, and magical.

To my eyes, the colors are not vibrant. They’re muted, and dull. To my mind, all of these is set dressing — easily ignored. There to set the stage, but otherwise unimportant. It’s a world filled with things so that when travelling the path between my house and my day job there isn’t nothing.

But I have seen this place through the lens of mind altering substances, in my younger years. I have seen the vibrancy described by others who just get to live like that.

And so when We Happy Few opens through the lens of color, and switches to the muted, flat visuals to represent being off of drugs, I recognized the artistic choice almost immediately. Here, in video game form, was something that pretty decently showcased a thing I have tried and failed to describe to a doctor, in seeking a referral for a therapist, in the hopes that my brain could be fixed.

In the first choice of We Happy Few, I took the pills. The world grew bright again, and Arthur returned to work.

Change Arthur’s job to something that isn’t speaking to the 1984-eqsue state of Wellington Wells, the fictional British world it takes place in, and cut that part of the opening sequence out, and instead of being the beginning of a statement against the evils of prescription medication it could serve as an example of the good of it.

Alex Epstein has something of a point, though, maybe. As a culture, we don’t value sadness anymore. There’s a benefit to being able to feel, whether it be happiness or sadness, or any other emotion. What it seems like he doesn’t understand, though, is that depression is not a literal sadness. For someone like me, I’m not looking for a way to not feel sad, I’m looking for a way to ever feel happy.

For Arthur, the main character, he quite quickly begins suffering PTSD flashbacks which serve to dole out the plot. Apparently there is value in having untreated PTSD dictating your actions.

After you reject your medication, you proceed to get chased out of your job, into some tunnels, whereupon you beat the shit out of someone and make your escape out into the world, where you then accept tasks which have you stealing things from people, beating the shit out of more people, and managing some survival status bars, in an ultimate effort to escape your situation entirely and reach freedom.

Mechanically, it’s fine. The omnipresent health, hunger, thirst, and sleep which in early looks was a constant, overwhelming presence has been tweaked to be far easier to manage, and the crafting and weapons systems are functional and to be expected. Find stuff, build stuff, do more damage. The stealth is intuitive and powerful, giving you options for how you want to conduct your violent rampage once off your meds.

It’s survival through the lens of British television, equal parts charming and off-putting.

We Happy Few is a rare thing. Part of the reason I can review games at all is because as I play them I can think about them. I can think about the systems and how they all tie together, and I can look at the story from the perspective of a writer. I have an idea of what works and what doesn’t.

But this? Whether or not this works is a question I am not equipped to answer. It certainly works for me, but maybe in the opposite way it’s intended. The rejection of self-care as a premise makes me angry.

The fact that it succeeds in making me feel anything suggests it’s worth looking at, though.

This review is based on a PC Steam code sent to SideQuesting by the publisher.