Call of Cthulhu: The Official Video Game is a whirling miasma of intrigue and dark Gothic drama that takes liberties with the source material. While Call of Cthulhu: The Official Video Game (CoC for short from here on) is based off of the 1980’s board game of the same name, there’s still a sense of something crucial missing with Cyanide Studios’ first-person horror puzzle stealth game. An amalgam of half measures make up a prickly yet suitable video game dive into the the lore of the book and board game. 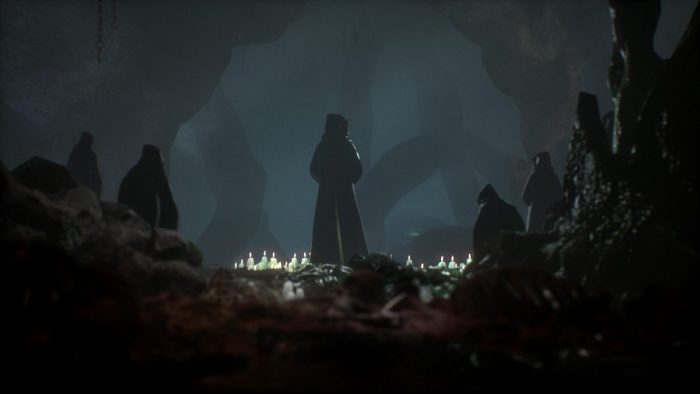 The opening of CoC has us thrown into a dark cave with flashing visions of cult worshipers talking to each other and speaking of elder gods. We traverse through the cave and are surrounded by slowly decaying ocean creatures, navigating through a tightly crafted maze of stalactites and stalagmites to boot. The sense of dread and any atmosphere is immediately lost when the banging doldrums of your typical horror movie soundtrack starts to ramp up and a loud scramble in the orchestra intends to make you jump. But alas, the animation plays a few seconds too late and the music had already subsided. It’s technical issues like these throughout the game that break any sense of immersion.

Our main character, Edward Pierce, awakens with a start. While he’s frightened of the undead, we’re scared of the mediocre cut scene and sound design. Thanks to the horrors of fighting in World War 1, Edward has been left an alcoholic and, alas, a susceptible vessel. I wasn’t impressed with CoC at all until the game really gave me control to walk around his office (he’s a private investigator) and look at all his books, notes, pictures, and even access his thoughts on certain objects. This is where CoC shines triumphantly: when it’s just trying its best to be a slow plodding investigative horror mind fuck. However, this doesn’t happen often enough

But, when we walk to the door and a cut scene plays, the technical issues start to come back into view. My first time seeing another human’s face in this game didn’t leave a good taste in my mouth, to say the least. His mouth didn’t sync with the words and the animations felt wooden, like he was a puppet instead of a living breathing human being. The quality reminds me very much of older titles you’d find on the PlayStation 2. As a quest giver, he gives us a case to follow with a dreary and macabre setting aptly named “Darkwater Island” and involving a family burned alive and with a ‘crazy’ matriarch. 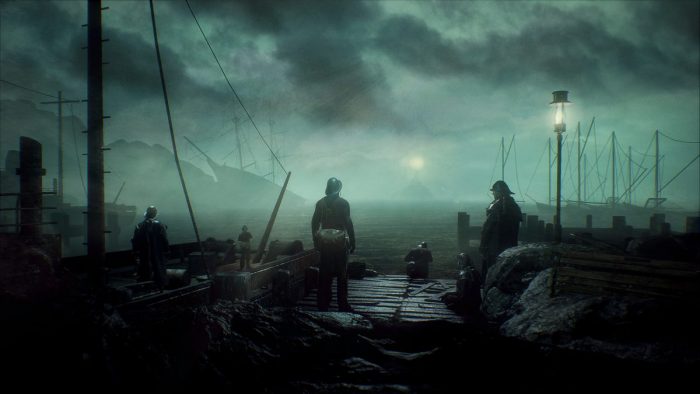 When the game finally opens up it feels good to explore and look at all of these nick knacks. I’m a big fan of small novelties and reading random stuff in games so this really tantalizes me. But what rubs me the wrong way is when a game makes me feel like I’m being corralled from place to place. As an investigator in the game you’re narratively dragged from one spooky location to another. Each “place” has something special about it. One has a bunch of books to read that tell you about the whaling community and their myths about an ancient sea god. The next is a puzzle that requires you to search around for pieces of a wench so you can pull open a grate. Each room serves a purpose and it’s really just to get you moving to the next one. The game doesn’t even feel like it’s hiding this either. Later on you literally get escorted through the mansion you’re supposed to investigate, room by room. Sure it serves a narrative importance in the greater story but at the same time it takes away from what really makes a game worth playing and giving your time to.

The game includes a couple of ways that are meant to alter the individual experience. There’s a skill system, which is basically just a dice roll to see if you can win or lose a lock pick check or an insanity check. And, there’s a “psychological” system. As your character sees and experiences things it’s meant to leave a lasting impression on him and affect your game play. In theory it sounds cool, but in execution there’s not much that changes from the minute to minute game play besides the protagonist breathing heavier and noticing things about the spooky bad guys. 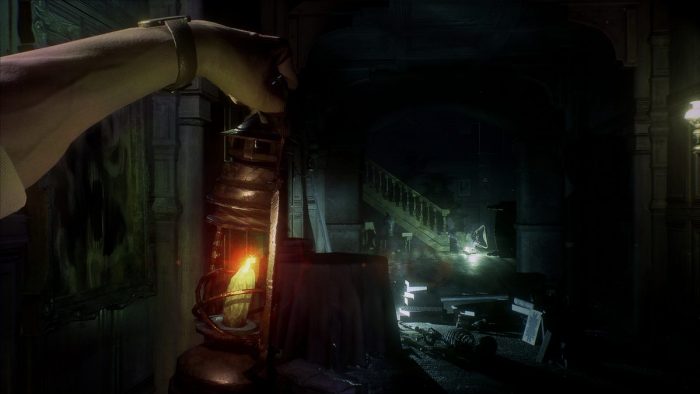 The whole package doesn’t really change over time. After you’ve seen one bad cut scene, they’re all bad. After you’ve walked through one room and read all the spines of the books, you’ve read ‘em all. Walking through a room and seeing a creepy cultist once feels the same thereafter. All of it just feels… fine. I don’t want to say it feels mediocre, because I enjoyed my time with it and found myself wanting it to be better, but it’s missing too much. There’s a great foundation for SOMETHING cool in all of this; I love H.P Lovecraft lore and cosmic horror as a whole, so getting to wade ankle deep through some of it in an interactive medium I love felt comfortable. The journey is short though, only five hours or so, and you never really get into it before it’s over. I feel like the content and experience don’t justify the full AAA price that the game is asking (it probably goes against the order of Azathoth), but if you want to see and feel some odd Gothic horror from the bargain bin, CoC might be enough, though not much more.

This review is based on a review code sent to SideQuesting by the publisher.