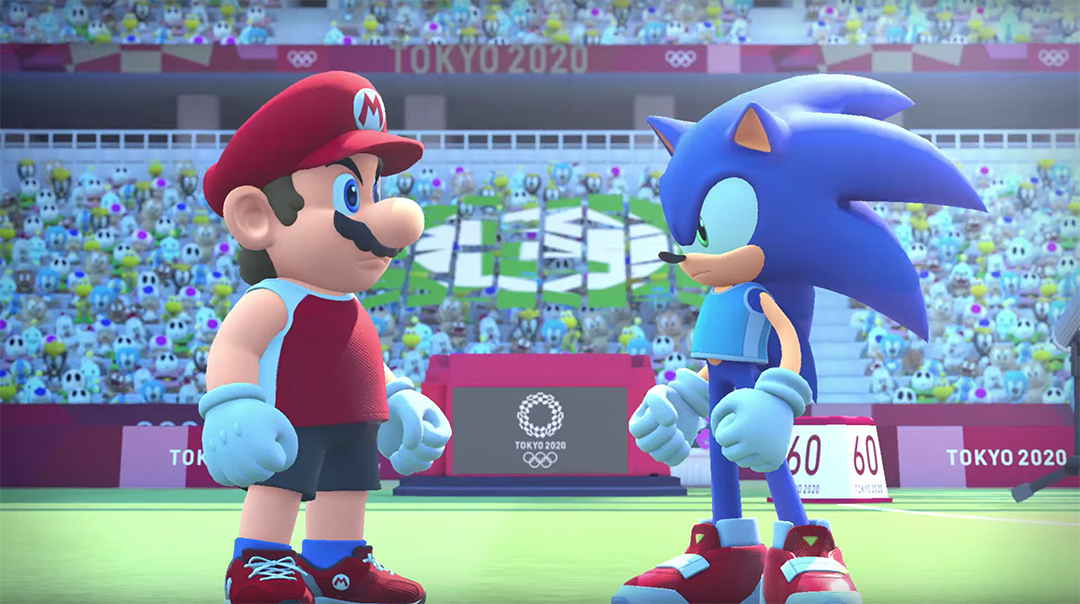 The next iteration in the series hits on a certain nostalgia that we’re craving.

As a kid in the late 80s, it was commonplace for us to get together with our friends at each other’s houses for Friday night sleepovers. I use “sleep” loosely, since we usually ended up playing NES games until 2AM or so, passing the controller back and forth between us in Pro Wrestling or Track & Field. Our thumbs would hurt from pushing buttons so fast, and we’d consistently try to top each other for the night’s supremacy.

The retro themed portion of the upcoming Mario & Sonic at the Olympic Games Tokyo 2020 might be a modern equivalent of those nights. This new addition to the series, titled “Tokyo 1964” after the original Japanese Olympics, captures that nostalgia terrifically well, pitting us in a collection of events made to look like they were ripped directly from the 8-bit and 16-bit eras of the title characters. The variety of events, from long jumps to diving to hurdles, are all designed with 2D sprites in mind, and all function with limited numbers of buttons.

In the diving minigame, we’re are tasked with tapping buttons in a specific order, and in time as they pop up on screen. There are options for more or less button combos in the sequences, giving a semblance of difficulty variation, so an adult playing with kids can select accordingly. It’s pretty hilarious to see Bowser in his original Super Mario Bros 8-bit form jumping off of a high diving board and flipping and rotating on his way down before splashing into the pixelated water.

The other retro events are similar, and rely more on timing than finesse.

The modern games and Dream Events hold up well, too, and there’s certainly a lot of them. The Dream Events especially add another wrinkle to the formula, adding things that blow reality out of the water — but then again, a talking hedgehog and human-mushroom hybrids aren’t necessarily realistic anyways. Either way, most of the games we’ve played feel accessible for different ages and skillsets, and the sheer volume might be a good option in a season missing a Mario Party or other marquee social party gaming experience.

The retro aspect and the standalone minigames are just a drop in the proverbial bucket of what’s in the game, though, so more hands-on with the full experience will really let us know if it has legs like Sonic or not.