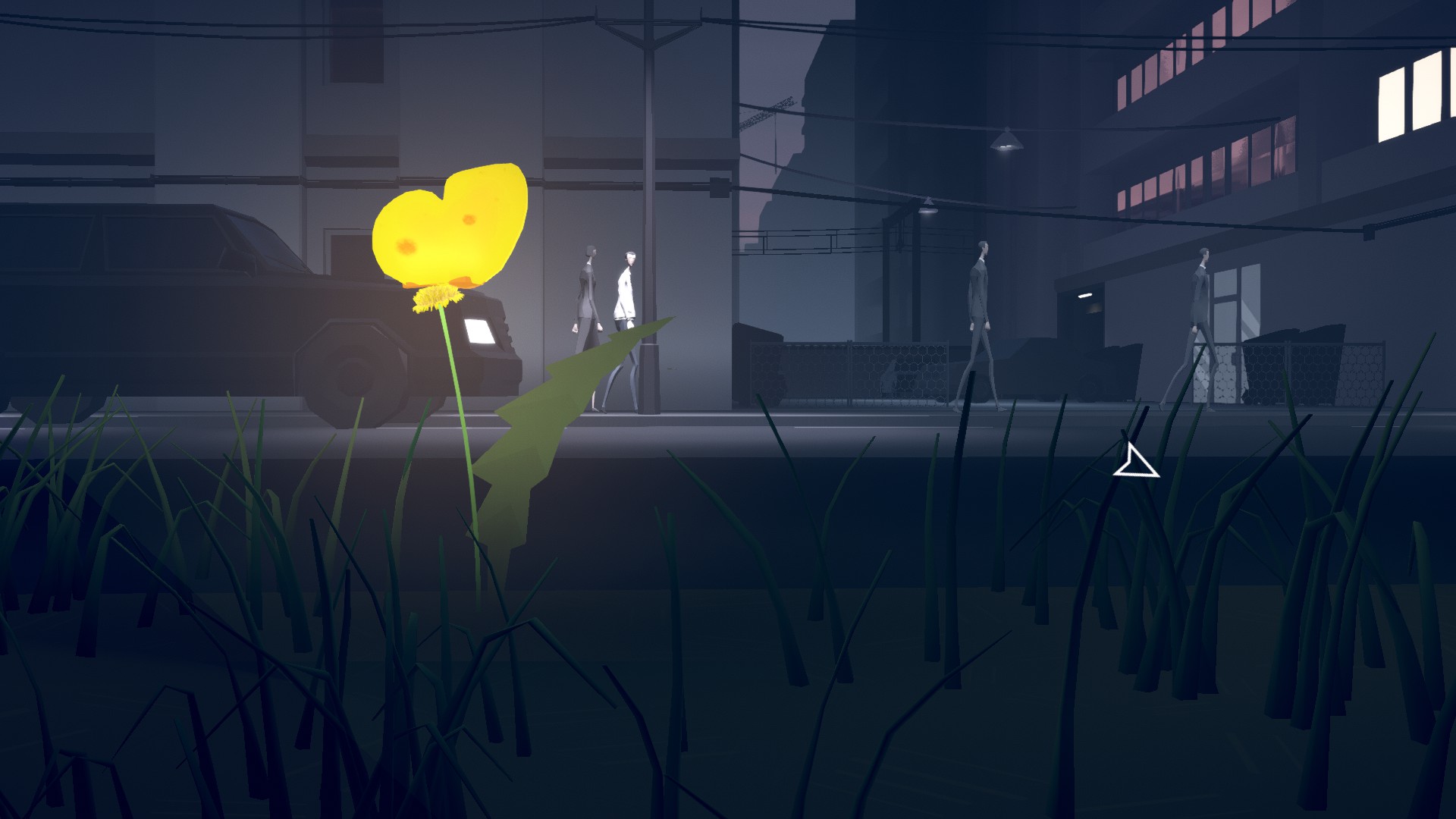 Every now and then I’ll play a game that sticks with me. Often times it’s some kind of indie joint, more meant to be evocative than our traditional definition of “fun.” I think Mosaic is going to be an impressive one of those evocative ones.

In 2009, Molleindustria’s Every Day the Same Dream stuck with me in a way that not a whole lot of games did. In that, you would repeat a small loop of activity meant to represent the daily grind of a nine-to-five office job, but once you started to break away events would lead you to the roof of your office, witnessing an identical character leaping to their death. I think it was meant to represent breaking the cycle of monotony and taking back your life, but my first impression of that game was quite literal — the reality of life is enough to make you want to end it.

I’m not going to argue whether or not that’s an accurate interpretation, or a healthy one; it is what it is. And that game reminds me an awful lot of the first hour of Mosaic.

In the fragment I played through, I began by controlling a disheveled individual, waking up to his phone’s alarm very similarly to how I actually wake up every day. With an easily intuited control scheme — click, hold, and drag the mouse — I navigated to the bathroom, where I un-disheveled myself, brushed my teeth, and then headed off to work. At work, I completed a mini-game like task, and then the loop started over.

The next day there was a talking goldfish, and then on the walk to work I briefly became a golden butterfly, navigating through a construction site only to be shredded by an intake fan before escaping.

And then… that was the end of the preview.

I think Mosaic might be heading down the same sort of road as Every Day the Same Dream, but taking a far more surrealist approach. A talking goldfish and a golden butterfly felt like just the beginning, and I’m excited to see what else the game has to offer.

I’m also a little nervous to see what else in the game hits way too close to home for comfort. Writing about games is my side-gig, after all. My nine-to-five is the same thing, six days a week. Writing this preview might be my golden butterfly.

This article is based on a preview code sent to SideQuesting by the publisher’s PR.