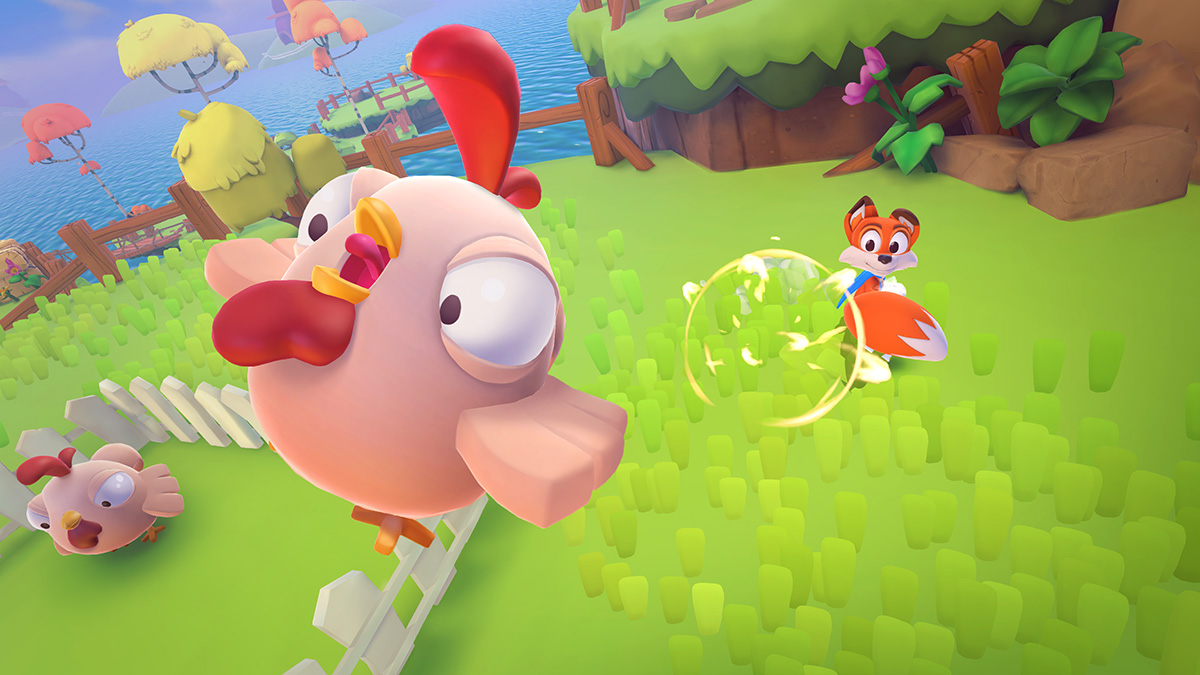 My Amazon Prime queue is far too deep right now. Having just finished the first season of The Boys, I now need to catch up on Man in the High Castle. Jack Ryan is on deck after that, and The Mandalorian circles my clock every Friday. I don’t have time binge watch everything, but dammit I’m going to try. That, and the craziness of my growing backlog and the exploding work load, means that I’ve been getting more than a little strung out lately.

I need time to veg out, but if I do then I won’t feel like I’m accomplishing anything, and I like to stay busy.

Thankfully, New Super Lucky’s Tale on the Nintendo Switch lets me veg out, and it lets me do it at my pace, on my time, without forcing me into game mode.

Playful Corp’s newest game is actually a sort of Director’s Cut of its Super Lucky’s Tale game that popped up on the Xbox One X during the launch of that console. It now finds a new(!) place on the Switch, complete with all of the DLC packs from the original alongside modifications & tweaks throughout to improve upon its own formula. It’s the same game as before, only now it’s the optimal iteration of it — and it really does feel right at home on Nintendo’s device, both in development and theme.

New Super is a mascot title, with 3D visuals and aesthetic design that more than reminds us of the platformers of the late 90s/early 2000s. In fact, Playful revel in that retro vibe, unabashedly taking cues from classics like Super Mario 64 or Spyro, or even modern iterations like Skylanders. It takes the basic elements of those games — viewpoint, secrets, collection, jumping — and doesn’t so much as reimagine them with new ideas, but fine tunes them, and only ever so slightly. Why mess with anything that has already been perfected, anyways? It’s because of that execution that the game feels very familiar, even so many years after that era ended. And knowing what we’re getting into, the game doesn’t have to do anything spectacularly different to achieve its goal; it plays it safe in almost all respects, including the plot.

The game opens as the Book of Ages is stolen from Lucky’s world by a devious army of cats, and as they try to get away, the unsuspecting hero is zapped through the portal along with them.

It’s his job now to recover the pages of the book, scattered throughout several themed worlds. That’s enough of a plot to set up the basic premise behind the traditional level-hopping gameplay, but the variety of stages and tasks add some nice flavor that lets the game stand on its own. The game world is divided into sort of mini hubs, from which several stages actually branch off of. To pass through the gate into the next hubworld, a specific number of “clovers” are required. These can be collected not only by completing stages, but also through various tasks — collecting the letters L-U-C-K-Y in a stage, for instance — and the gates themselves don’t really need a lot of them to actually open. You only really need to clear one or two of the stages to open the gates, if you do enough of the tasks, and most of these can be done on the first playthrough of a level.

This lets players take on the game at whatever speed they want, and becomes accessible by nature. Kids who aren’t into complex move sets might want to do the bare minimum work in each stage to get through a gate, while completionists (like yours truly) who want to relive that 3D mascot era of gaming can try for every item, ring, and secret, vastly blowing past the required goals.

The game pushes all of this through with an air of cheerfulness and joy. The characters all have personality, from robot NPCs to level bosses with silly grievances to the enemies in the field themselves. It moves at a very leisurely pace, even in the hectic side-scrolling races, and we can’t get frustrated playing it — it doesn’t require Mario 64 levels of mastery to get or do everything or anything. The game doesn’t ask us to really think about how to get through it; it just guides us along with slight taps forward here and there. Even the controls are simplified: Lucky has a double-jump and a tail whip, and that’s basically it. That’s enough dexterity needed to pass virtually everything.

Perhaps that’s my only gripe with the game: it could have tried something a little different, but it chose not too. It feels a little dated, but only just slightly, and only if we really try to look for it. But then again, that’s not so bad at all. The game doesn’t try to mix things up with incredible innovations. It’s not a musician trying to wow us with his handiwork on stage as lights pop in the background and explosions rock the arena. New Super Lucky’s Tale is that musician that we’ve grown up with, the one we like to see playing in coffee shops when we’re there, providing great background music that isn’t going to offend us or inspire us, but that will make us smile and be happy that it’s there in the first place. I mean, I never learned to draw happy little clouds from Bob Ross in 1989, but I sure as heck love watching the episodes today, 30 years later, with the same delight as always.

New Super Lucky’s Tale is available now on Switch. This review is based on an eShop code sent to SideQuesting by the publisher.