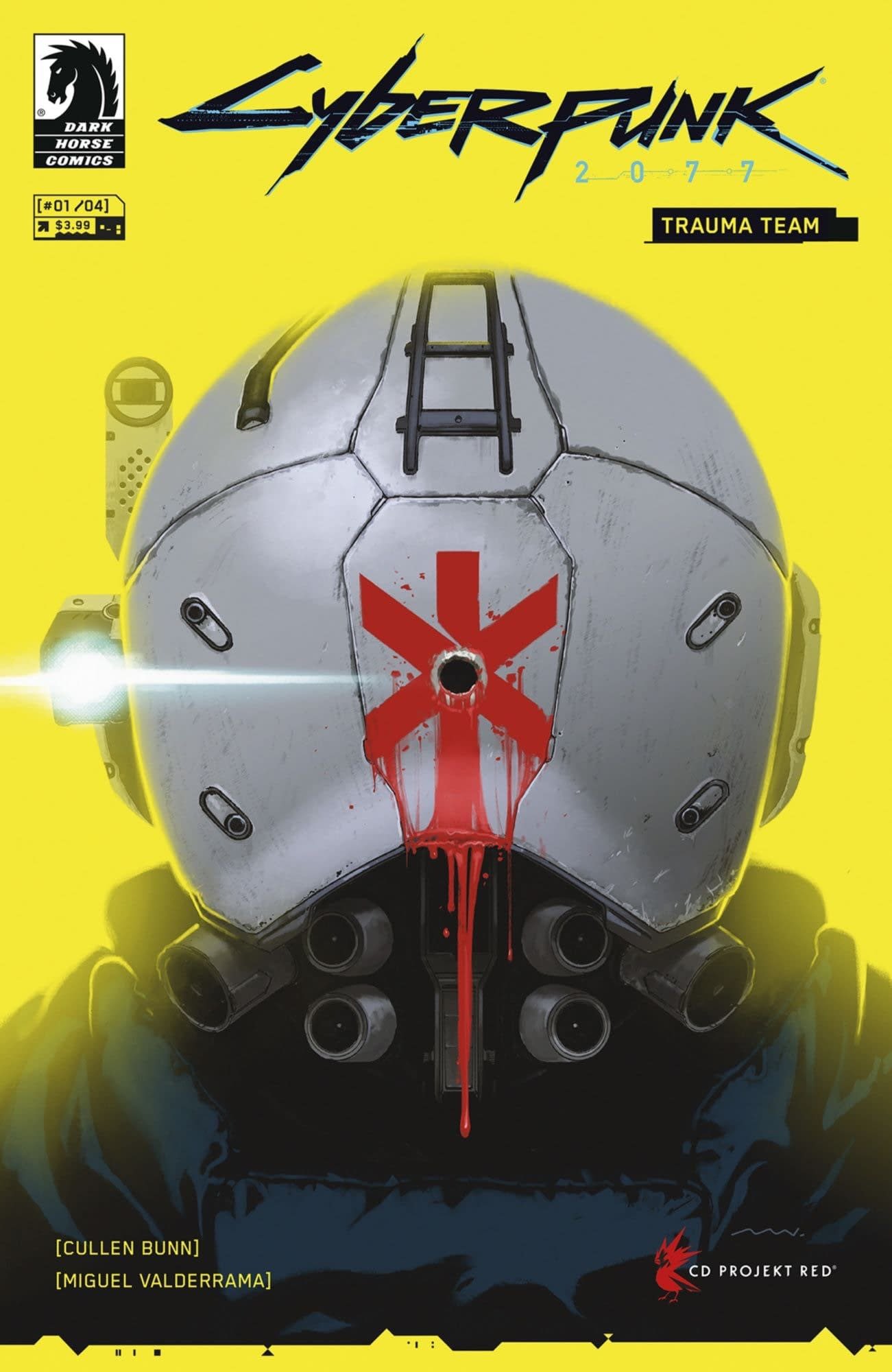 Though today’s Night City Wire revealed a smashing new trailer and a Netflix anime based off of Cyberpunk 2077, there’s actually plenty of more news for the game.

CD Projekt RED and Dark Horse Comics have announced a Cyberpunk 2077 comic book series. Cyberpunk 2077: Trauma Team (not to be confused with the Atlus Trauma Team video game series on the Wii) stars Nadia, an EMT that works for a privately owned business. Having survived a shootout, Nadia is asked to join a special extraction, falling deeper and deeper into the mystery of the street war that’s starting.