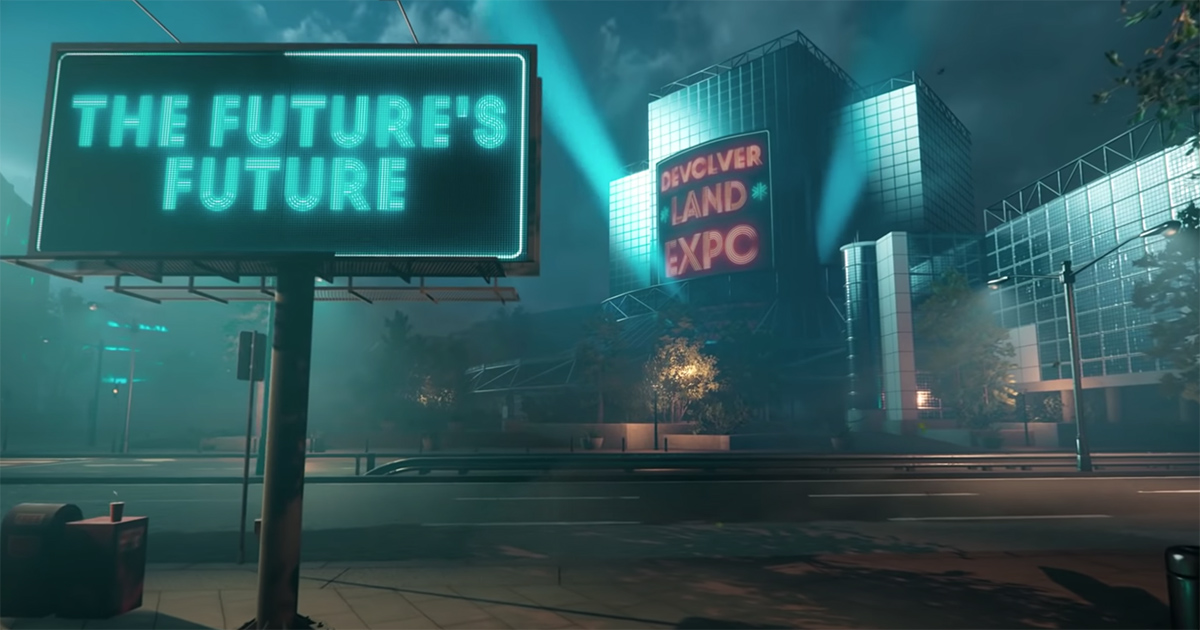 In a stupid or brilliant idea, Devolver Digital has announced and launched Devolverland Expo, an fps set in an abandoned E3 expo center. With no E3 this year, fans may still want to get lost in the convention center experience — minus the smells, sweat, and swearing. And people.

The game is a stealth/action experience in which players need to “rescue” the trailers lost to E3 of yore. It’s developed by Flying Wild Hog, who are also working on Shadow Warrior 3.

And it’s free, and available on Steam right now.