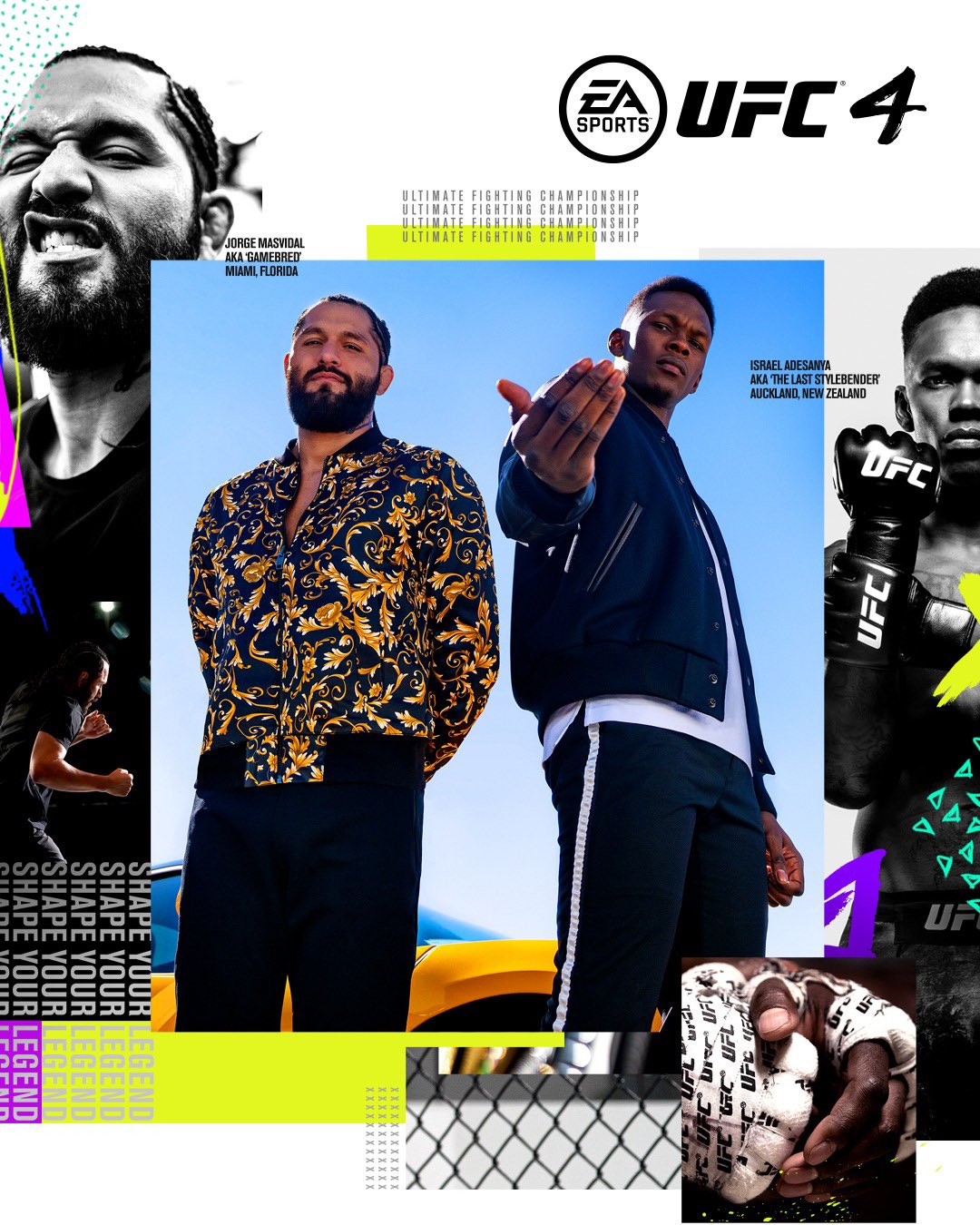 During last night’s hectic UFC 251 event over on FIGHT ISLAND (yes, that’s a real thing) EA and UFC revealed the trailer for the upcoming UFC 4 game. UFC 4 will feature Adesanya and Masvidal as cover stars, with Tyson Fury and Anthony Joshua available as preorder bonuses.

This year’s game, the 4th in the series and the 5th overall of EA’s console MMA games, is releasing August 14 on PS4, Xbox One and PC, two years after UFC 3 arrived in Feb 2018. The game will utilize a new progression system, updated ground and takedown mechanics, and an all-new career mode. Other modes focus on online, like Blitz Battles an Online Championships.

While the game isn’t yet announced for next gen, we’re willing to take bets that it will at least be playable on those consoles if not outright arriving on them as upgraded versions.