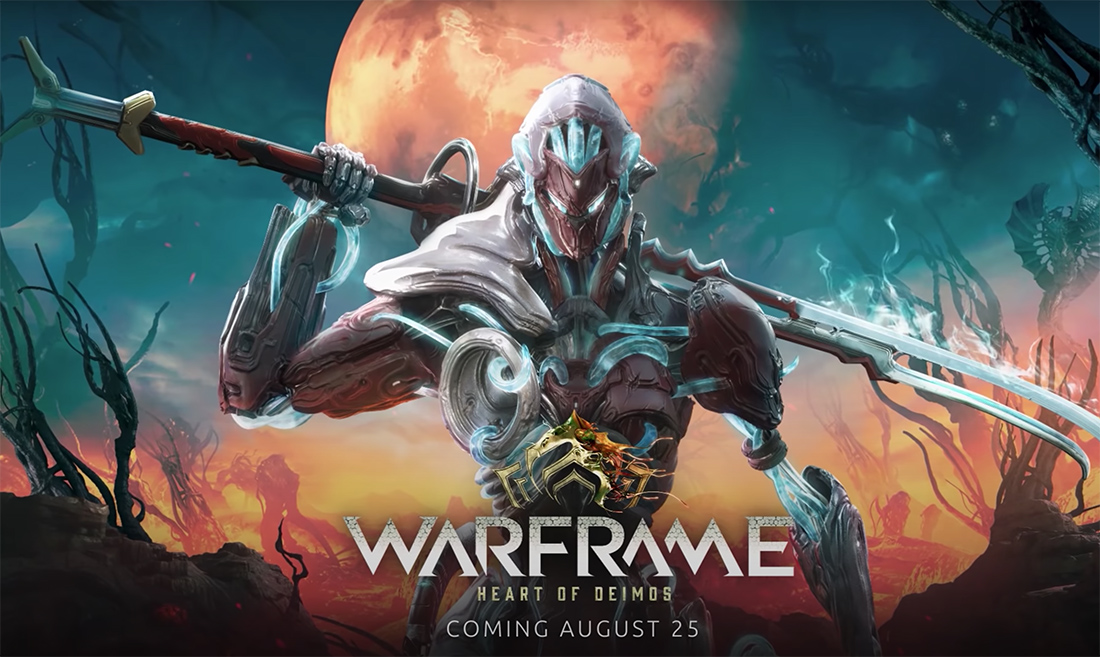 It has mechs and bugs, and is coming this month

Digital Extremes took to their virtual Tennocon stage to reveal the next chapter of Warframe. The Heart of Deimos, the next expansion, takes place on Mars OTHER moon, and will allow players to explore the origins of the Infected faction. Procedurally-generated underground tunnels will become accessible, and traversal will take place on flying bugs (that you can now shoot from).

Deliciously, the game will also bring in Necramechs, allowing players to pilot the suits of armor with all new abilities. A new Helminth Chrysalis System will let players transfer abilities across Warframes, albeit by turning one into goop. Finally, the development team unveiled the community-created Warframe Xaku.

The Heart of Deimos launches August 25th across all platforms.