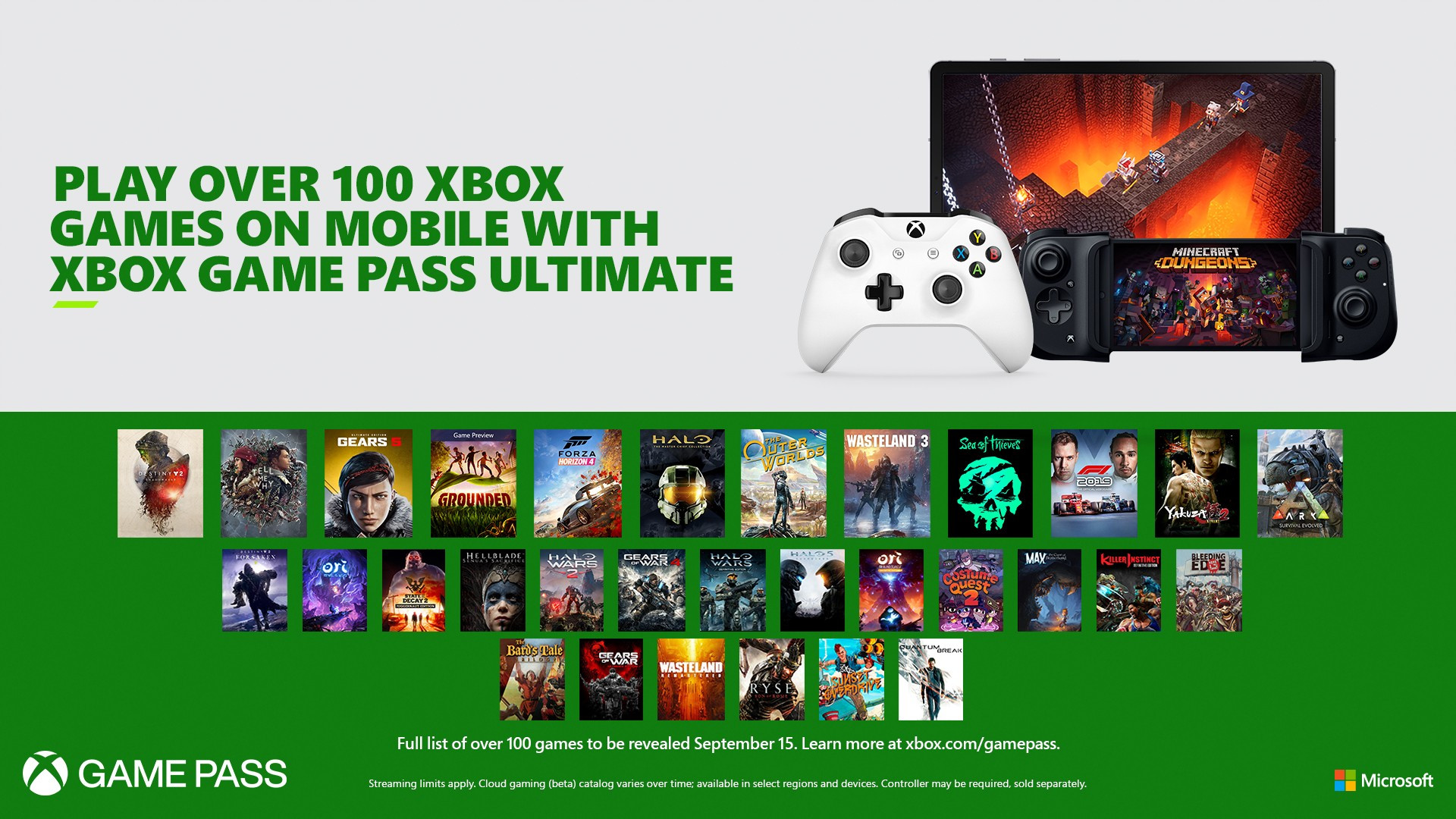 Microsoft has announced that Game Pass Ultimate will formally swallow up Project xCloud on September 15th. Coming to Android devices first (iOS dates will be revealed later) the service will be the all-in-one streaming and download package for Microsoft.

On mobile devices, it will be streaming (obviously) and deliver over 100 games at launch, including Minecraft Dungeons, Halo: MCC, Forza Horizon 4, Gears 5, and many more. It will launch in 22 countries in North America and Europe at first, and expand later.

Microsoft also announced that it is partnering with several peripheral manufacturers to create devices compatible with Game Pass on Android, such as controllers, docks and headsets.

Game Pass Ultimate runs for $14.99 per month, and is compatible on Xbox One, Series X, PC, Android and iOS (soon).