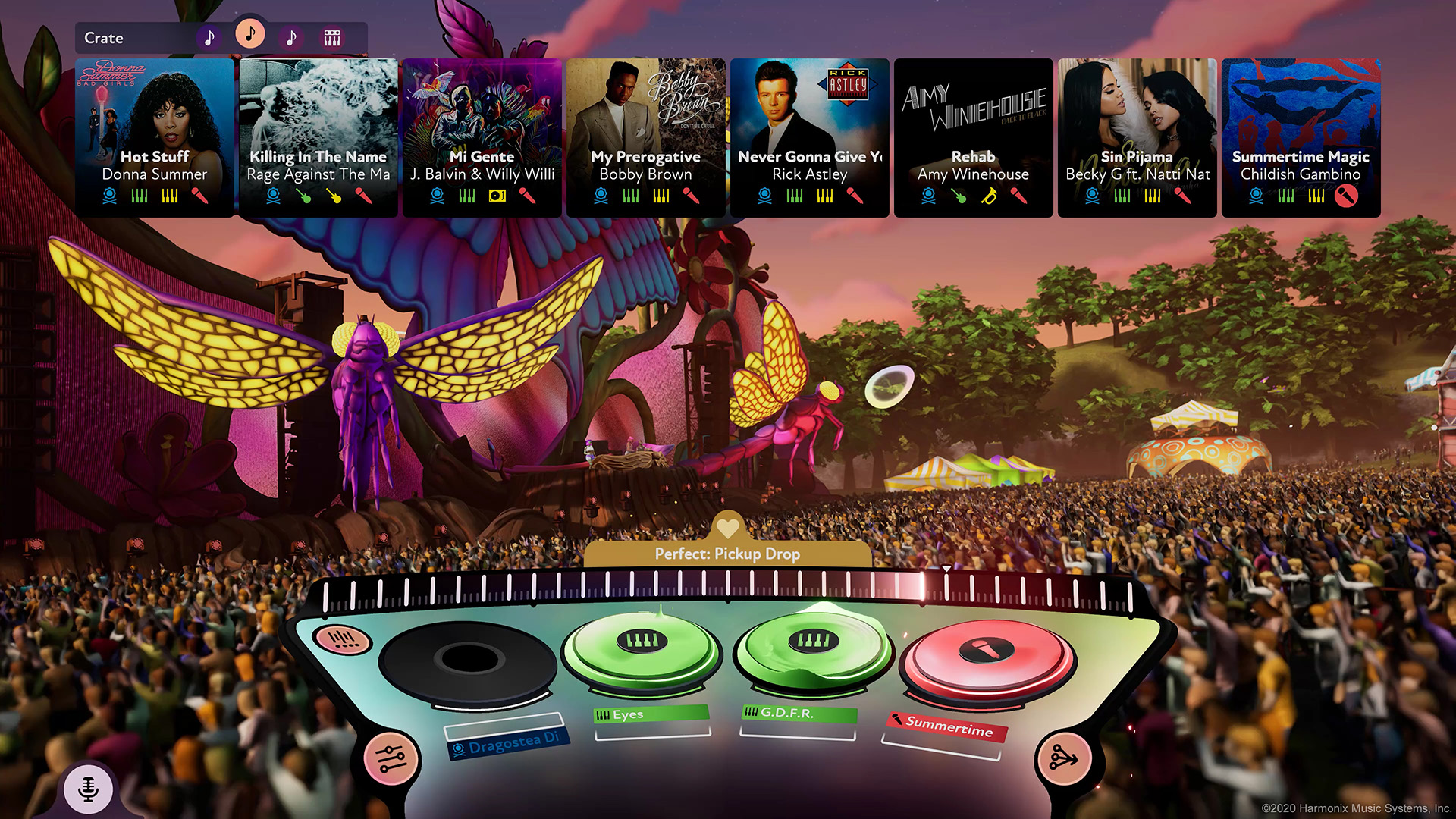 Harmonix’s has revealed a few more new tidbits about Fuser, their upcoming musical genre “fusing” game. The software is similar in concept to their physical card-based Dropmix, in which players could swap parts of songs in and out for unique mixes. It was extremely inventive, but a little cumbersome in that it required phones and tablets to be physically attached to a plastic board (and over bluetooth) to function and NFC-based cards to be purchased in blind packs. Fuser nixes that physical portion and makes it all digital, letting players blend in parts of completely different songs and genres.

Harmonix has revealed that players can collaborate with friends around the globe for interactive sets, and make those sets shareable across their social channels afterward. The game will feature over 100 songs, allow for DJ customization, and even let players host “festivals.”

Fuser launches on November 10 for PS4, Switch, PC and Xbox One.