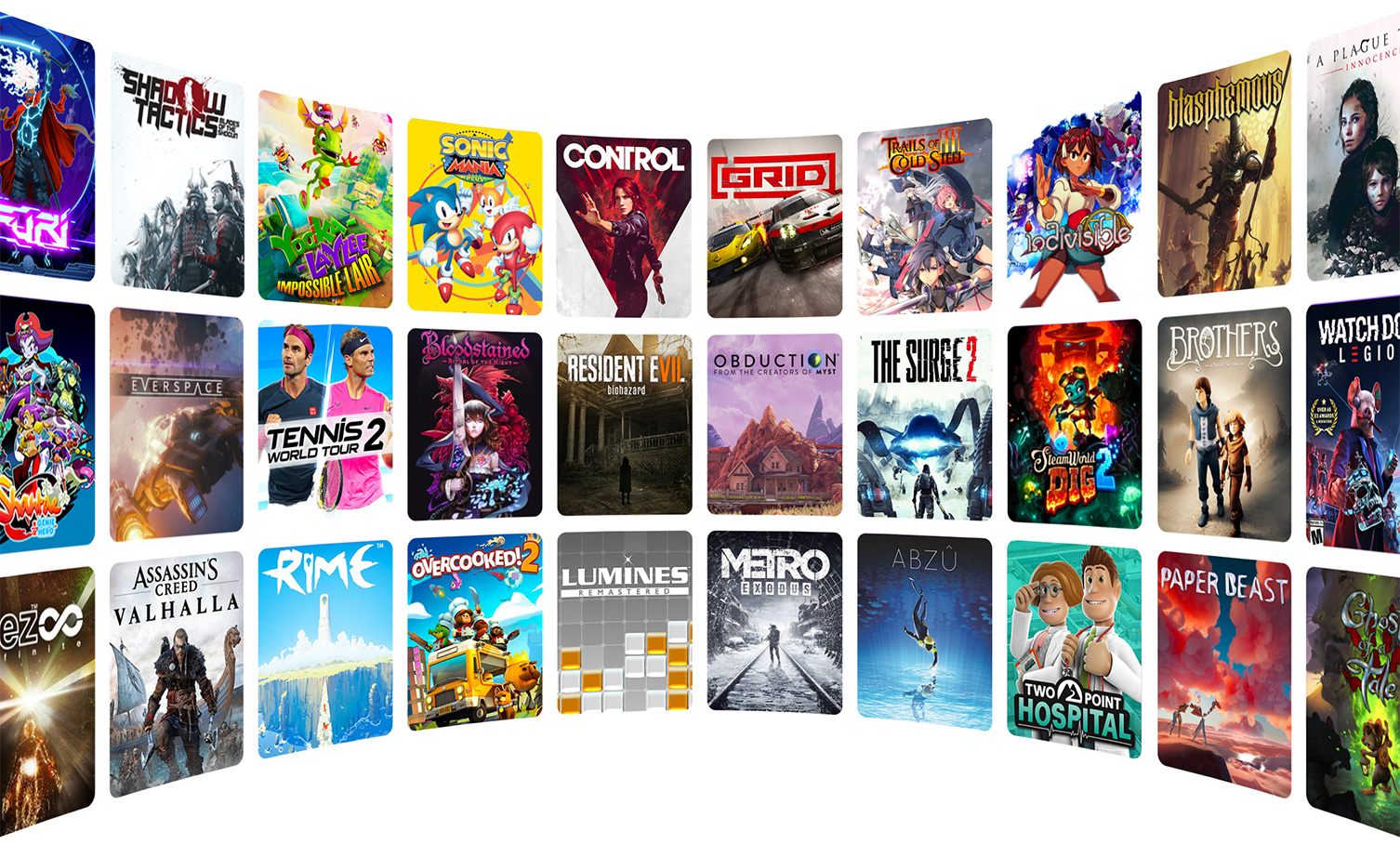 I wasn’t expecting Amazon’s Luna game streaming service to work as well as it did. After trying OnLive’s flailing attempts several years ago, and Xbox’s powerful xCloud beta, I wasn’t sure where Amazon could land with their tech. Surprisingly, it’s much closer to Microsoft’s foray than I could have imagined.

I grabbed a 7-day trial a couple of weeks ago and gave the service a whirl on my 2015 MacBook Pro. It includes an already-available library with its $5.99 Early Access subscription, and the capability to link to things like Ubisoft+ for more, or the ability to purchase some of the newest releases. The games in the library are ones we likely already have — just a quick scan through the listings and I was able to pinpoint owning almost 80% of them already on other platforms. That’s a general gripe for me with any new service like this: how do you expect an established gamer to move to something brand new, when they (I) own all of this stuff on platforms I’m already more comfortable with? It’s still in Early Access, so some of that can be passed off as in-process catalog growth, but it really needs to have more to entice me to look away from Gamepass or Steam.

It does feel much better than some other services, as the Mac app is quick and capable, and games load extremely fast. It felt like they were already on my computer, arranged in a typical list of icons that are just a click away from exploring and starting up. Luna has its own controller, but I wouldn’t recommend dishing out cash for yet another gamepad when you don’t know how long a service will even be around, or if that pad can be used anywhere else. Thankfully, Luna provides integration with both Bluetooth and USB controllers, so the Dualshock 4 was choice. It was tight and responsive, and worked in every aspect, except for when it would get stuck pointing in one direction. I figured out the issue, too: because of how Luna seems to work, if I’m tilting the stick one way and let go while the service goes through a framerate skip, it doesn’t catch that I released the direction, and keeps me pointed and moving. That’s where the actual Luna controller would help, I’m guessing, since it functions as its own WiFi peripheral working through the network separate of the device we’re viewing the game on. The only other controller-related issue is that the games themselves don’t alter their button prompts, meaning that I’m holding a PS4 controller but it still asks me to push X or B.

Because streaming is the biggest and only reason for the service to exist, it’s important to actually test out that aspect. I pushed it against my over-encumbered home network and aging laptop, and for the most part it held up well enough to actually enjoy the games I was playing. In fact, I was able to attribute the network issues down to my old-ass equipment and the multitude of products connecting to my wifi at once (24 normally). Luna would definitely let me know when it experienced congestion, popping up a warning all too often. The majority of the symptoms were steep framerate drops (from 30 to 3, for instance) or audio stutter, but not at the same time and not all that often. To get a broader sense of that capability, I tried it out on a diverse group of games.

Surprisingly, this functioned the poorest of the games I tested out. I noted a lot of stutter, although the audio felt much improved over what pours out of my Switch when it’s attached to the TV. The control response was tight and nearly pixel-perfect, except for the direction stickiness that I noted above.

I noted zero issues with the one-on-one battle action game. The visuals were crisp and the fights were just as intense and demanding as when I played the game in the past, and none of that was related to any network problems.

I wanted to see how Luna could handle speed, and the answer is “pretty well!” The opening portion of the racing game drops us into several situations that we have to vroom vroom out of, like moving from the very back of the car line to win a race. There was some slight stutter in a couple of moments, but nothing that affected the race in any major way.

Yooka-Laylee and the Impossible Lair

The 2D retro platformer worked beautifully, and looked beautiful too. I didn’t come across anything that I noticed as being related to the network stream — just my crappy platforming skills.

Getting time with an FPS was important, so I jumped into Hard Reset Redux and traversed through its world. This, by far, was the most impressive performance I noted, as the game was devoid of any stutters or audio drops, and the aiming was accurate and quick. The visuals looked very high quality, too, and I could pick out minute details in the background.

There’s apparently some Twitch integration in the platform, but thus far it onlycuntions as a window within the app, from which players can select and start the game that the streamer is playing (should they have it in their library). I’d rather have a second window open and browse through my library, as this feels a little cumbersome anyways.

Overall, I’m pretty intrigued by Luna. It functions well and delivers a pretty good streaming experience (should you not have a bajillion products already pinging your network). It’s not integrate with any other Amazon gaming app, like Twitch or Twitch Studio, and even though it’s aimed at the typical gamer, it suffers from having a library of games that user will already have elsewhere. Not having cross-save/cloud save outside of Ubisoft+ gives me no reason to even really try this any more than I already did. It needs to figure out its focus here: if you’re targeting typical gamers, you need to have those blockbuster AAA games right away, and integrate much better into Twitch and Amazon proper (something like earning rewards towards Amazon purchases or Twitch subs, for instance). If you’re angling for people who are casual players, then the content you put in should reflect that too. This is somewhere in the middle, and doesn’t feel like it’s serving anyone in particular yet. You can have great technology, but without having a product focus it’s a hard bargain to consider.

This hands-on was based on a 7-day trial of Amazon Luna available to Amazon Prime members.