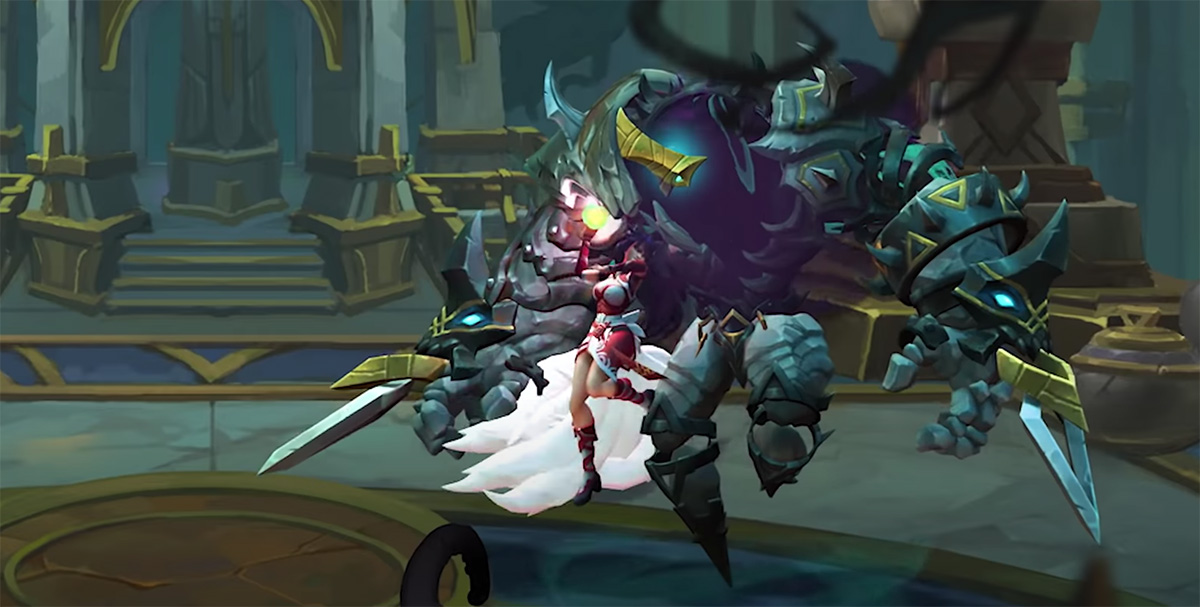 League of Legends RPG shows us what it looks like

Ruined King, set in the world of League of Legends, debuted a new gameplay video a couple of weeks back, so it’s high time we actually took a look at it. As fans of developer Airship Syndicate, the creators behind BattleChasers and Darksiders: Genesis, we were curious to see how they would bring their particular brand of magic to the IP.

So far, it looks pretty on-point.

The game is a turn-based RPG, much like BattleChasers, but with the darkness and traversal of Genesis. The art style is painterly, evolving from the comic book origins first shown in Chasers, with an isometric overworld that appears more expansive than either of their first two games.