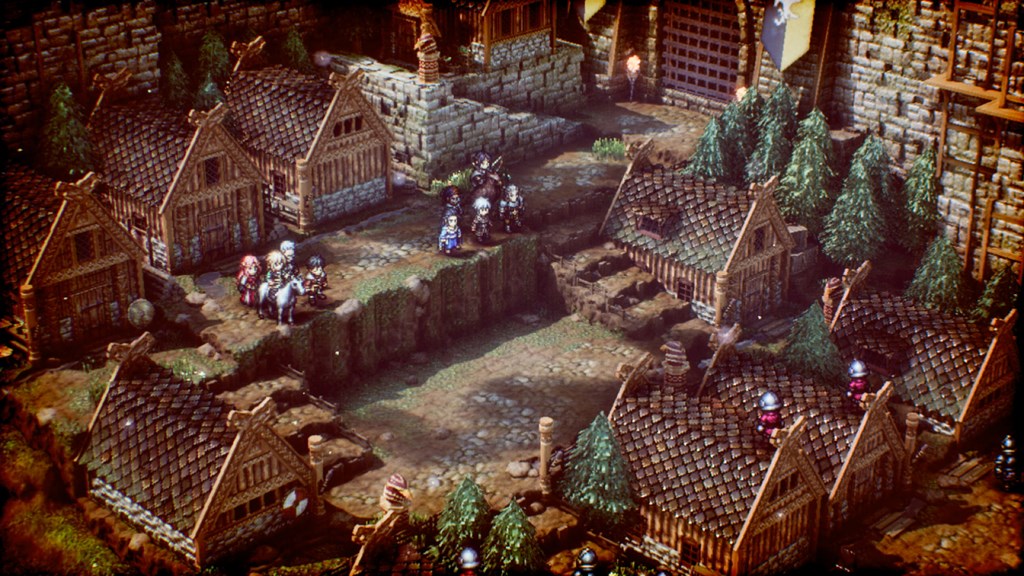 Finally, a fantasy tactics game for the modern classic era

During the Nintendo Direct this week, Square Enix announced the next game in its 2D-HD series. Project Triangle Strategy (working title) will take the HDR pixel look that first appeared in Octopath Traveler and throw it into a tactics style game.

Players will take control of Serenoa, a princess and heir to a throne, as she navigates balancing three different “convictions” — Utility, Morality, Liberty — and the needs of the kingdoms around her. Battles will take place across multiple levels and utilize environmental twists, like melting ice or electrocuting water. An intriguing twist will have characters vote on the Scales of Conviction, altering the fate of the kingdoms around them.

Project Triangle Strategy is scheduled to launch in 2022.