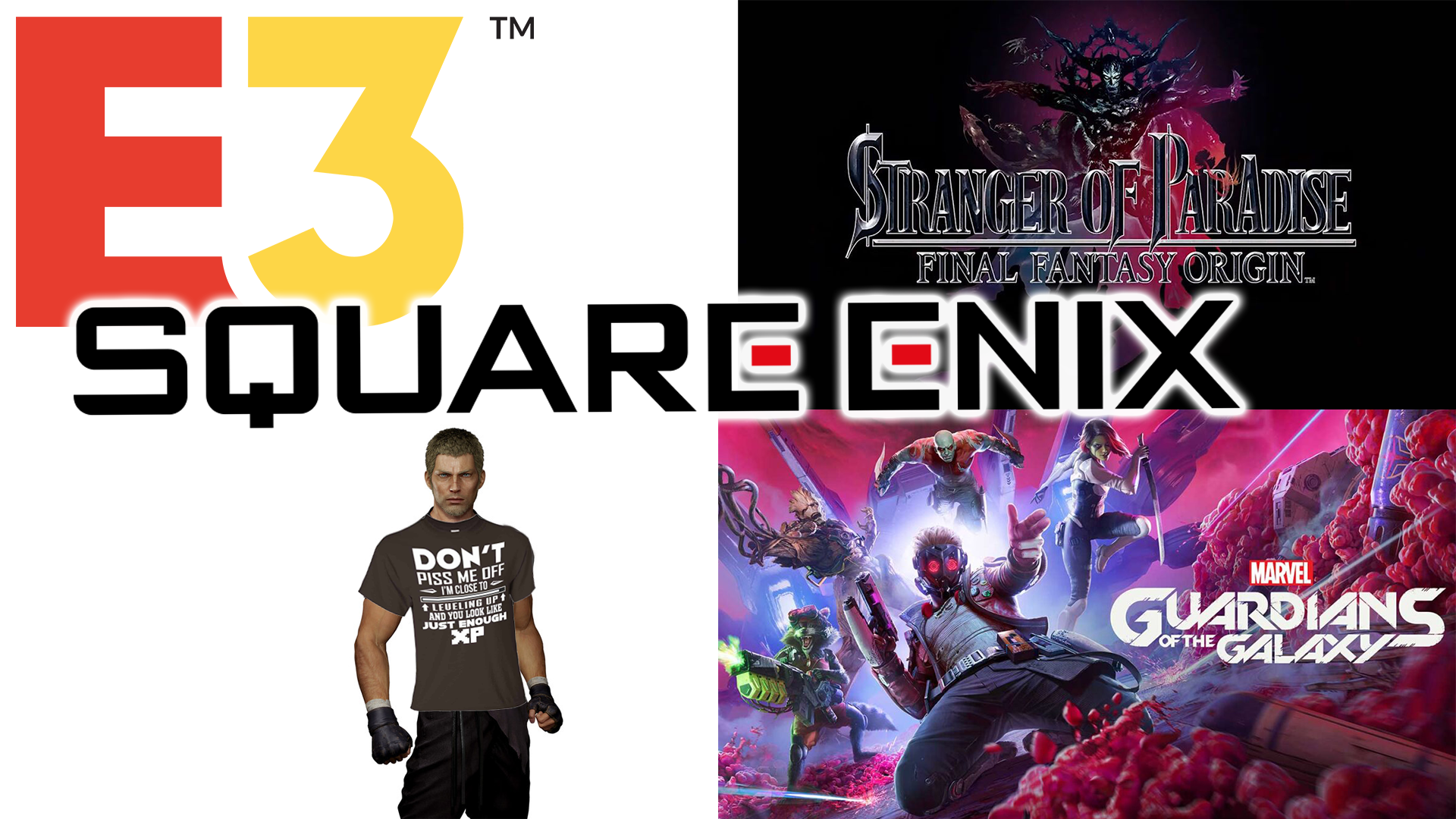 The first game showed off today was coincidentally half of the show. Eidos Montreal’s next game is sadly not a new Deus Ex but a poor imitation of a Naughty Dog game draped in the popular Marvel IP Guardians of the Galaxy which masqueraded as a third person character action looter shooter single player story experience. I am admittedly a huge Guardians fan but nothing shown today really sold me on why the game should exist. Drax, Gammorah, Groot, Rocket and Peter Quill looked the part while feeling like actors you’d see at Disney World pretending to be these icons you love. Unfortunately this brummagem display was a great example of what was to come.

Following Guardians we got a 10 second clip announcing Final Fantasy 1 through 6 are getting remastered maybe and coming to PC and Mobile.

I was in a fugue state at this point so I don’t remember much besides Legend of Mana remake is coming in two weeks.

And then I got really mad and so did everyone else online. So as a preface: about two weeks ago there was a leak online about this event and the juiciest part was that Team Ninja is working on a Final Fantasy title which was to take place during Final Fantasy 1 during the events between the Warrior of Light and Garlemald. The internet was ecstatic thinking about a souls like by the Nioh team based in a Final Fantasy world. Personally my mind jumped to the aesthetic of Amano’s FF1 art and how that color palette could be used for a souls like game in a more fantastically colorful world. The trailer starts up and I saw the words “Concept & Creative Producer & Character Designer: Tetsuya Nomura” flash by and immediately I felt my fight or flight senses kick in. Every expectation I had was shot down and spat on by what we actually got. Literally a dude in a button down t shirt with a Lightning cosplayer and a samurai dude from Comic Con walk into a castle and beat dudes up in a grim dark setting. Just look at these dweebs, dude.

Stranger of Paradise Final Fantasy feels like it could be a bait and switch and God I hope it is. I am a die hard Nomura fan and I defend the man whenever I can but I think he might have crossed a line with me finally. The first Final Fantasy is a fantasy game at its core everything in its’ design is oozing classic western fantasy tropes. It wasn’t until later that the games started to move more into fantasy sci fi and less grounded fantasy. It feels like when you were a kid and would see a cool toy in a McDonalds commercial and then you actually go and get it and it looks like shit.