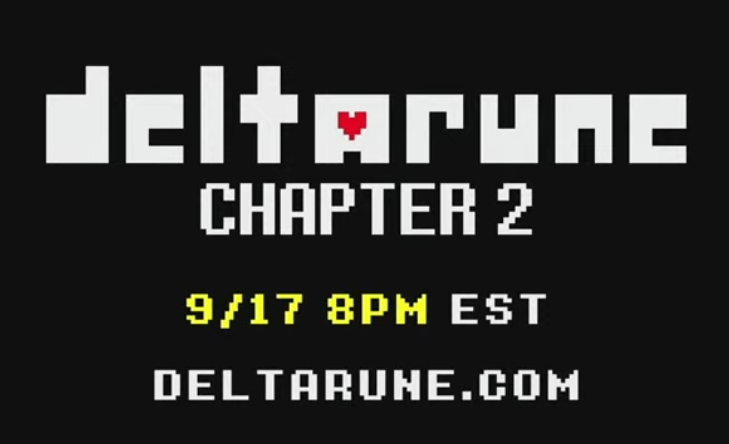 The second chapter of the innovative RPG arrives this week

Game developer Toby Fox has revealed that Deltarune Chapter 2, the, uh, second chapter of his Deltarune RPG, will be released this week.

The project, a side story to his original Undertale adventure set in a different world, is an homage to games like Earthbound/Mother. The first chapter of Deltarune was released on October 31, 2018, so the three year wait has been excruciating for some fans. Fox notes, however, that you don’t necessarily have to have the save data for the first game lying around: Chapter 2 can be played on its own, but will make sense if you have some semblance of the plot you left behind so many years ago.

In other words, watch a YouTube playthrough or read a wiki. Or replay the original, since IT’S FREE.