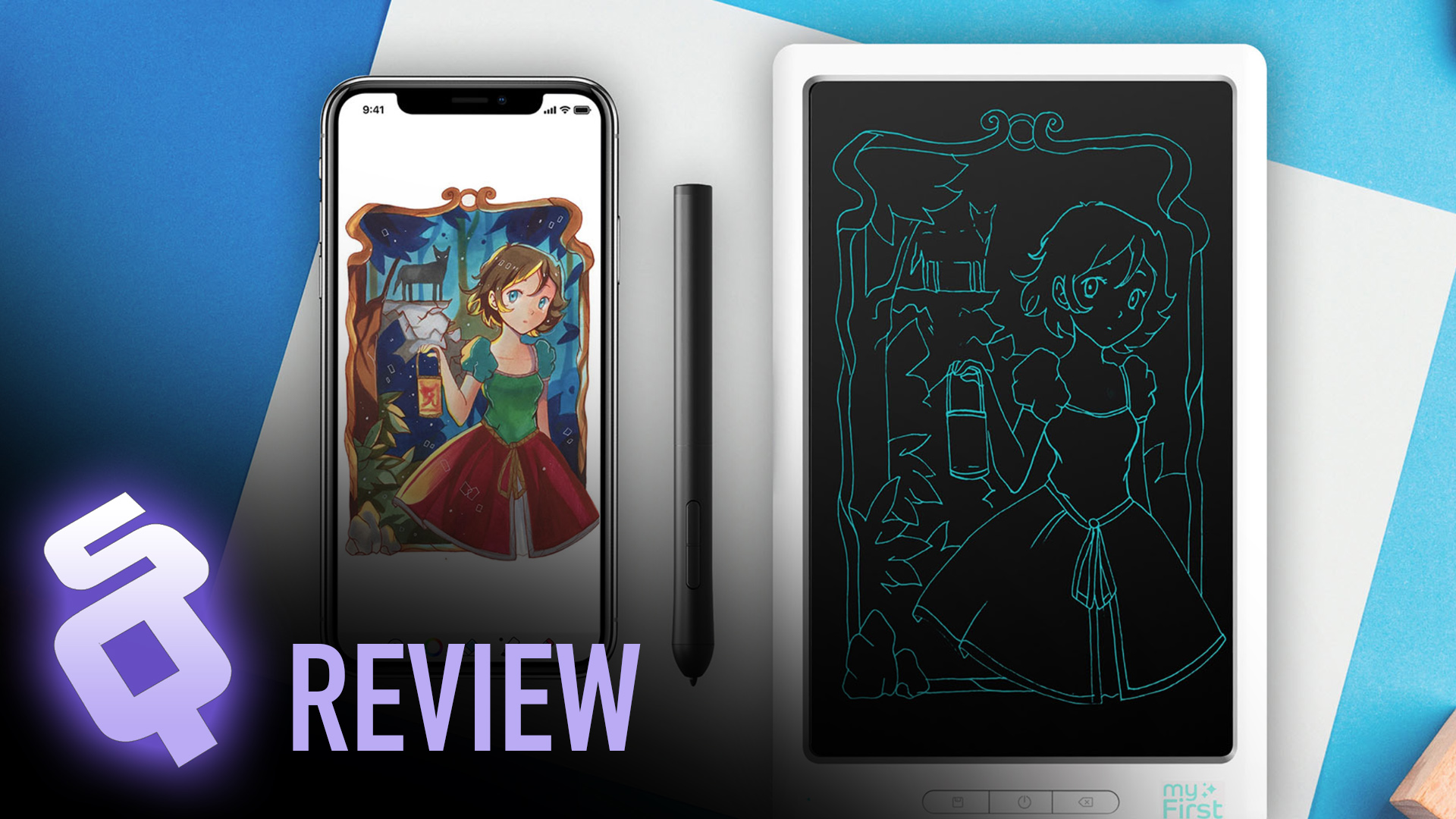 A look at a little tablet with some intriguing potential

You may have watched our video review of the myFirst Sketch Book tablet back in May, but with Back to School season in full effect we thought it would be great to revisit the device and see how it’s tracked over the Summer, and what it could mean going forward. And, we can’t help but say that we’re surprised at how the different usage scenarios of the device have made it much more intriguing than we had anticipated.

The myFirst Sketch Book is an e-ink tablet device from the company of the same name, aimed at children 4 yrs and under. That’s not to say that it isn’t serviceable for other age groups, just that you should likely use that as a baseline expectation for the product going in. It’s essentially a Wacom take on an Etch-a-Sketch, which ends up being a strangely versatile combination, with a few caveats.

It’s meant to be an easy to use tablet, almost fool proof, that can be used alone or connect to a mobile device. It’s a great size, too, with about a 10 inch diagonal screen. It has nice, smooth edges to the plastic with a texture that feels good, especially for the intended small hands that will use it most. It’s an overall friendly appearance, too, with a nice two-tone color scheme. But it also feels of slightly lower quality, especially when comparing to other tablets. It’s not meant to be an iPad or Kindle, but those devices have sort of set the standard when it comes to electronic hardware. Much like other toy-like tablets, the design of the screen to the outer bezel means there is a gap around the edge. To a kid it doesn’t matter, but to a parent we can imagine crumbs from grubby hands getting in there eventually. The buttons are low profile, but don’t seem to give enough click feedback. I don’t know what the durability of this will be over time when young kids are dropping them, so luckily there’s an included case that can protect it.

There are three buttons on the front: Save, Power, Delete. Tapping Save lets us record the image on the screen, while Delete wipes the screen completely clean. There are USB ports on the tablet and the pen to charge the devices, and a sliding lock switch on the side to prevent accidentally deleting the image. The pen has two buttons for use in the app (more on that later).

Build aside, the user experience is the most important part of the product, and this is where it really relies on your intended use. If you’re thinking this is a replacement for an iPad — this ain’t it. At its most bare bones function, it’s not much more than an electric Etch-a-Sketch that you can use a pen on. At that level, some light sketching, note taking, or furious games of Tic Tac Toe are common and probably the limit. The “ink” is one color, cyan on black, and it’s unfortunately faint making it difficult to see. The tip of the pen is fine point and leaves a thin line, meaning that there’s only one thickness. Pressure sensitivity comes from how hard you press down to “scratch” the ink. I drew a car, because I always draw cars, and it’s OKAY for that, but it may be difficult for kids to see consistently. It needs more contrast, in other words.

The tablet is actually meant to connect to a secondary device, which is where I actually can see a ton of innovative use, at least from my own perspective. Using bluetooth, the Sketch Book app can link up to the tablet for a couple of things. One, it can import the sketches as line drawings, and two it can be used as a second screen to sketch to. I know what you’re thinking: why sketch on a tablet that connects to a touch screen device when you can just sketch on the phone itself? Well, for one your (my) fat fingers won’t get in the way when sketching, and you also won’t have to worry about accidentally touching the screen to leave a brush stroke. While sketching on an iPad already rules the roost, sketching on a phone is a far weaker experience. Therefore, using the myFirst Sketch Book as a sketch surface that translates to the phone screen is actually really novel, and a great way to interact. The only issue is that the app itself is incredibly bare bones by comparison to other art apps; to really push the value of the tablet it would be fantastic to allow it to connect to Autodesk’s Sketchbook, or Photoshop, or Procreate. Or, even better: Let this device connect to a PC. Right now, Wacom owns the home drawing tablet market, but if I could use the myFirst alongside the desktop applications I would be in heaven, and it would open up an entire new market.

At the very least, the app needs to be updated, if not for art’s sake at least to include games or some level of educational integration for kids. Imagine having a “learn to write the alphabet” aspect, or math quizzes, for example. Something, anything would be a valuable addition.

The myFirst Sketch Book tablet is unassumingly simple, yet carries with it some nice potential. It can be integrated into an app for a lot of value, or just used as a scratchpad for notes. I’d love to have it connect to other mobile art apps, or even PCs where its value jumps for education, art, or even games like Jackbox, as that could only make its value jump exponentially. The app may be a bit rudimentary, but the real-time drawing between it and the tablet is cool and works surprisingly well. While it may not be for everyone, it could be landing at a good time for school-age kids that aren’t allowed to take phones into schools — I can see the tablet become a nice way for parents to track kids’ math and learning skills. Whatever the usage, the tablet is versatile for some of the quicker uses out there. It’s not going to replace your iPad, but it could get rid of all of those sticky notes and some of those stacks of paper you have lying around.

This review is based on a retail unit sent to SideQuesting by the manufacturer.

More information can be found at their websites here: