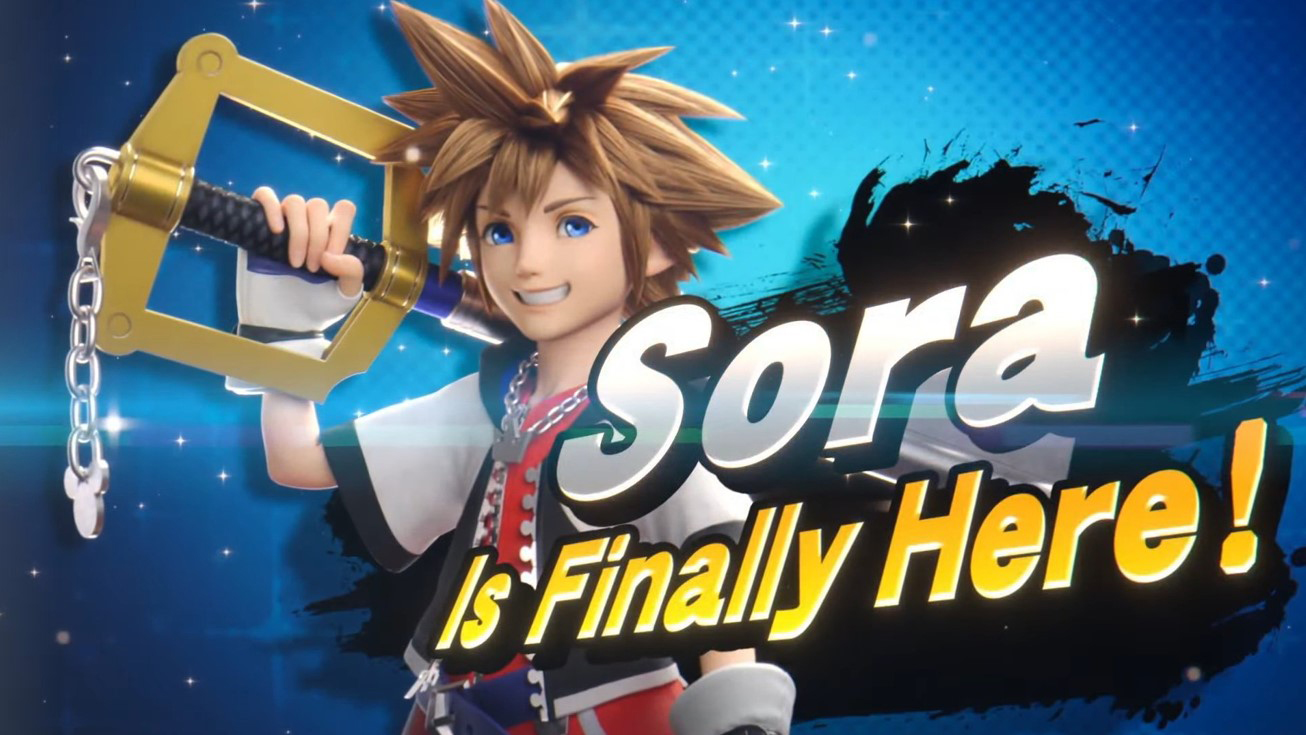 Kingdom Hearts’ Sora is finally in Super Smash Bros, Nintendo’s Masahiro Sakurai revealed in a special stream today. The character, he notes, has been the most-requested for the fighting series, and after many years and attempts (since the 3DS/Wii U iteration) they were finally able to make it happen.

Sora’s color variations and poses will reflect each of the different game’s he’s appeared in during the Kingdom Hearts series, from console to portable. He’ll carry movesets, combos, and special attacks from all of the KH games, though his Final Smash, named “Sealing the Keyhole,” was left unrevealed to tease fans for their purchase.

Sora’s stage is Hollow Bastion, which is simple in its design, but perfect for battles. It will shift and change its background design during the battle. The game will also bring 9 songs from the Kingdom Hearts series.

Sora will be available for $5.99 or as a part of the Smash Bros’ Second Fighters Pass when he releases on October 18th.