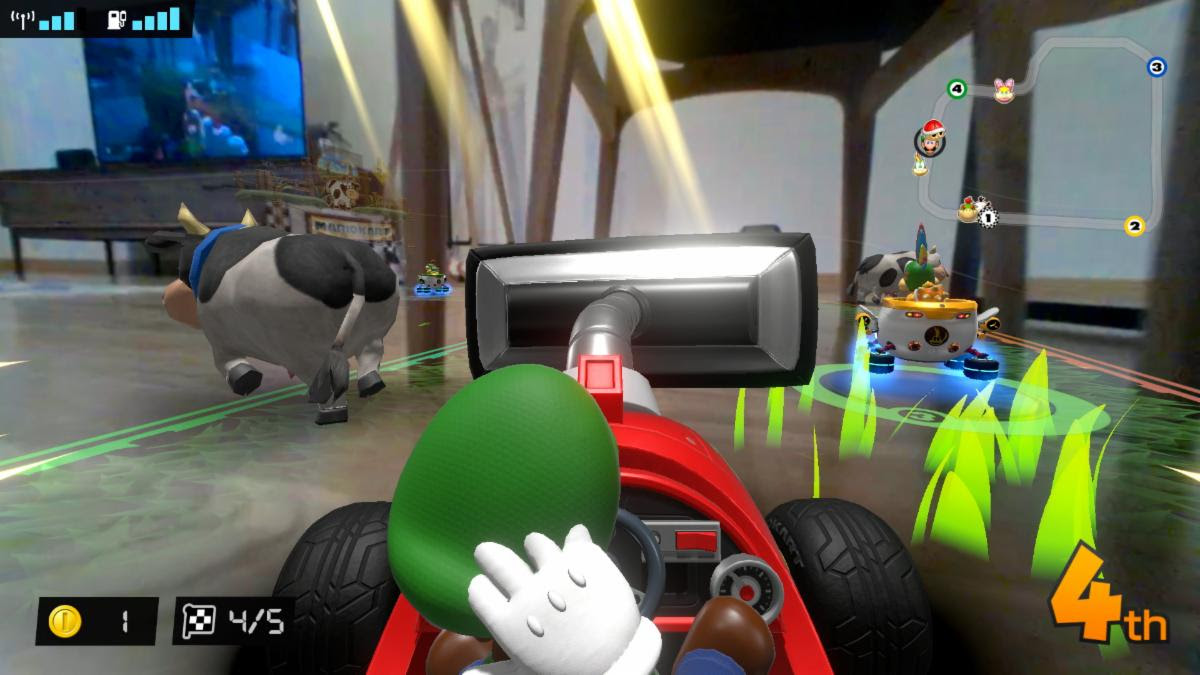 More reasons to race around your kitchen

Just in time for the holiday shopping season, and a chunky price drop during Black Friday, Nintendo has revealed that a major update is on the way for Mario Kart Live. The game, an augmented reality (AR) take on the biggest racing game on the franchise, typically has one player piloting a physical toy kart around their home through the use of special cardboard markings and their Nintendo Switch. With this new update, up to 4 players can jump into the action in various ways.

Two players can face off with Two Karts One Switch (our name for this mode), as the game will now be playable in split-screen allowing for direct competition on the same course. The augmented camera view for each car will show up on either side of the screen, and should make for some real chaos when your cat runs across and knocks over a marker.

In Relay Race Mode, up to four players will be able to control the kart, as it will switch lead racer as it passes certain points. Each player will have their own controller, which will become active during the race’s 8 laps.

New kart and course customizations have been added as well, including the Poltergust from Luigi’s Mansion. Finally, three new courses are available — Windmill Meadows, Music Broadway and King Boo’s Courtyard — in the new Luigi Cup.

The update is now live, and the price for the kart + game bundle will drop to $59.99 starting next week.