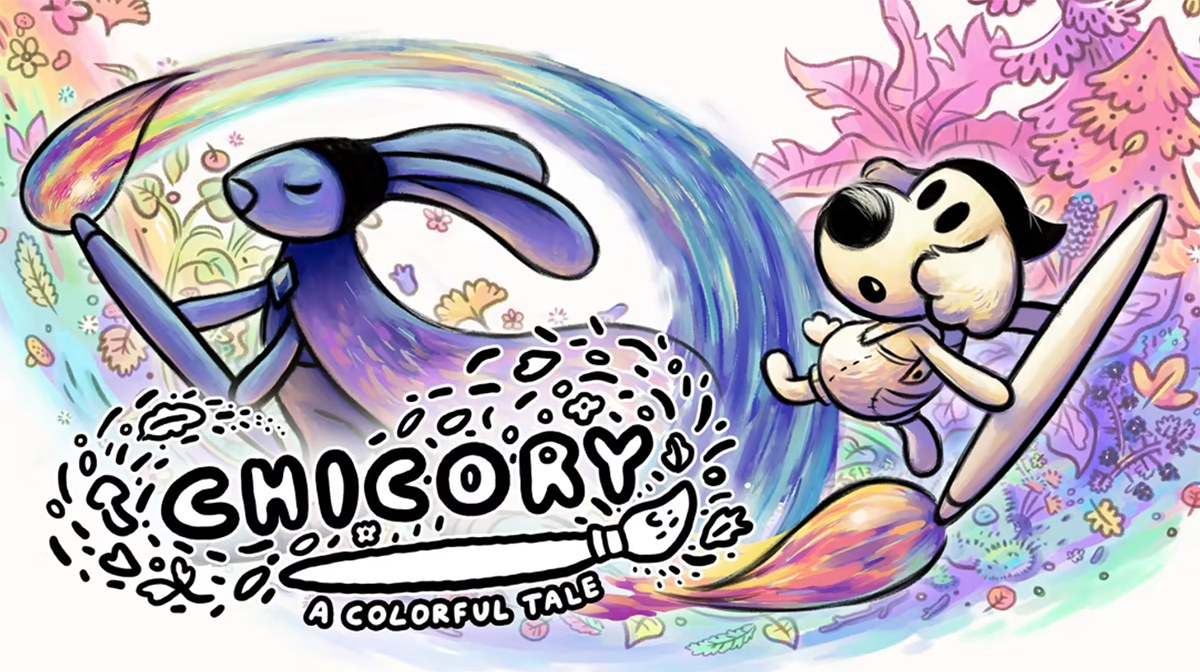 The colorful introspective game arrives on another platform

Chicory: A Colorful Tale, the newest game from Finji and developer Greg Lobanov, is now available on Nintendo Switch. The game initially arrived on PlayStation and Steam back in June of this year, but as was announced on the most recent Indie World games showcase from Nintendo it has now launched on gaming’s most popular console.

Chicory stares the title character, a pup with a big ole heart, as he wields a magic paintbrush. The world around him has gone colorless, and it’s up to him to bring the magic back. Along the way, he’ll solve puzzles and help more than 100 other animal friends. The action adventure game takes a top-down perspective much like the Zelda series, but the inclusion of so many friends has a certain Animal Crossing feel to it as well.

It’s more than just action and puzzles, though. The interactions carry more emotional weight, and the symbology of color is ever-present.