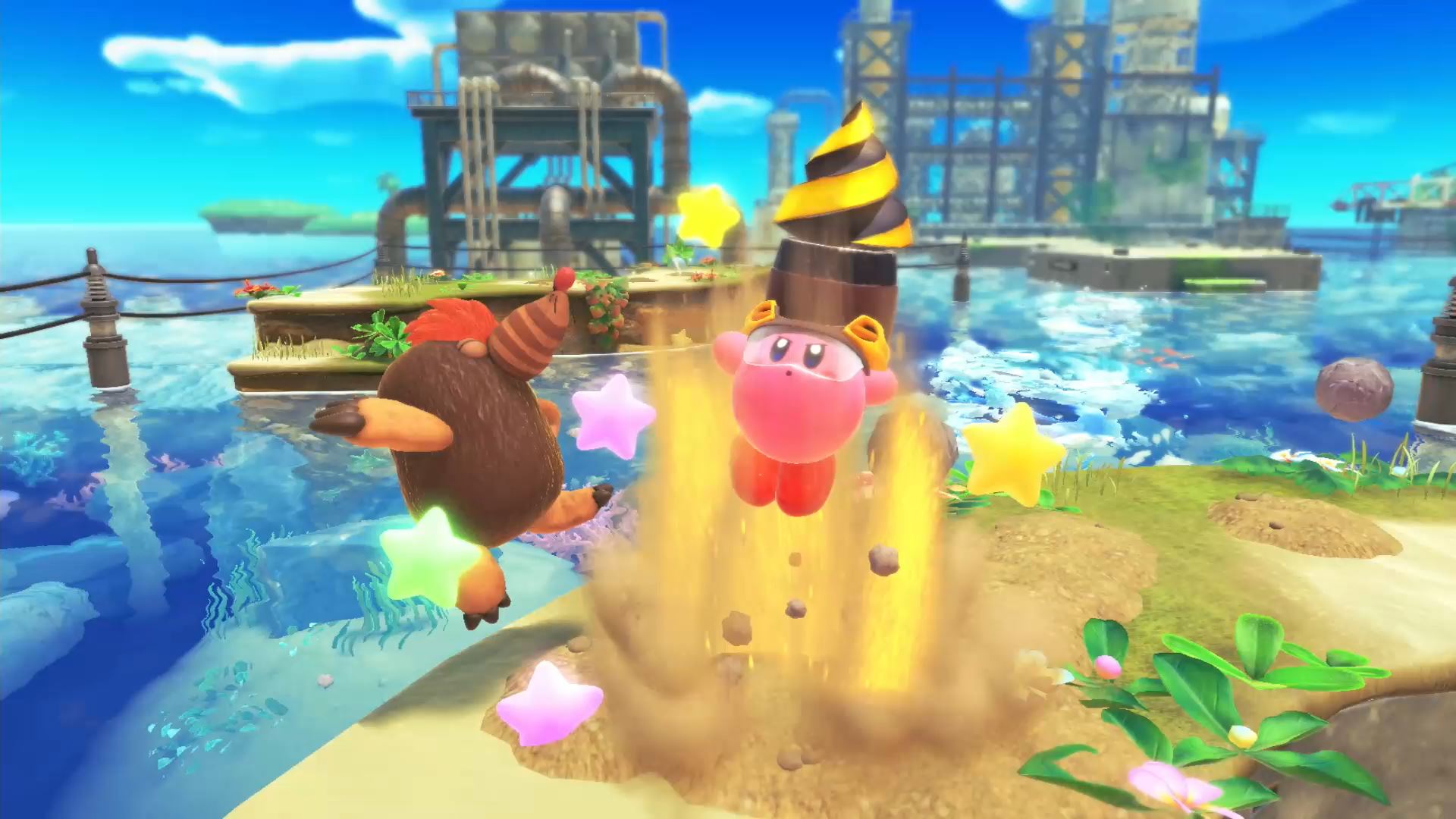 Get a look at the game’s copy abilities, features, and release date

Kirby and the Forgotten Land was a genuine, pleasant surprise last year when it debuted during Nintendo’s last major Direct. It introduced what appeared to be a giant 3D world into Kirby lore. Now, Nintendo has given a broader amount of info about the game, detailing more of what players will experience.

The game looks to be most similar to Super Mario Odyssey, in which a central hub connects large levels filled with several things to do. It’s not open world, but it does have large, themed areas to explore. The game takes place near the ruins of an ancient civilization, and drops Kirby into a story where he needs to rescue kidnapped Waddle Dees. As more of them are rescued, and more secrets are found in the worlds, the hub becomes populated with characters, buildings, and shops. Players can also connect online to check out how many collective Waddle Dees have been rescued and how they might compare.

Forgotten Land will bring back many of Kirby’s copy abilities (magic, swordsmanship, etc) but will now also add a pinpoint sniping Ranger and a Driller that lets the pink puff head underground to launch and surprise his enemies from below.

Interestingly enough the game will also be co-op, allowing a partner to saddle up as a bandana-wearing Waddle Dee who fights with a spear. It’s not the “Full Kirby” but it brings some nice additional attacks to the battles.

And there’s a dog? Are we seeing that right? A doggo?!

We’ll find out if there is and if you can pet it when Kirby and the Forgotten Land launches on Nintendo Switch on March 25, 2022.