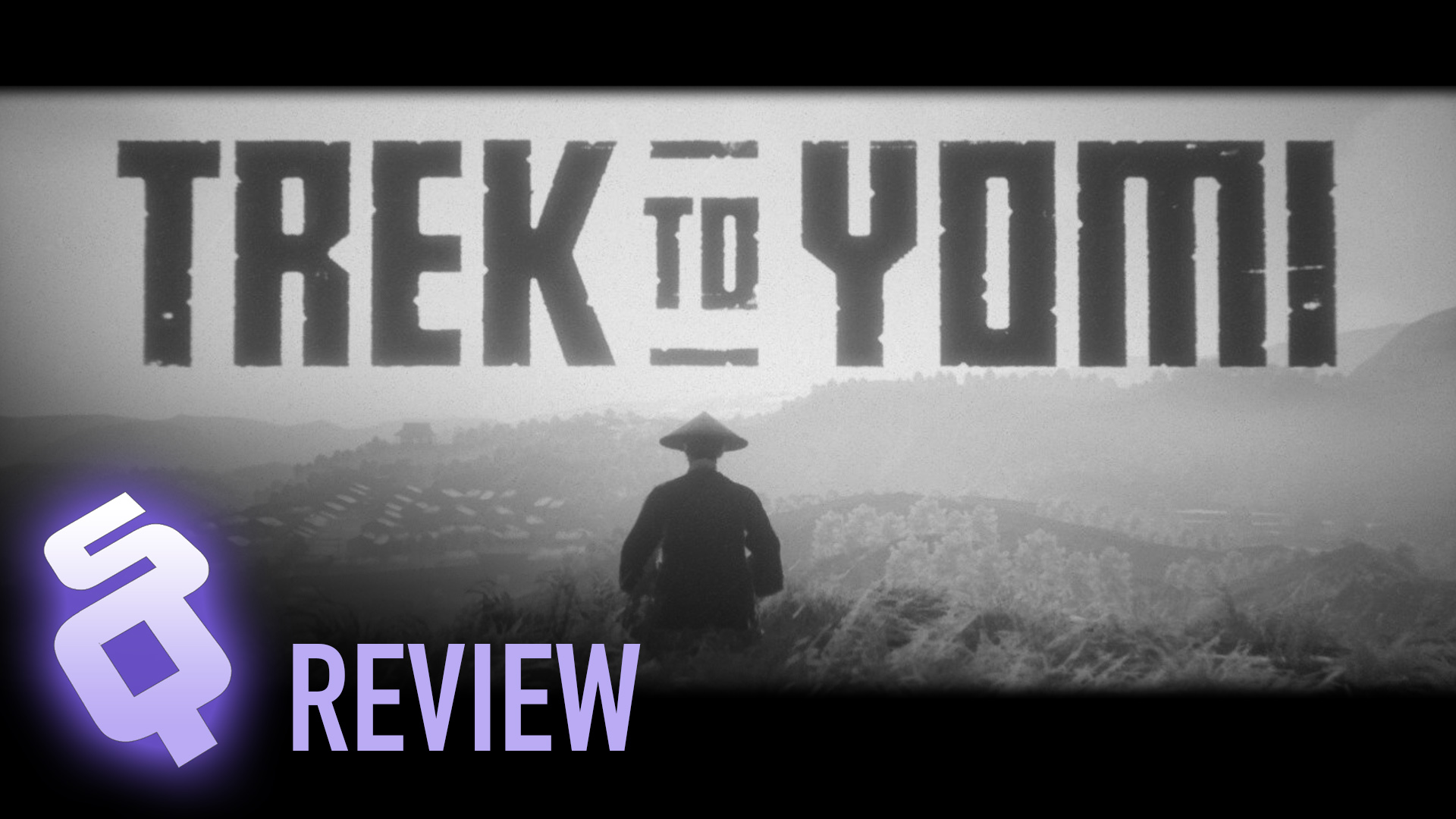 An ode to 1950s Japanese cinema and traditions

Post-war Japan was a renaissance of domestic filmmaking in the country, leading to great classics like Tokyo Story, Rashômon, and Seven Samurai. There was a lot of discussion around feudal Japan, the country’s traditions, and how modern life had evolved from the old days. The themes and storytelling in the films had a lot of haiku-like influence, with every scene and every line meaningful and linked. It was still in the black & white era of film, so the Japanese artists relied on lighting, chiaroscuro, motion, and perspective to create stunning visual scenes that both emphasized and told stories on their own.

Flying Wild Hog’s Trek to Yomi aims to capture that feel, checking the boxes on both stylistic and thematic aspects of the film era, and linking it all together with 1v1 action that can at times be both incredibly challenging and equally meaningful.

This is a hero’s journey, as seen through the eyes of genre fans who have done a good amount of homework. We control Hiroki, who is bound by honor to protect his town after bandits have ransacked it and his sensei. Like those classic movies there are threads of death and rebirth, honor, and duty; it’s at the core of Hiroki to put the direct needs of others in front of him. He’s been preparing for this moment his entire life, training both mentally and physically to be the village’s protector. And now that moment is here. Modern games often fill the blanks in a story with cutscenes and text, but not Yomi. The few that are in the game are relatively short and serve more to link than to explain. Here we learn by action, by moving through the world and pushing, pulling, climbing, and battling our way to the home of the bandits.

That’s where the game’s aesthetic becomes as much a part of the storytelling as any text or conversation or FMV does, if not more. It’s in your face, aping that era of films, fully in black and white and using depth to separate the hierarchy of the screen. Like those films the action is in the middle ground. We are meant to be bystanders, watchers. We’re often behind bushes or peeping out of windows or down hallways, as if we’re trying to stay hidden as the spectacle plays out. The general action moves on a 2D plane, but this allows for the game’s control of the camera to be very specific. The Director blurs the foreground, dictates light movement of trees or fire in the background, or shifts the perspective to give us the sense as if we’re on the second floor of a barn staring down in the streets.

The visual influence to the story is thus evident. We start by seeing Hiroki as just a child, as the village would see him, and then we follow him, quite literally, through the streets and alleys, through the forest, through caves, as he ages and changes, as he grows and matures. When we’re in perspective-shifting hallways we know it’s leading us to a specific point in the plot, and when we’re in forests we can see the trees “breathe” and understand that Hiroki’s journey demonstrates that though our world is burning we’re still tied to nature.

It’s a short game, only 4-5 hours, but the chapters are divided into countless small scenes that play out in this way and tell the story very specifically and, like in film and on stage, they’re carefully planned. We NEED to go through these scenes like this, with these camera angles and these environments in this order to have the story told to us with most impact. The audio, which is more often environmental rather than encompassing some massive musical score, revolves around us just hearing the crackle of fire or the wind through trees or the rush of water, and adds to the ethereal, emotive link to the world.

The majority of the game is combat — not fights, but confrontation, one-on-one, where every sword swing and pole charge has weight. In fact, often times we see the bandits we’re meant to face before they see us, so we hear them conversing about specific things they’re doing, people they’ve killed, or even their own takes on the situation of this war. That purposefully makes each fight almost personal, and mirrors that duel that is so popular in the genre. The game won’t let us just swing away; this is not a brawler. We have to block, to parry, to duck and to roll. This is further underscored by the stamina bar, as we wear down if we swing too much or block too much, leaving us open and panting with damage against us that much more paralyzing.

Each battle has its nuances, telegraphed by what kind of enemy we face, though the vast majority are based on specific sets of attack sequences (high strike, then mid strike, then block, then step back, then low sweep, then repeat). Once we’ve figured out which enemy does what, we can much more easily prepare for them. It’s almost like a dance between two people, where once you know the move set you need to follow along well enough to maintain composure and balance, or else fail and get stabbed. That’s one of the only real hiccups in the game, as there’s a set number of enemy types so we end up facing the same mini-duels over and over again. It’s the only thing that keeps the game from being really, really special.

I rarely talk about difficulty selection in a game, but in this case it really does affect the experience. The game’s Story Mode still has us engage our enemies but their attacks are more predictable, easier to break, and much weaker. This puts more of an focus on the game’s plot, allowing us to almost cruise through. We’re certainly OP in this mode, but it feels oddly intentional. Meanwhile in Normal difficulty, every battle is a small war. Timing becomes crucial, damage is wicked, especially early in our adventure before we’ve increased our health, and each battle really wears us down. In situations when we have to face two or three enemies in a row, we can often find ourselves failing and having to replay the bouts over and over. It tests our mettle, even with gracious save points, because if we miss even one block then we’re at a serious disadvantage to recuperate and win back. But it also makes the story that much more meaningful, as we have to earn our way through. And in the hardest mode? It can push us to our ends, dangling dangerously close to frustration if we’re not the hardest of hardcore fans of the game. We’re just trying to get through this townhouse to get to the next dance, man, because we love to dance.

Whatever difficulty we choose, the Trek to Yomi can lead to a poignant journey, one that relies on the full length of the experience. We don’t want to stop going through, we want to see where our journey will take us next. Small setbacks aside, that journey is well worth our time.

This review is based on a Steam code sent to SideQuesting by the publisher. Trek to Yomi is available now on PC Steam, Xbox, Game Pass, and PlayStation platforms.