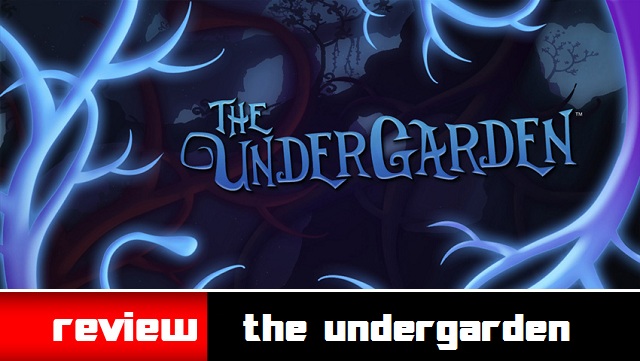 It really is fun to exist in The UnderGarden‘s simply gorgeous and calming world, while also feeling so involved.

Straight up, The UnderGarden is easily the most beautiful game I have played this year. I also picked the perfect day to play Vitamin G’s latest effort: Having just gotten home from a hard day out, I sat down to relax and play some games. I was really not feeling up to the fast pace of a AAA shooter or the complex thought required for a deep adventure game. So, I loaded up The UnderGarden and right away was met with a message: “Sometimes it is fun to just float around.”

No hints, no gameplay tips, just a message on how to relax.

I went in knowing less than nothing about this game, and it proved to be a blessing. When I visited the main hub-world and just started floating around, I didn’t know how to do anything. Yet, I was neither frustrated nor confused because of the ambiance provided by the music and the bright colors. It felt good to just float and not worry about accomplishing anything. Eventually, a tip popped up on how to enter one of the 15 levels in the game. I heeded the tip and was met with my first direction, “Collect pollen to grow stuff”. 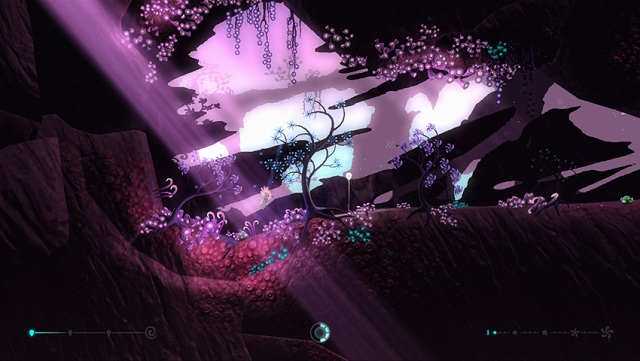 That is the base of the gameplay. You gather pollen from pods and pollinate various growths around the environment in order to make them bloom. As you move through the world you have to grow different fruit that are used for the game’s different physics based puzzles. Using three controls, move, boost and grab, you take the fruit and other items and swing them about the world solving the puzzles.

The changes you make in this world is really what makes the game. It starts as a drab environment in every level, and after you collect pollen you approach small bulbs on walls and pollinate them. Instantaneously, flowers of many colors sprout out of the ground and the serene music coming from your speakers is just a beautiful site. You can also find ‘musicians’ throughout the levels (small creatures that emit tonal music), and they slightly change the tunes that are playing for you. If you carry them around already bloomed flowers, they change colors based on whatever color the ‘musicians’ are. This just adds one more level of beauty to the game.

There is a couch co-op feature to the game, simple jump-in, jump-out with no additional complexities added. It is very easy to do and it can get a girlfriend or child involved in the world. It is just something simple to add more replayability to the game. I would recommend, however, waiting to complete the game before you have someone jump in as having someone else float around and pollinating your flowers can distract you some. The game is definitely meant as a single player experience as the second player can do nothing different than the first player and their movement is limited to the first player’s line of site. Puzzles are no easier or harder with a partner-in-crime next to you, they really just take up space.

Minimalist games are making a comeback, and while this game is very simple, it makes its money with the atmosphere and simplicity. It really is fun to exist in The UnderGarden‘s simply gorgeous and calming world, while also feeling so involved. You work too hard, and Vitamin G Studios takes umbridge with that. Kick back, turn up your surround and enjoy yourself in the world of The UnderGarden.

The UnderGarden is out for Xbox Live Arcade (800 MS Points) and for PC download ($10). This was reviewed with a code provided by Atari, Inc.