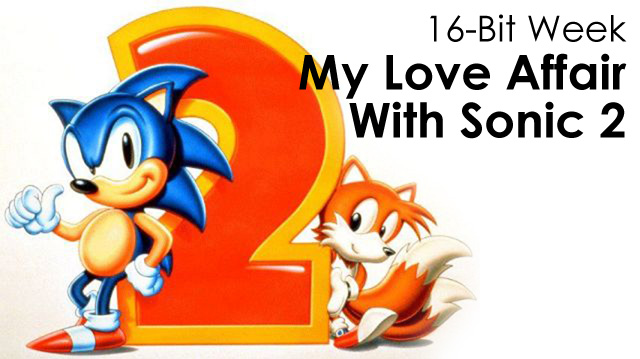 By compulsion, I blow into the bottom of the cartridge before loading it up.  I know I don’t have to, but I’ve been trained  that way.  It’s now part of my genetic code.  My grandchildren will take their micro optic discs and give them a quick blow  before inserting it into their temporal drives.  I hit “POWER” on the sleek black box. A blue blur comes zipping by on the  screen revealing the Sega logo while the company’s name gets sung.

These days I’m practically diving into consoles like I’m some sort of alternate reality Scrooge McDuck.  This was not the case back in 1992 when I made the most difficult decision of my young life on who in the console war I wanted to side with.  Do I want to keep going the straight and narrow with Nintendo, who has proven to be  a worthy ally in previous years, or do I want to do “what Nintendon’t”?  The choice was made.  I was getting a Sega Genesis (or  Mega Drive if you happen to be reading this line in another country) for Christmas O’ Ninety-Two.  I got the bundle that came with Sonic The Hedgehog 2 — though I should point out it would be another 4 years until I actually owned and played through Sonic 1, when I got the Sega 6-Pak — and I also received Street Fighter 2: CE as well.  And to be fair, I wasn’t without a Super Nintendo in my life.  At least three relatives had one, so Super Mario World was something I played on a semi regular basis. These days, of course, I am able to own an SNES of my very own.

I personally find it really hard to try and talk about the gaming landscape back then.  I was just a kid in grade school when the Sega and Super NES battle was in effect.  Those comments that you read on forum message boards with  super fans of a particular brand arguing that just make you roll your eyes? Yeah, those used to be honest to God arguments that  took place on the playground.  Granted, I was 9 years old and these currently people are, strictly in theory, in their teens. To me, the console war was a legitimate war that took place next to the giant truck tires they claimed were playground equipment.  It’s easy to go back and look at that generation of gaming with rose-tinted glasses when you were that young; I also thought Blank Check was a cinematic masterpiece. But there is one constant from the 16-bit era you can always depend on, and those were the exploits of the Mario Bros. and Sonic the Hedgehog.

It’s sort of hard to not talk about Super Mario before talking about Sonic the Hedgehog.  Mario was basically the blueprint for pretty much any and every platforming game on the market. You need to take a step back and look at 8-Bit gaming to understand why.  The Master  System never quite made an impression with the American consciousness like the NES did.  Sega needed to step it up with the Genesis.  Sonic the Hedgehog wasn’t a launch title, but that doesn’t really matter in the grand scheme of things since it might as well have been.  Sonic holds basically the exact same premise as Super Mario, with the exception of the main villain’s motive.  In both, you run and jump from platform to platform collecting gold and destroying everything that gets in your way.  Sonic changed the formula in a couple of very important ways, though: speed and adventure.  Mario was a little more methodical, a little more slow.  The levels were fairly linear with very little in terms of branching paths. Sonic the Hedgehog would instead decide to rely on your twitch reflexes and your sense of “hey, what’s that over there” to keep you feeling like the game was fresh every time you booted it up and started up at Level One again.

I have, without exaggerating, played through Sonic the Hedgehog 2 twice a year for almost 20 years. Perhaps more than anything, it has fueled my passion for games and the industry. I’m not saying it’s one of my all time favorite games, as I can rattle off probably a dozen that I love more, but Sonic 2 is special to me and I don’t  think I can ever quite let go of that. It’s one part nostalgia and one part incredible game design. Hell, Sonic & Knuckles may be the best the franchise has ever been, but that doesn’t matter to me.  I’ve always been mad about Sonic 2. Every level, every bit of music, every last square inch of that game is burned into my memory.  I’m fairly confident that if I was asked I could draw every level map by memory.

This is where the wheels start to come off the wagon, though.  Hold tight.

I’m not here to review Sonic the Hedgehog 2 in some kind of cute and clever way.  I’m not here to convince you that Sonic 2 is  the greatest game of the era, if not of all time.  This is nothing short of a love story.  A story of a boy and his hero.  I can’t imagine still being into games as much as I am now if it weren’t for this gem.  It left me fascinated with games, the people who make them, and what can be done.  I can still remember playing the Chemical Zone for the very first time and just being sucked in.  The sense of speed running down that tall yellow and blue slope, the panic attack whenever I missed a jump and got sent into the purple water of death, the pneumatic tube system that zipped you along.  I loved it all.  Sonic 2 festered inside me.  It built a monster.  I wanted to know everything about games and I wanted to play them all.  ALL.  Every. Single. Last. One. Honestly, anybody who follows me on Twitter (Cheap Plug Dept. Note: @The_Double_J) or sees a Facebook status update of me making some sort of zany reference, has Sonic the Hedgehog 2 to thank for that.

I was well into my teens before I realized Miles Prowler (Sonic’s wacky new sidekick pal, a fox with 2 tails that somehow grant him the ability to fly, yet he still prefers to take an airplane everywhere) was a pun for “miles per hour”, much like how I didn’t realize Rush N’ Attack was a pun and how a ton of people don’t seem to realize phoenix down is supposed to be like goose down — not the fact that your party is down and you need to rise raise them back from the dead like a phoenix. These days multiplayer gets shoved into everything, whether it needs it or not, and it’s something we’ve just become used to.  Sonic 2 is one of the founding fathers of this.  Tails gave the developers an excuse to shove in a multiplayer component.  Why you would want to play the poor multiplayer, however, is between you and God. Tails would be a completely and totally worthless character if it weren’t for one VERY important thing: The Sky Chase Zone.  Seriously, how bad ass is this?

I am completely serious when I say that this is the most insane, bad ass level ever.  Check that out! Sonic is standing on the wing of a fixed-wing prop-job while a tiny turtle robot flies a giant turtle robot, all while jet fighter birds attack you. Why are the turtles flying? What does that have to do with aerospace in any way, shape, or form? This level is short. It’s not difficult, but just look at it.  How is Tails able to do what he does? He has some sort of psychic link with Sonic, because he knows exactly what the hedgehog is about to do.  Revving up his (new to Sonic 2!) spin dash and letting go? He knows. Standing on a giant robot turtle and decide to duck? He knows.  Tails sees all and knows all.  This is actually some sort of creepy revelation I just made and to be honest I don’t like it.  I don’t like it AT ALL.

While I likely don’t have your attention anymore, I’m going to take the liberty of railing on one entire section of the game: Metropolis Zone. I hate this level.  I hate the starfish that commit suicide, just so they can fire their needle appendages at you. I hate running on giant bolts. I hate that it just had to be so different from every other level and had to have THREE acts instead of 2.  And, I’m genuinely terrified of the giant mantis robots with boomerang pincers.  What the hell is up with those things?  Just a stage ago I was being attacked by adorable purple lava dinosaurs, and now my nightmares are coming to life in this horrifying, mechanical, tetanus-riddled hell hole. 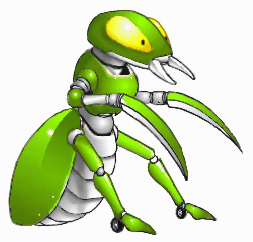 One last level note I need to talk about:  we all love Casino Zone, that’s just a fact.  People adore running around in a neon area filled with gambling, pinball, and bumper crabs. But why? I think we’ve established that clearly Robotnick is the only human on the game’s planet, and the only other “real” life you ever see outside of Sonic and Tails are tiny little bunnies and baby birds.  Who’s using this thing?  Clearly Sonic and Tails are the only creatures even remotely capable of using any of the equipment, and their faces and names are plastered all over everything.  Is Sonic a franchise on this planet? Is this his casino? Is he some sort of mob boss when he’s not blowing up robots? I feel as if there needs to be some sort of full blown investigation done on this.  It might also explain why there are clearly two different Sonics in existence: classic Sonic is this heavy set mob boss with an attitude to match, while modern Sonic is just some punk teenager that likes to hoverboard in his free time with bats and rabbits.

I’m going to apologize now. I really just sort of kept going on and on about Sonic 2 with seemingly very little direction or point.  But there is a point, fine reader.  Sonic the Hedgehog 2 is a very important game to me. I may not be a journalist, I may not even have a job in the industry in any way shape or form, but Sonic 2 shaped who I am and what video games are to me.  Today, at the age of 26, I’m utterly fascinated by every single facet of the industry, and that all started with Sonic 2.  As I noted before: it wasn’t my first game, it isn’t even really my favorite game of all time, but it is definitely the game that defines the entire generation of 16 bit gaming as far as I’m concerned.