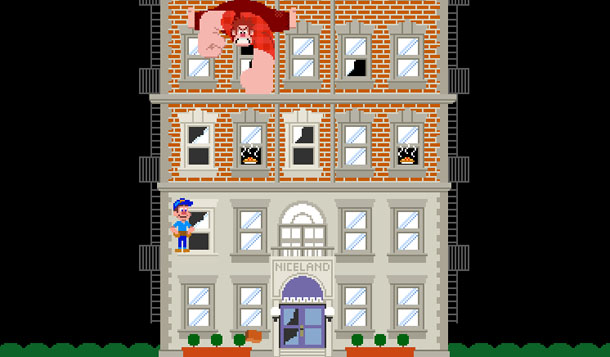 You already know we’re excited about Disney’s Wreck-It Ralph, and so when the company rolled out its promotional website for the film and included a version of the movie’s game within it, you can bet that we lost an hour this Sunday morning already.

The Flash-based Fix-It Felix Jr game is something like a cross between Donkey Kong and Ice Climbers. It asks Felix to fix each broken or open window, collect pies, and avoid ducks and Ralph’s falling bricks. It’s extremely simple, but oddly addicting.

Check it out at Disney’s official site for the game.