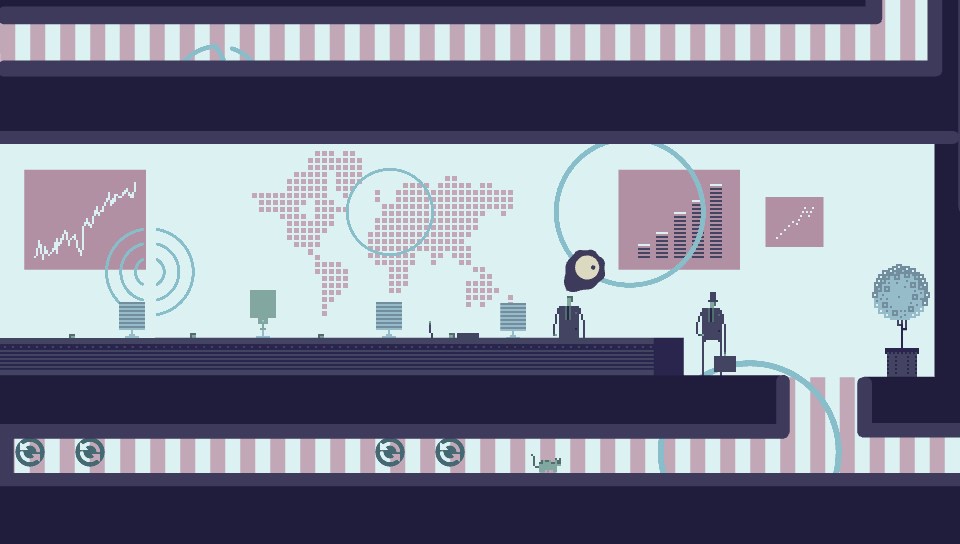 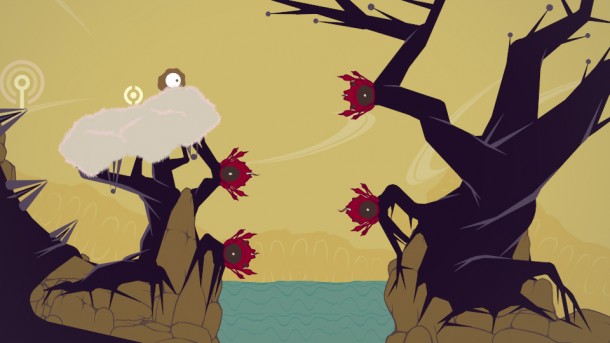 Frequency and Amplitude were perhaps some of the earliest examples of sound taking centerstage in a videogame, which then lead to the rhythm games that most people know today. Though people who play rhythm games do rely on visual stimulus for help in terms of pattern recognition and knowing what button to hit when, the relationship between sound and sight in these games have always been somewhat “superficial.”

Queasy Games dared to achieve something greater by taking this relationship between sight and sound and moving it into the platforming genre. As a result, we have Sound Shapes — a platformer that shows us that even the simplest environments can come to life when sight and sound work together harmoniously. 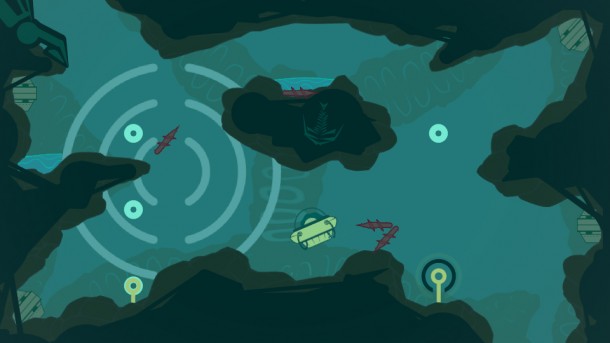 Sound Shapes offers a successful marriage between audible and visual stimuli. The art style of the game provides crisp, clean levels accompanied with new wave music (by deadmau5, Jim Guthrie, I am Robot and Proud, and Beck). Unlike today’s rhythm games, sound and visual cues are coupled together in a deeper way.

The game puts you in control of a ball that’s free to run and stick to cerain surfaces. As stated in the tutorial, don’t touch anything red. Making contact with red surfaces and objects sends you back to the last checkpoint you touched (which are plentiful, keeping frustration to a minimum). 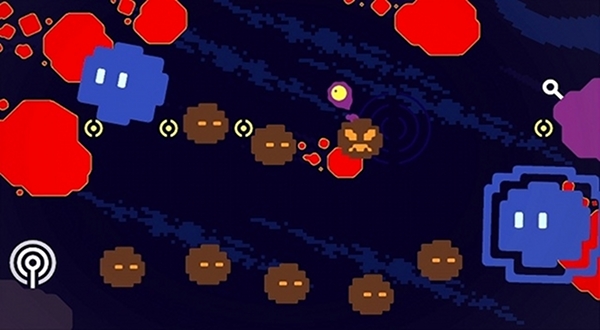 There is little to no sound at the start at each level, but music begins to fill the void as you pick up more notes scattered across the environment. Notes provide more detail to the background music by filling in blanks in each song. The brilliance of this game lies in the fact that the music for the environments are synced with what happens in the level. Obstacles, platforms, and enemies often move to the music. So you have both audible and visual cues available to you if you’ve collected enough notes.

The relationship between the environments and music is extremely clever. One of the Beck levels contain block platforms that change orientation based on the lyrics. The blocks move (left and right), turn (rotate), and hurt (change red). Here, it was key to listen to the lyrics, anticipate what was going to happen to the platform next, and time my jumps accordingly. 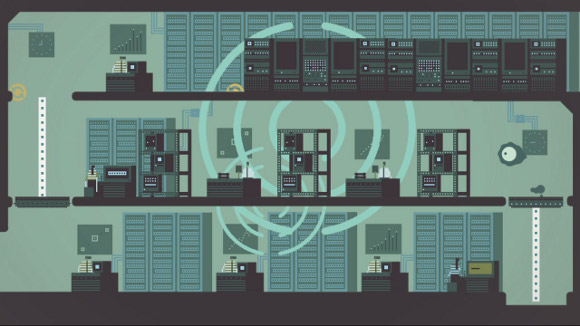 Another level portrayed the monotony in the humdrum, white collar workplace. Here, I found myself doing the old puzzle where you push a block to keep a switch actived so that you can go through the door it opened. Though the “puzzle” is old and tired, the act of pushing this block, with the level and music, was beautiful. Even the dullest stories can be made extraordinary if it’s told in a clever, descriptive manner.

As more of the campaign is completed, the sounds and objects in each level becomes available for use the robust level editor. I’m personally not one for creating my own content (I’ve always lacked the patience), but this means that there exists a trove of user-generated levels for me to play through. Unfortunately, I had to do some digging to find the ones worth playing. I did a search for “Zelda” and found 20 maps that provide horrible renditions of Zelda music with equally awful level designs. The community levels could use a way of rating each piece of content on scale to make searching easier.

Either way, I prefer to turn this into a positive and think of it as a testament to the work that went into creating the campaign levels. Those, alone, make the game brilliant. 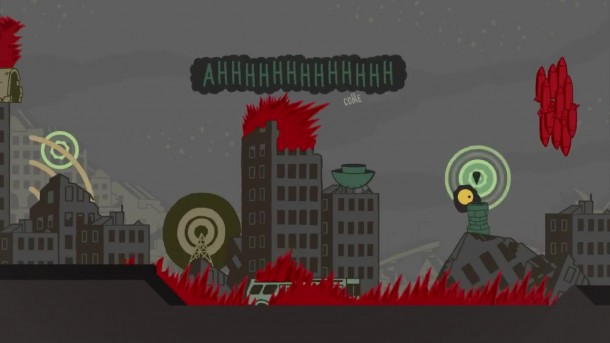 In Sound Shapes, you’ll find almost a symbiotic relationship between game levels and background music where one feeds fuels another and vice versa. The result is a completely new experience that is greater than the sum of its parts.

By far, the best thing about owning a PS3 has been having access to the collection of games on the Playstation Network. I’ve loved games like Flower, Pixel Junk Eden, and Papo & Yo. Sound Shapes is no different. It continues on that trend of providing unique, meaningful, and clean experiences at an affordable price that I’d be hard-pressed to find anywhere else.