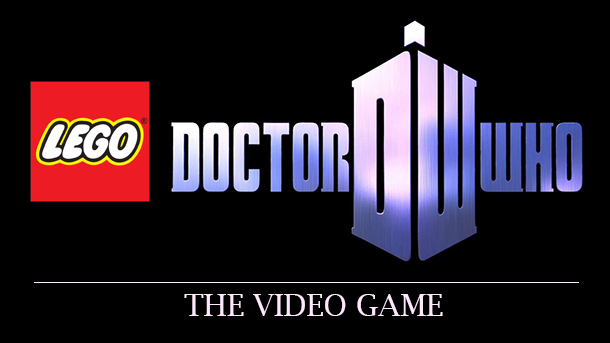 Game Good is a regular editorial feature by SideQuesting’s Editor-in-Chief Dali Dimovski that takes a look at the positive experiences of playing modern video games. The topic will change each time, but the hope is that it will always leave a smile on the face of those who read it.

You know we’re giant Doctor Who fans here on SideQuesting. Our excellent podcast, The Lonely TARDIS, is one of the top fan shows on the web. You also know that we kinda sorta sometimes talk about video games on the site — crazy, right?

Sometimes these worlds collide, like Gallifreyan timelines when Bad Wolves arrive. This is one of those times.

We were very happy with the 50th Anniversary celebrations of Doctor Who, from great TV shows to a most amazing Anniversary Special to a brand new Doctor. But there’s one thing missing: A Doctor Who game worth talking about (in a good way). Yes, there was an abomination released in 2012, and there have been some adventure games here and there that are somewhat passable. Heck, there was even an MMO that fizzled out quickly and never provided anything interesting. I’m even playing an iOS card game based on the 50th.

But unfortunately all of these are mostly forgettable, and usually awful. There was never anything released that really lived up to the series’ fans mega expectations.

Now, we’ve all wondered what a great Who game could be.

Third person action games are always the default, though the Doctor himself isn’t really a mobile guy. He’d probably do more hiding behind doors than shooting at Daleks with a Sonic Screwdriver. Could a story-driven Adventure game be the ticket, then? Sure! And the obvious company to produce that is Telltale. The game would most undoubtedly be delivered episodically, with an emphasis on a plot that could weave different popular adversaries and companions. But Adventure games have a disadvantage in that they’re slower and require a little more thought to complete. With Doctor Who still a show for children (in the UK) a typical Telltale game might be too much for kids to devour. Besides, as we’ve stated above it has been done before. The Doctor needs something new and fresh.

How about a first-person puzzle game a la Portal? Well, that could be interesting. The Doc uses his gadgets and time travel to solve puzzles, great visual design could create gorgeous worlds, and witty writing links it all together. One problem there: An FPS means that we never see the Doctor’s face. Remember, we’re not the Doctor — we’re his fans. We’re the ones he saves, not to see the world through his eyes. And besides, we might be stuck with just one Doctor with an FPS, where we’d ideally want to be able to play as most if not all 13 incarnations.

Puzzle and card games don’t do the magnitude of the character any justice, and MMOs throw us into the world as just one cog in a giant machine where none of us are really all that special. A Professor Layton-style game could be fun, but it might rely far too much on puzzles and not enough action.

An RPG could be interesting, especially one where a mix between action, storytelling and pacing are employed. However, RPGs tend to focus too much on a plot to guide them. Again, Doctor Who is meant tot be fun, for kids and adults alike. A MOBA? Daleks of the Ancients? How about a Gallifrey-based strategy game taking place during the Time War? Both genres allow for massive amounts of characters from throughout the Who history. We really could fit everyone in there, even that one guy in that one episode that never came back [hint: that’s nearly every Moffat episode]. No, neither fits the mold. I don’t think competitive action is what the Doctor is about.

So what IS a good Doctor Who game? Let’s take a step back and make a checklist what the game should actually include.

Like ingredients in a great recipe, the perfect Doctor Who game starts to take form. The next step is to compare what games capitalize on these already, and it’s blatantly obvious.

Brilliant. This isn’t even the first time we’ve mentioned the concept. In fact, all credit goes to Marcus Beer on one of last year’s TARDIS episodes, and the idea has stuck with me like a welcome parasite. It really picked up speed for me as the 50th Anniversary came and went, the wonderful LEGO Marvel was released to consoles, and the Lego Movie arrives in theaters next week. With a huge renewed push for the series, especially with Peter Capaldi taking the reigns of the TARDIS, this is the perfect time for the BBC to create a one-stop game that can leverage the past and help bring new fans of all ages up to speed.

The designs are already there: BBC has licensed the series into popular minifigs through Character Building, and the LEGO Star Wars games have a start on creating alien worlds. The “death” of characters and any cartoon violence would be replaced with the prerequisite exploding bricks, already a staple for the LEGO games. Humor can be written in through actions as well as cutscenes, and the “toys” on screen are able to provide great facial expressions to convey emotion. Co-op is baked in, and the availability of all of the Doctors makes this a fan’s dream. How would the Second Doctor fare against the Weeping Angels? The Tenth working together on the same screen as the First? Heck, regeneration animations could be extremely fun, as one Doctor’s LEGO pieces are split apart and replaced with the next’s.

It’s a match made in heaven, and it gets me excited to think about. But alas, it’ll remain a “What If” for a long time. A fanboy dream. We’ll probably get more Who games in the future, and they’ll probably be just as mediocre at best as the ones we’ve had to date. But oh man, how wonderful would this be. HOW GLORIOUS.

TT Games and BBC, get on it!

You can find more of Marcus on his new YouTube channel.