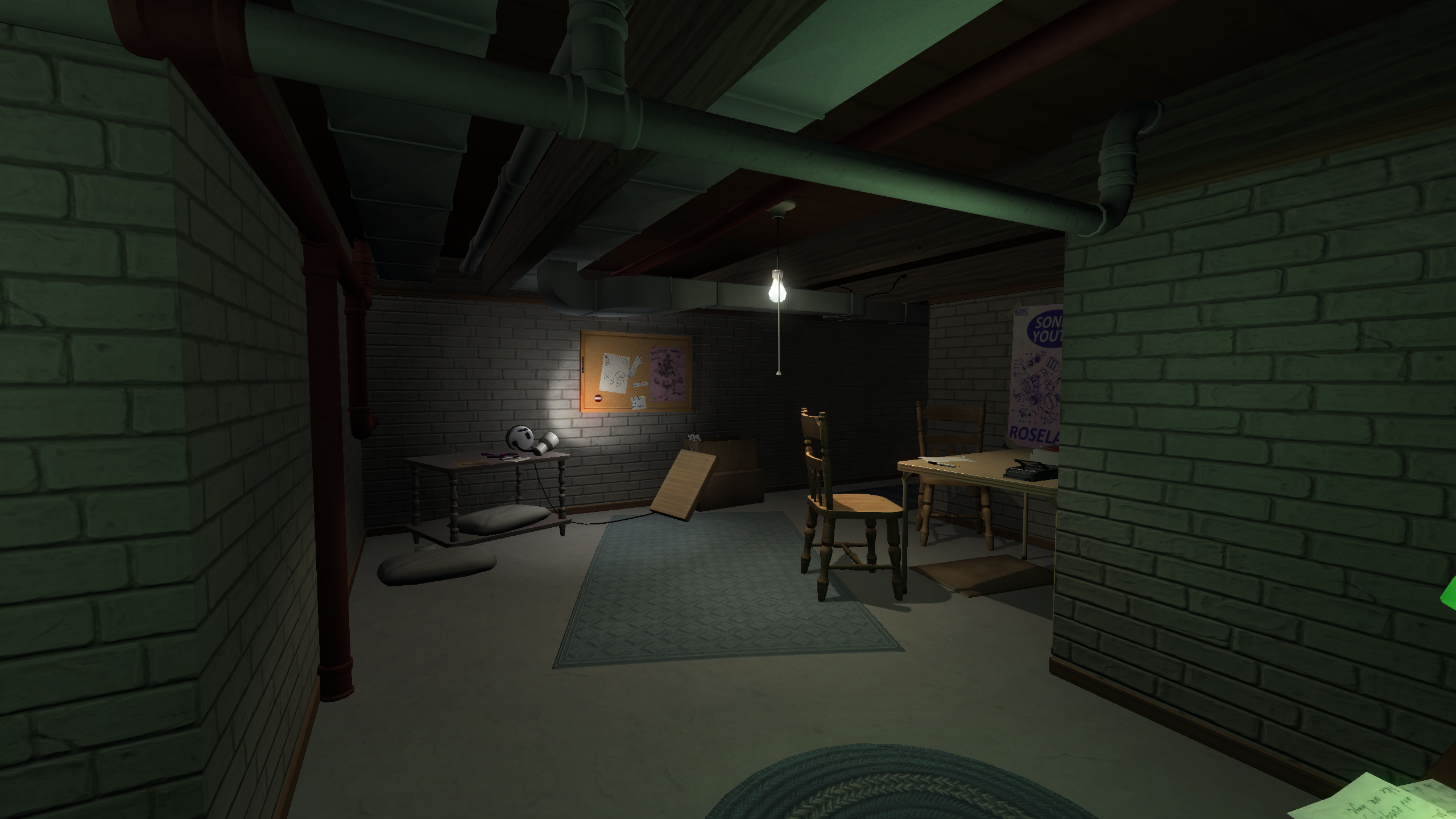 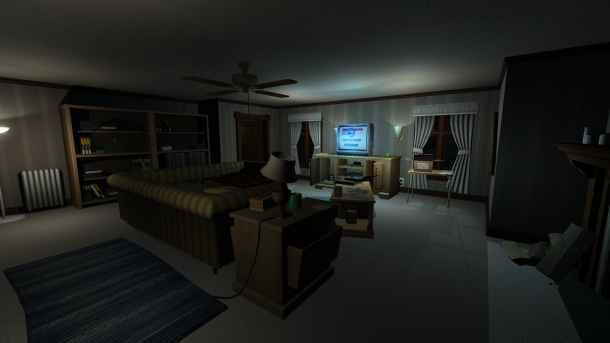 When games provide narrative experiences, we often hope for them to throw us into extraordinary circumstances in an effort to make us — I don’t know — feel something. The things we often rule out, however, are the harrowing stories that take place in the lives of normal, everyday people. Gone Home reminds us that you don’t have to role play as a space marine on an extraterrestrial planet or a soldier on the front lines of a war to really experience the inevitable conflicts that come along with the human condition.

The Fullbright Company, an indie game studio, posits that to stir up emotion in players, plot and setting don’t have to be extraordinary. Believable is enough. 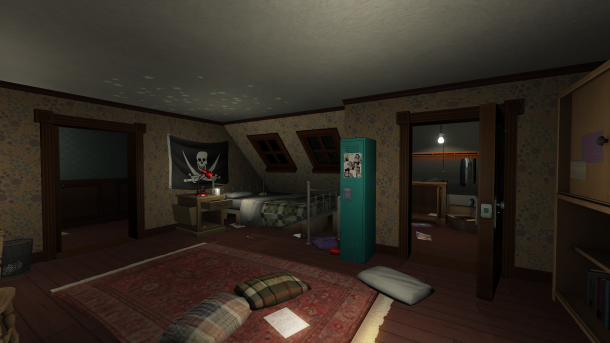 Gone Home is a first-person exploration-based adventure game, set in the mid-90s, starring Katie Greenbriar, a 20 year-old girl returning from a trip to Europe. The story starts out with Katie arriving at her new house, a mansion that her family recently moved into while she was away, only to find out that her mom, dad, and sister have gone missing. Left alone on a stormy night and in a dark, unfamiliar house, Katie has to uncover clues to uncover the mystery of her family’s disappearance.

It only takes a few minutes into the game to understand what’s going on in terms of plot. Katie is merely an extension of the player as the real protagonist is her sister, Sam, who narrates the story through journal entries (audio recordings, for us) that tell us of the recent events that occur between her, her family, and her new friend, Lonnie.

I felt immersed in narrative as The Fullbright Company takes an interesting — almost Alan Wake-like — approach in telling their story. There was always a wide range of stimuli for me to experience that helped convey the story. Hand-written letters sent between her mother and a family friend clued me in on marriage problems between Katie’s parents, and business notes helped tell the story of her father’s struggling writing career. Cassette tapes scattered around the house were filled with gritty punk rock music recorded by Lonnie’s bands. The music cuts sharply through the “dark and stormy night” setting and hit me on a personal note, reminding me of that teenaged angst that was coupled so closely with my life in the 90s. Empty pizza boxes left around the house reminded me of the stress and craziness involved in moving to a new home. The environment is extremely detailed; I found that the more time I spent snooping around, the more I got out of the experience. From someone who spent most of their childhood in the 90s, I found that there’s no lack of artifacts laying around the house that one can relate to or understand. 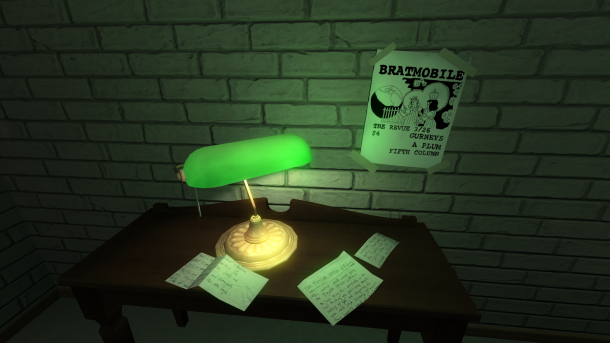 With Gone Home, The Fullbright Company puts on a clinic about how to weave together and tell a compelling story. We often harp on games providing realistic visuals, but often forget the importance of a realistic story. Gone Home tells a story that I feel some people could really identify with on a personal level. It completely throws away this need for the usual, extravagant video game fanfare and completely focuses on the struggle that real people have to endure on a day-to-day basis and celebrates the passion involved in making a better life for oneself. Gone Home’s ability to completely embrace simplicity (and do it so well) is it’s biggest strength.

The small moments in life are often the most important experiences because they’re believable and easy to access. Radio host Ron Bennington, of the Ron and Fez show, once said, “that’s why a picnic can be better than a five-star restaurant. That’s why throwing a frisbee around might be better for you than taking a trip to Paris — because it’s an unexpected, small pleasure.” Gone Home undertakes the brave task of providing us with authentic moments like these, and it emerges triumphant in this task as it reminded me of how emotionally powerful this medium can be. 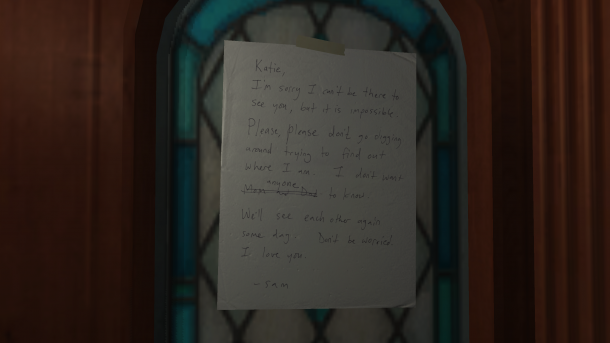 This review is based on a retail version of the game purchased from Steam by the reviewer.