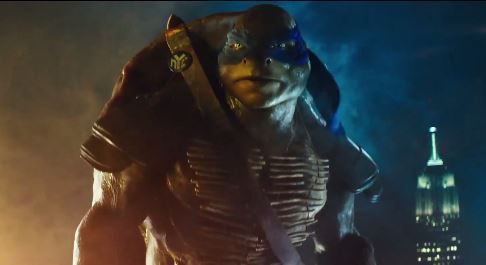 This is as Michael Bay as a Michael Bay movie can get. Explosions, forests, characters sliding down snow into slow-mo exploding cars, Megan Fox, and “gritty” realism.

The new/first Teenage Mutant Ninja Turtles movie trailer has been, uh, unshelled to the masses. We found out yesterday that the trailer would drop today, and here it is. Megan Fox is April O’Neill, Will Arnett is cameraman Vern Fenwick, we have Shredder, we have Foot Clan ninjas, and we end on a shot of Leonardo.

It can’t possibly be that bad, folks. Just rewatch the first live action Ninja Turtles movie and realize that our youth was shattered a long, long time ago.