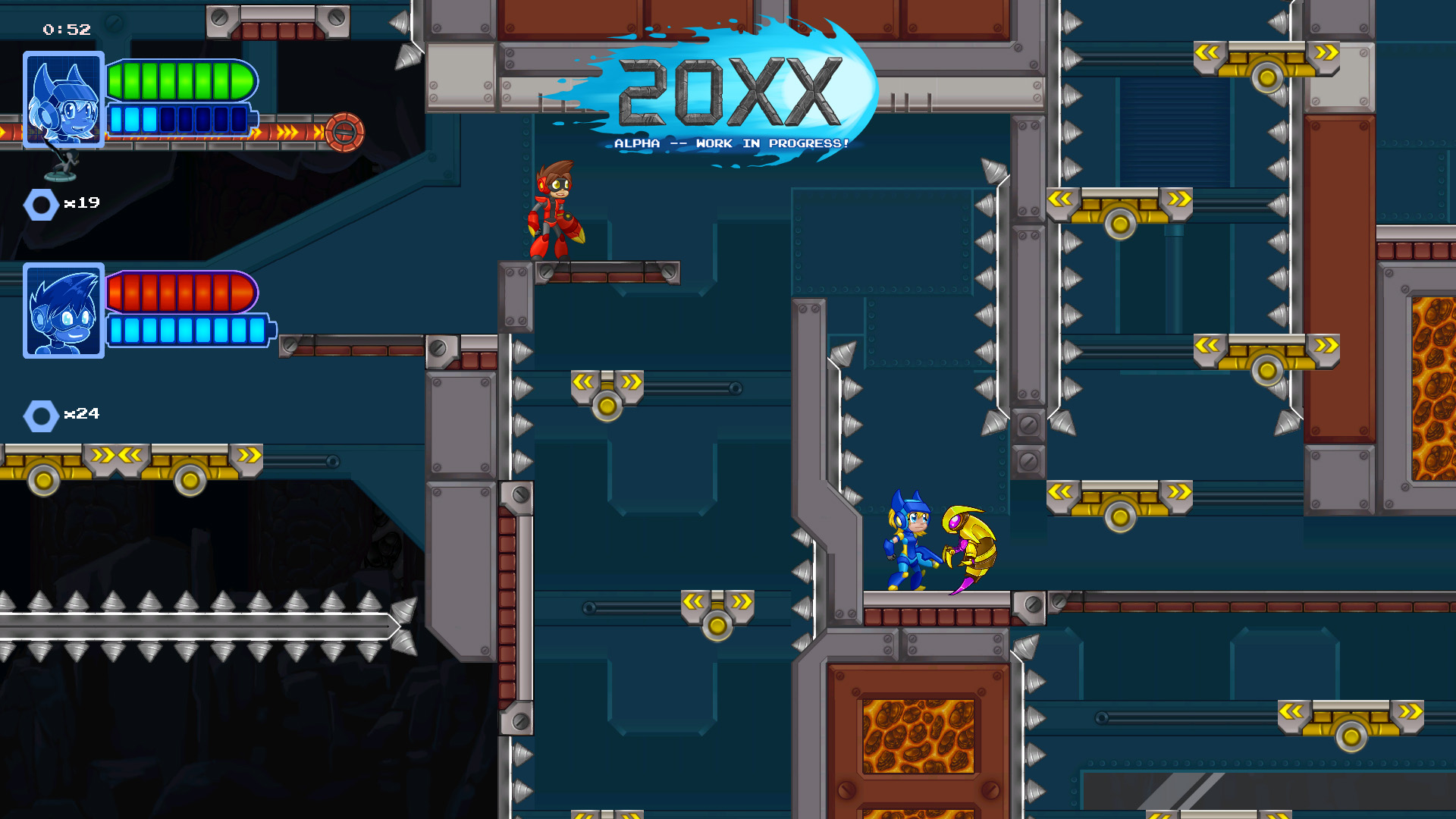 When we last saw Batterystaple Games’ 20XX, it was known as Echoes of Eridu. Some crafty SEO and Google searches later, the name changed to a much more gaming recognizable term: some year in the future when robot heroes will save us from robot enemies. Sound familiar? It should. The year 200X came and went and I still don’t have a robot dog. The team behind 20XX is buying us a few more decades to get to that cybernetic future.

Frankly, I may be playing this game a lot until then.

It’s rare that a game demo at an expo sticks out in my head, but Echoes managed to do just that. When I had a chance to play 20XX this weekend I noticed right away how far it had come in development over the last year. It was because of a disappearing platform, too.

20XX is a rogue-like game, generating the levels automatically so that no two are the same during any playthrough. Because this specific type of platforming game requires precise controls and movements, the worlds need to be designed accordingly to be “perfect”. To do so 20XX works from a pool of set “chunks” with conditions that dictate how they are laid out and interact with each other. So instead of small, almost random blocks being strung together the pieces all work in unison. You won’t find a laser wall next to a spike pit next to a giant canyon for no reason. 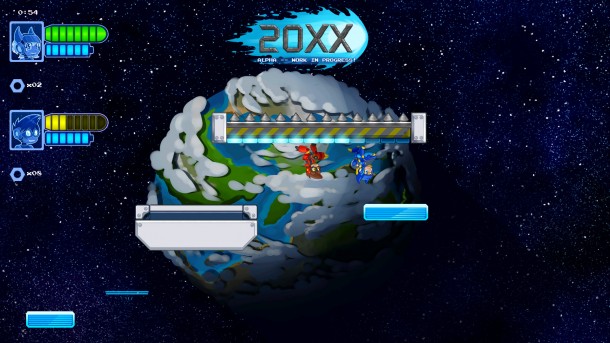 And that’s how the disappearing platform worked. As I played the demo with Chris “CK” King, the game’s Designer, we were tasked with traversing across a pit on laser platforms that would appear and fizzle out at specific intervals. It’s a common game trope, sure, but it felt very fresh when done in co-op with another person. There were plenty of platforms to jump around on, and a few that I could hang from upside down while I figured out the next path. For being randomly generated, they were arranged coherently and perfectly; no jump felt forced or out of place.

Part of that is because of the upgraded jumping mechanic. The jumps feel much more solid, with the characters exhibiting more realistic physics. Gone are the giant leaps, replaced by more pixel-counting placement of moves. This made for a much more familiar, and nostalgic, experience. 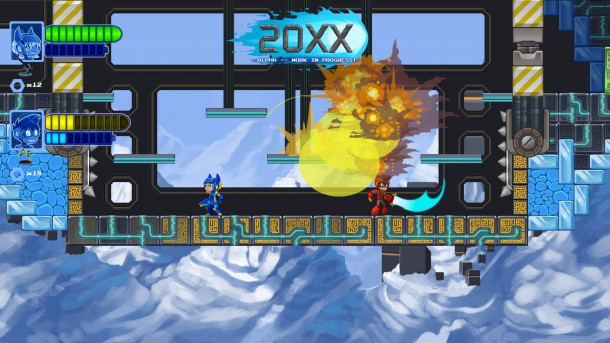 The other big change relates to buffs and upgrades. In Echoes these were selected prior to a level, resulting in a sort of hub that stopped the flow of the game. To speed things up the upgrades are now placed within the level after winning a battle or clearing a section. Passive & defensive upgrades also affect both players now, to prevent one player from becoming too fast or powerful than the other. And even if things get out of hand the game zooms in and out to fit both players on the screen, so no one is ever too far apart.

The cosmetic overhaul is noticeable as well. The characters are better proportioned to reflect the updated physics, the walls and platforms now have thickness and lighting, and the enemies are better defined against the backgrounds.

20XX is a great example of what taking the time to polish a game can result in. It felt really good, looked and sounded great, and left me looking forward to the final product. Look for it on Steam Early Access now, and later this year as a finished product.