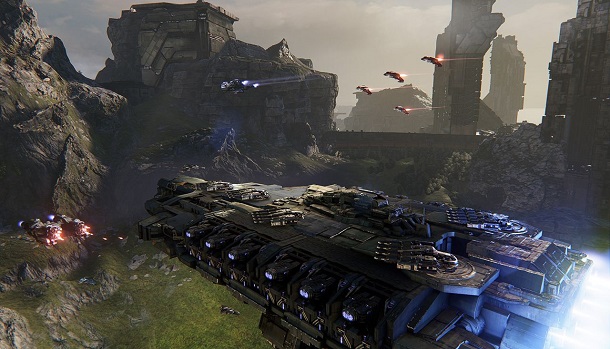 A free-to-play space flight combat simulation may not be what one might expect from the developer behind Dead Island 2 and Spec Ops: The Line, but for Yager, a studio whose history is steeped in flight, it’s more of a return to form than anything else.

When you boil it down to its core, Dreadnought is a 5v5 space combat sim, a fairly simple premise, but one that has been honed and polished over and over again until it shines, which is impressive based on its pre-alpha status at the time of playing.

The game gives you the option of five base ship types from the start, which range from the extremely mobile but fragile Corvette to the hulking behemoth that is the titular Dreadnought. Choosing a ship can be daunting at first, but when you realize that each generally boils down to filling familiar classes (sniper, tank, support, etc.) it becomes far more palatable.

I generally mained the titular Dreadnought in my time with the game, which I learned required a very specific type of play. As the Dreadnought takes forever to move — jumping across the map with warp drives really is a luxury I couldn’t afford — I found myself needing to rain down hell on the opposing team with the ship’s superior armaments to draw their fire and take the brunt of the damage, while the other, much more mobile members of my team zipped around the map, flanking and sniping their way to victory.

Dreadnought is super methodical, and it took me a match or two to realize that. I’m used to diving right into a multiplayer game and just running and gunning my way through with varying results. After my first match, I realized that certainly wouldn’t do and I needed to lean heavily on communication with my teammates to coordinate a swift and deadly offensive. 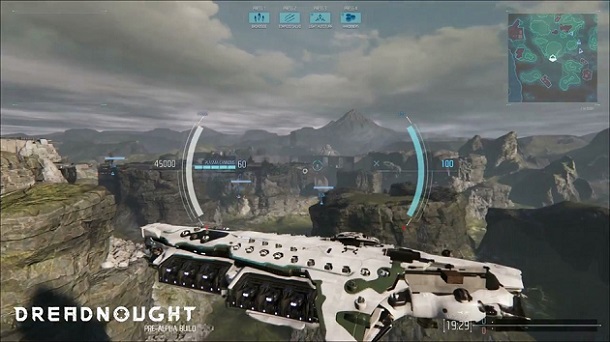 While the main mode being shown off at PAX East was the 5v5 Team Deathmatch, it was announced at the Dreadnought panel that the game would also feature an Elimination mode. While still 5v5, each player only gets one capital ship. Once that capital ship is destroyed, a player can still respawn, but only as fighters. The fighters can’t take anywhere near the damage as a Dreadnought or even a Corvette class capital ship, but they’re far more mobile, as you’ll be zipping around the map driving missiles into ships much larger than yourself, which really creates a great sense of scale.

Over time, you’ll be able to add firepower and visual customizations to your ships, and as Dreadnought will be free-to-play, I’m sure there will be a plethora of cosmetic options available for a nominal fee, as is par for the course. There’s also been talk of additional modes and an episodic single-player campaign, which would certainly be a welcome addition and add lasting appeal to the game.

I worry that some may be turned off by the slower, methodical pace of Dreadnought, but then again those people probably wouldn’t be into this type of warship combat anyway. It certainly seems to be scratching an itch that I have personally been plagued by for quite some time, and I can’t wait to see more.

Dreadnought is scheduled to be coming to PC sometime in 2015.