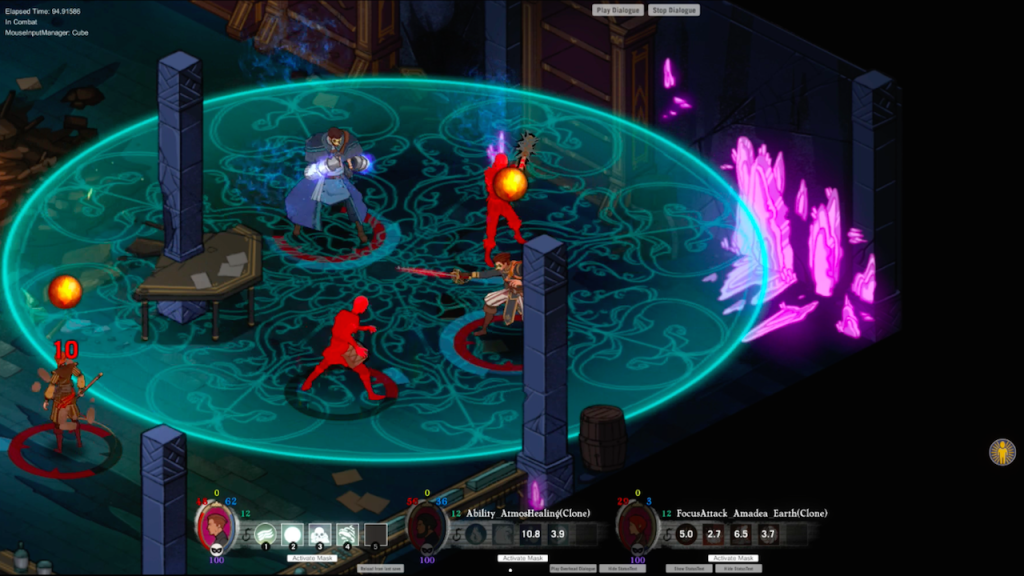 In most stories, magic is an innate ability—something that can be mastered through training and self-discipline. Masquerada: Songs and Shadows turns this trope on its head. In its Venetian-fantasy world, everyone has the potential for magic, but there’s a catch: magic only exists in a single location—the city of Ombre—and it can only be wielded by those who get their hands on rare masks. This, of course, makes masks a hot commodity reserved for affluent hands or sticky fingers.

I was able to get my hands not on a magical mask but on Masquerada itself at PAX East, and what I found was a streamlined and thoughtful production. Witching Hour Studios’ latest game marks a departure from their past iOS and Android games, and so they’re intent on getting their endeavor done correctly on PC. 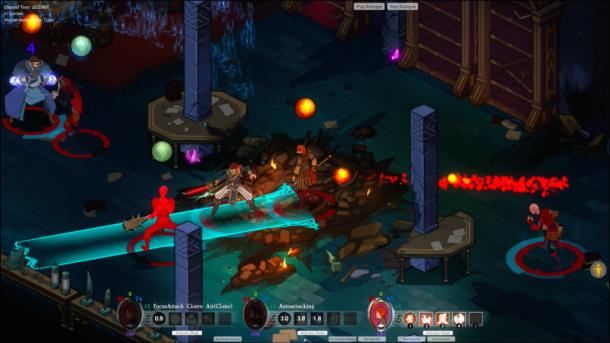 It’s an ambitious project, which might be further underscored by how Masquerada unabashedly cites titans like Baldur’s Gate and Bastion as its influences. As you may expect, the game is a 2.5D isometric RPG that allows players to pause gameplay for tactical planning. The visual style is heavily inspired by French comic books, and its vibrant, hand-drawn aesthetic is simply beautiful. Swathes of color and strong lines are somehow visually reminiscent of an extravagant masquerade.

The isometric gameplay refines the genre rather than expands it. The pause-for-tactics feature is certainly a major part of the gameplay, but it’s impossible to abuse this feature too much. Pausing time is only as useful as the abilities that characters have to cast, and ability cool-down times can result in a saturation point if the player is not prudent, leaving them without any abilities to choose from during the planning stage.  Thankfully, it is relatively easy to keep tabs on the action during real-time combat. Player character and enemy’s health and shields are indicated by color coded rings at their feet. The shields’ circles only cover the front half of a character’s ring, and for good reason: blows to the back deal bonus damage. In order to successfully take down the demo’s boss fight, I had to balance this aspect of the game with my party’s abilities, all while carefully balancing skill cool-down times.

My party’s abilities were one of the more appealing aspects of this demo. Some of the abilities were just plain fun. One standout example was an attack which encased its target in an earth coffin, which reminded me of Avatar: The Last Airbender in the best way possible. While these attacks were cool on their own, they were even more effective when working in tandem. During a few of the random encounters, I was able to use one character’s attack to pull all the enemies into a small area, forcing them to pass through another character’s water wall.

Masquerada’s gameplay mechanics and aesthetics may be a priority, but story will be getting its due attention as well. I was told during my demo that the current script for Masquerada is nearly 500 pages long. I only caught a glimpse of the story during my time with it, but what little I did see piqued my interest.

For a game in early Alpha, Masquerada already shows polish and solid mechanics. It is slated for release sometime during early 2016. While it will certainly be launched on PC and Mac, it hasn’t been revealed whether it will also be released on consoles.