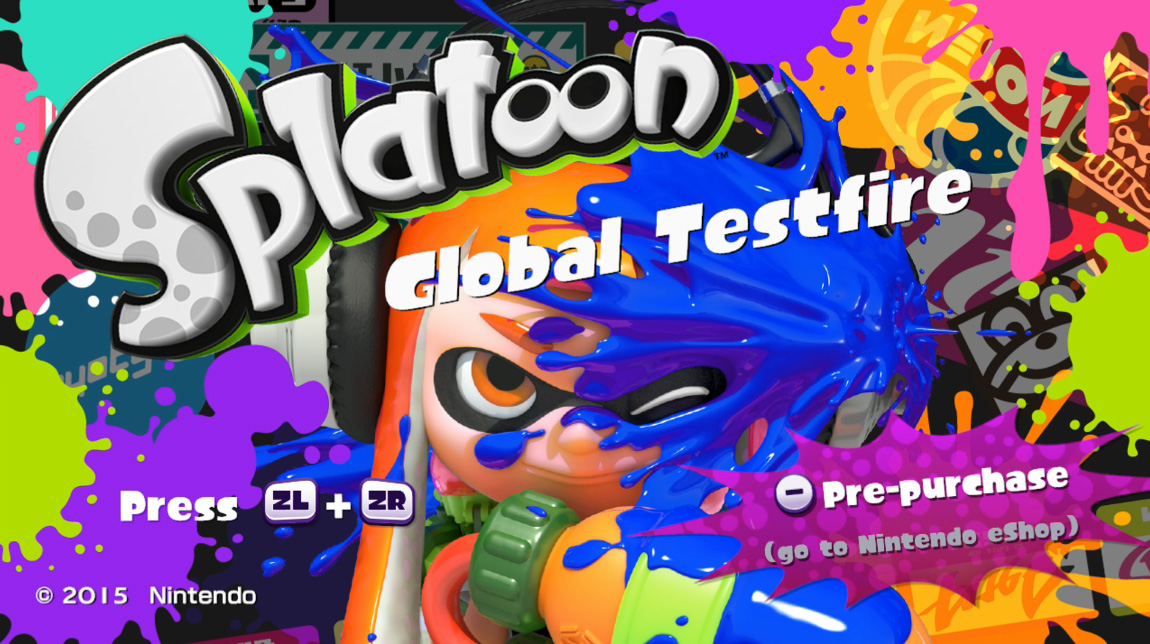 This weekend, Nintendo held their first server pressure tests for Splatoon, their upcoming family-style colorful shooter. During three 1-hour sessions, the company let users play a version of the game that allowed for 8-player battles. The online seemed to hold up well, as I never had issues during my matches. From the sound of it — thanks to an extremely positive social media reaction — players were happy with the game, and a lot of buzz was forming around it. Much like the Destiny alpha and beta last year, this server load test idea seems to work wonders for not only its technical purpose but for drumming up interest in a game as well.

I’m much more hyped for Splatoon now, and I can see that many others are as well.

Above you’ll find the video for our entire hour for the third session, which took place from 3-4PM EST on Saturday, May 9. 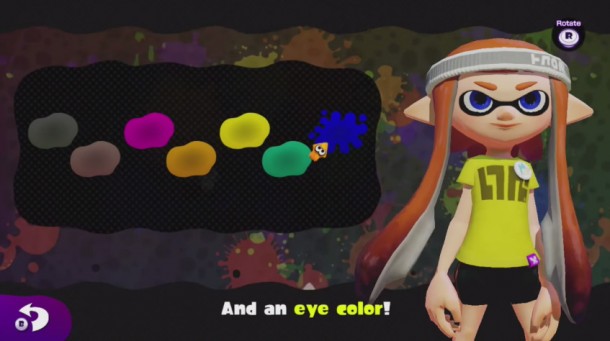 The server-test started with users selecting between an Inkling Boy or Girl, then lightly customizing their character by choosing their skin and eye color. There will be much more personalization in the final game, including clothing designs, but those weren’t present during this playtest. However, players *could* grab a special outfit if they preordered the eShop version of the game, which was a bit odd considering the outfit would only be available during the three timeslots. The customization was followed by a short tutorial of how to play the game, which could be skipped. The default controls used the Gamepad’s motion detection for aiming, but I quickly changed that to something more traditional (using the dual analog sticks). 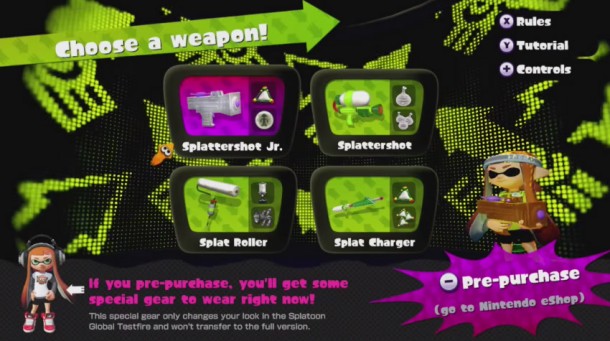 Next, players could select from four different weapon and special-weapon combinations, which included the Splattershot Jr (a powerful short-range gun), the Splattershot (the base, mid-range weapon), the Splat Charger (a sniping gun), and the Splat Roller (a wide melee type weapon that covered ground area with ink quickly). 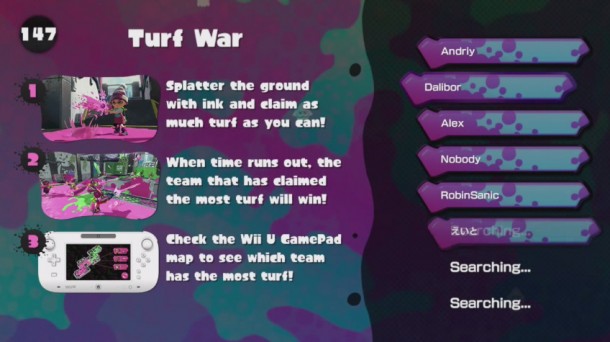 Turf War, the mode that was tested during the time slots, is essentially a “splatter the most area in your color” campaign, with the winning team being the one that has the highest percentage of area covered. The opposition can throw their color over yours, leading to a great back and forth that forces teams to split time between attacking, covering new ground, or repainting captured territory. The most successful teams I was on were the ones that split duties between the three. Often, the snipers would perch on top of the arenas’ highest points and take out enemies that were following behind the players with Splat Rollers, while the short- and medium-range weaponistas would cover as much ground as possible.

Running out of ink means turning into a squid and jumping into a pool of paint of the team’s color. While in squid mode, the traversal is faster than running as a human, and refuels both the gun and special weapons. It wasn’t until late in the second session that I discovered the teleportation jump. This method of fast travel let’s players tap a teammate’s name on the Gamepad screen and jump to their location. It helped, especially when I’d jump to those who were in opposition-colored territory and ready to ink up new turf. 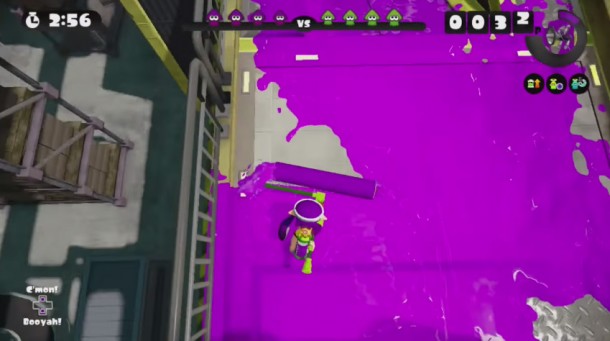 Getting “splatted” — the game’s version of being killed in action — results in a short respawn time, from which the teleport jump becomes essential. Points are earned for splattering others or covering territory and, while didn’t mean much beyond bragging rights in this play test, will help when ranking in the full game. At the end of a match the painted areas are tallied up and a winning team is chosen. The matches last all of 3 minutes each, and about 10-12 of them can be fit into an hour. 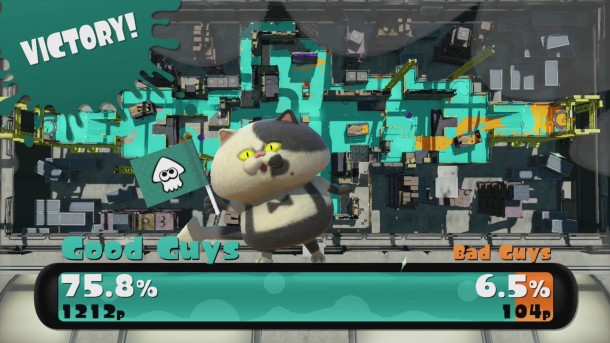 That hour wasn’t enough, though. I was left with a great taste for the game and wanted to play more. It’s very accessible, allowing both shooter vets and newcomers to enjoy it. Even in matches where my team was slaughtered or did the slaughtering it never felt like it was too easy or difficult. The colorful designs and the pop-infused music helped to keep things cheerful. My 5 yr old daughter grabbed the Gamepad during the last few rounds and enjoyed just running around as much as she did splattering others with ink. And though voice chat would have been nice, I didn’t find myself missing it. With only 4 players on a team, and the ability to jump to another teammate’s location, it never felt like we weren’t communicating.

Splatoon could very well do what Nintendo wants it to: bring shooters to a more family-friendly public like Mario Kart did for racers. I’m hopeful for at least a couple more play-test sessions to be announced before the game’s May 29 release date, but my appetite is whet and I’m genuinely looking forward to it when it does.