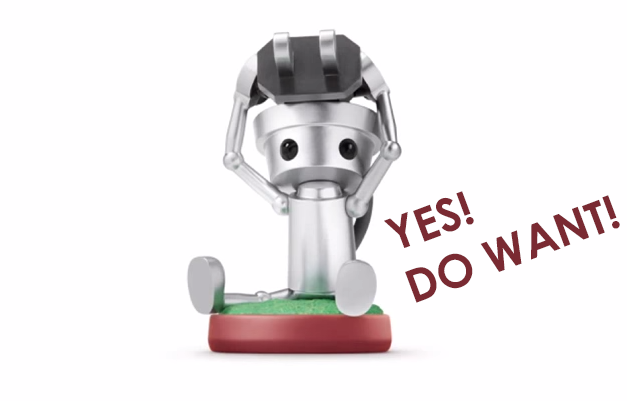 We’re just two weeks away from E3, so things are supposed to be quiet on all fronts until then. I guess not! During two separate events today, a plethora of new games were announced for Nintendo platforms.

In a surprise move, Nintendo held a special Japan-focused Nintendo Direct this morning geared to showcase games coming to the Wii U and 3DS this Summer for the country. The company will surely have some interesting & important announcements at E3, so this morning was a bit of a surprise, especially considering the amount of new games that were announced.

Capcom also held an event — the Monster Hunter Meeting 2015 — in Tokyo. Perhaps most surprisingly was the announcement of the next installment in the venerable Monster Hunter series. Titled Monster Hunter X (cross), the new 3DS game will be thematically massive. Built on the MonHun 4 engine, it features four towns from previous MonHun games as well as four main monsters, collecting the non-numeric years of series in a sort of massive compendium. Think: Monster Hunter Freedom, Portable, etc. The game will allow for a variety of play styles and new special moves will be triggered based on those styles, giving players a choice of how to approach combat and exploration. This is the first time many of these games (or parts of them, rather) will be arriving on a Nintendo platform. Monster Hunter X arrives this Winter in Japan.

The company also announced that Monster Hunter Diary: Poka Poka Airou Village DX, an updated version of the felyne-focused PSP game, will also now arrive on 3DS. The From Software developed game will include Nintendo collaborative DLC, much like MonHun 4 did, as players take the reins of the series’ cat-like race to build a base and carry out quests. Special bonuses will unlock in MonHun X for owners of both games.

During the Direct, Nintendo revealed that a new entry in the Chibi Robo series was on its way. The game, a side-scrolling platformer, features the minuscule robot adventuring through levels armed with a plug-styled lasso. It almost feels part Castelvania, part Bionic Commando. Chibi can grab platforms and obstacles and move them with his lasso, as well as defeat enemies.

More awesome though may be that a special Chibi Robo amiibo is launching alongside the game, giving the character special abilities to use in the game. Prepare to wait in line for yet another adorable amiibo you’ll not need but want any way. No Western release date has been announced, but Japanese fans can expect it in the Fall.

There are plenty of rumors floating around of Animal Crossing coming to the Wii U, but we already know of the next game in the series: Happy Home Designer. The 3DS game, which lets players create and decorate homes for the town’s residents, was revealed earlier this year and features a heavy use of the company’s first set of amiibo cards (as opposed to figurines). Though it’s coming to the West in the Fall, it’s been revealed that Japan will get it in July. That’s a little over a month away! It launches along side a specially themed New 3DS XL, card packs, the 3DS’ amiibo portal and regular-sized New 3DS covers.

We’ll hear more about its Western release at E3, more than likely.

Oh, hey, what’s this? A surprise announcement and launch? There’s a new Dr Mario game coming to the 3DS and it’s available TODAY (in Japan)! Focusing on multiplayer action, the gameplay should resemble just about every Dr Mario game that’s been released thus far. It’s Japan-only right now, but it’s probably safe to assume that it’ll launch this side of the Atlantic and Pacific relatively soon.

I don’t know what Bandai Namco’s upcoming Wii U Free-to-Play game Project Treasure is supposed to be, but it looks… interesting? The game looks like it will feature 4-player online co-op as gamers clear rooms and traps to get loot. Not much else is known about the game yet, but we at least now have a trailer!

More Fire Emblem If information was announced, including a 10-minute gameplay video and the details of a new “My Castle” mode that allows players to develop and build up a home base, complete with shops. Streetpass will allow players to visit each others’ castles and buy items and weapons.

If launches next month in Japan, with a 2016 release date for the US planned.

Finally, there’s a new Mario and Sonic at the Olympics game coming, in line with next year’s Rio Summer games. So there’s that! Coming Summer 2016, if you’re interested in seeing the only good Sonic the Hedgehog series of games that’s been around since the 90s.